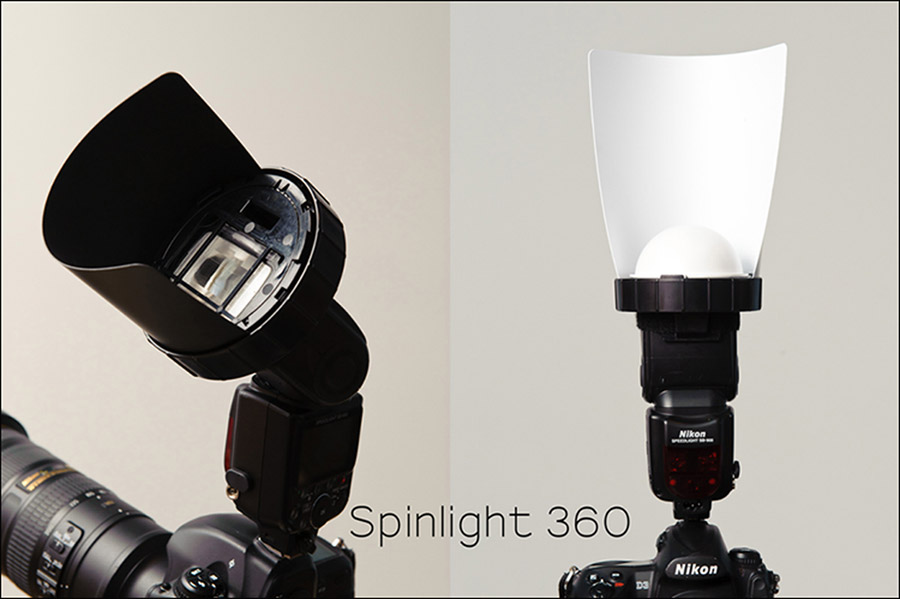 For the past few weddings I have photographed, I’ve been testing out a new flash modifier – the Spinlight 360. I’ve been putting it through its paces, checking whether I like it and whether it would hold up during actual shooting of an event. And I do. So *this* post is the public premiere of this device. The auspicious announcement of the Spinlight 360

Instead of just diffusing flash, or having a bounce card, the Spinlight 360 also encompasses the idea behind the black foamie thing – that it is all about the direction of light, not just how your flash’s light is dispersed from on top of your camera.

I’ve had many people suggest I should sell the black foamie thing, but for me the BFT has always been about the technique, rather than the actual device. And I loved that it was so cheap and easily crafted. But it has its limitations when there is nothing to bounce your flash off, and you really need a bounce card to act as a larger surface to create softer light. Also, the BFT wasn’t easy to adjust from horizontal to vertical position. But with the Spinlight 360, you can easily rotate the black card which flags your flash. It is flexible and adaptable.

So here it is – a versatile modular on-camera flash modifier.

More info on the Spinlight 360, and info on how to order one.