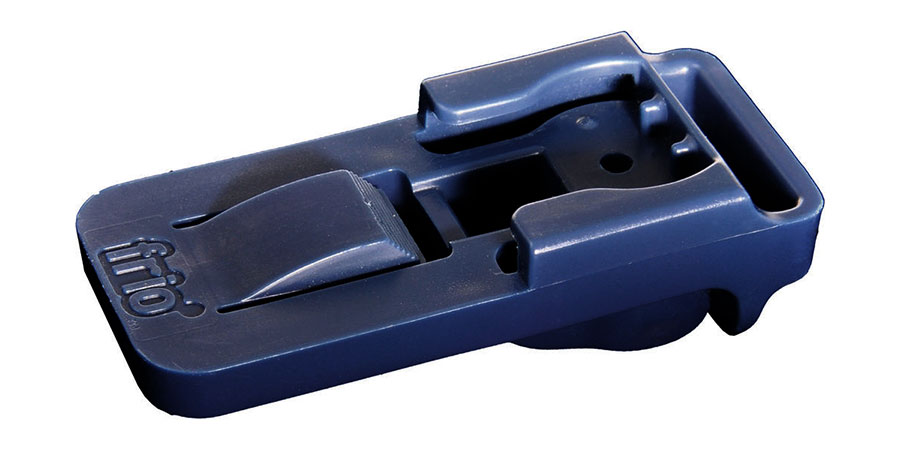 The Frio is such an elegantly simple device – ready-made for those times you need to attach a speedlight to a light-stand or umbrella bracket. What makes it so neat is that you don’t have to tighten a twisty knob to attach the flash. And neither do you have to un-tighten that same over-tightened knurly knob when you want to release the speedlight again.

Where the Frio really shines is with the modern speedlights that have a pin & lock system. This make them nearly impossible to seat securely in some coldshoes. With the Frio’s way of clipping the speedlight into position, that’s not a problem any more.

The Frio has a unique way of keeping the speedlight secure – it just slips in, and then the clip at the end holds it in position. To release the speedlight, just push down on the end of the clip, and the speedlight is easily shuffled out. Simplicity itself, with no risk that the speedlight can accidentally wiggle loose over time.

Since the Frio is made of a hard plastic, it can shatter if knocked too hard. I’ve lost one of them that way. But I see this as an advantage in that the Frio gives way; not my speedlight’s hotshoe. I can more easily replace the Frio.

The Frio can take anything that has a male hotshoe connector, such as a microphone or an LED video light. So that gives it a certain flexibility in use, and an easy choice to just have 2 or three in your camera bag anyway. It’ll find a use, somehwere, someday.

You can buy the Frio from this Amazon affiliate link.