The surprising thing about photographing a time-lapse project, is that often I only have an idea of the actual scope of the event afterwards when I create and edit the final video. That was partially the case here with this time-lapse photography project where a wedding reception tent was built in a client’s front yard. My brief originally was to to create a timelapse of a tent being erected in the garden for a wedding. I had no indication of the scale initially. When I changed the camera half-way through the 3-week long event, did I realize there is something larger happening here than just erecting a marquee tent! The lavishness of the event itself, I only saw when I was processing the RAW files for the video, because I broke down the installation after the day after the event had completed.

This main tent was for the wedding reception. If you look at the video clip again, note that there was a second tent being built as well, right over the swimming pool area. This is where the ceremony was held.

As mentioned, this entire time-lapse project took 3 weeks to shoot. I initially had a camera outdoors mounted in a weather proof rig (that runs off a solar panel) – you can see this installation in the first photo below.

About the outdoor long-term time-lapse rig — The rain in the timelapse video didn’t hit the camera — the camera was safely inside this housing. The glass on the front of the timelapse rig is some kind of special glass that is resistant to drying marks forming.

Then when the tent was erected, and the decor inside was about to be properly started, I moved a camera inside the tent. Since we were now working indoors, away from the rain and elements, I didn’t need a weather-proof housing. I mounted the camera as I high as I could on one of the main beams, to get a high viewpoint of the event unfolding in front of us. 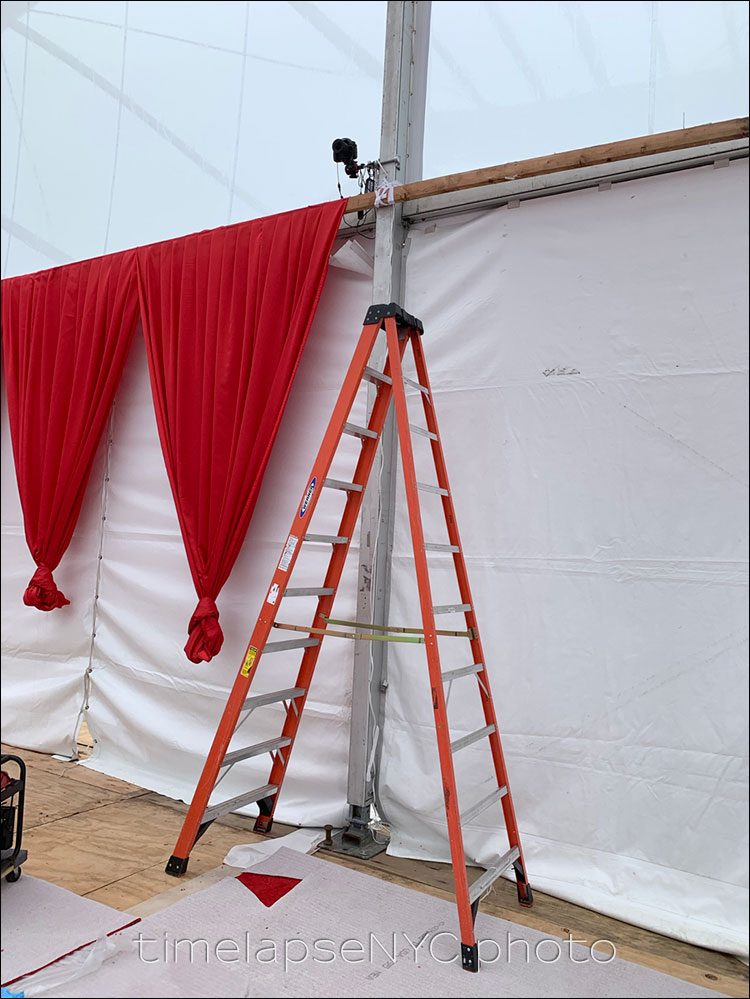 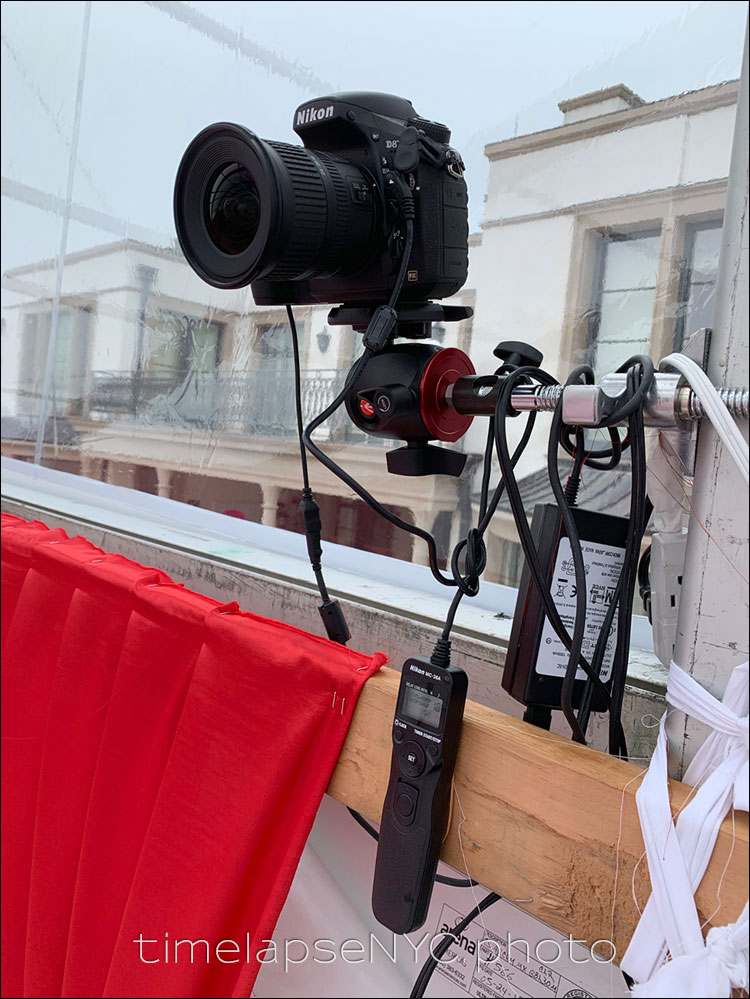 They started breaking the wedding reception decor down within minutes of where it fades out. All coming down and reverting again to a front lawn with a beach view.

The erection of the tent was sped up to twice the speed of the interior section, so that the video is about 50/50 balanced in terms of the outdoor and indoor.

For those curious about the outdoor long-term timelapse rig — here is one that ran continuously for 3 years! — PNCT: Long-term time-lapse.