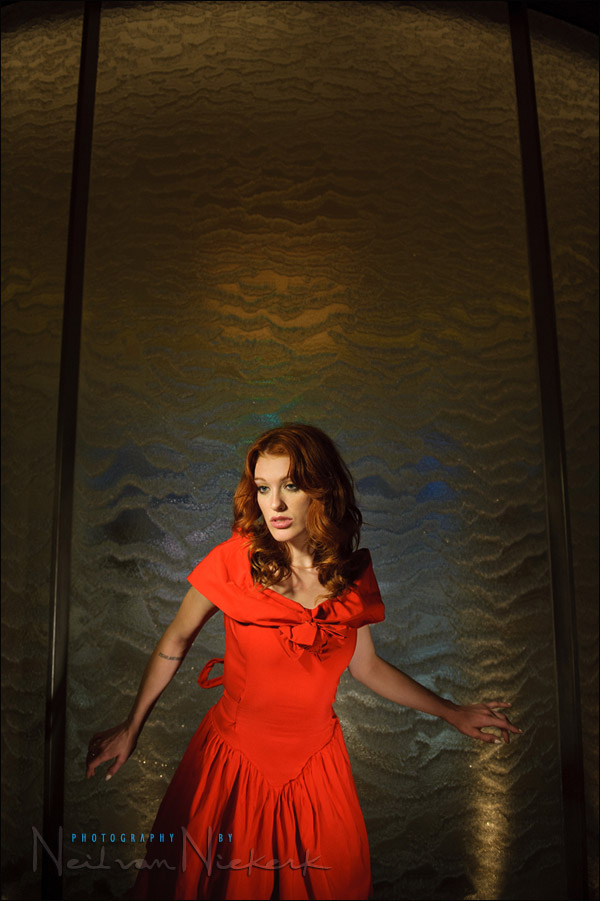 A favorite image from today’s workshop (Dana Point, CA), was lit by two LED video lights. Our one model, Virginia, was posed against the back of a waterfall display in the hotel lobby.

When I first saw this display in the lobby, and saw how it looked when backlit by the available light in the front, I knew it would make for an interesting backdrop.  Flash would even out the light too much though – especially bounce flash – so I knew this would be an ideal place for a dramatic portrait with video light. So in the late afternoon, the workshop group photographed Virginia against this display.

We resorted to two LED video lights though, since we were able to minimize a specific problem we had in using just one light … 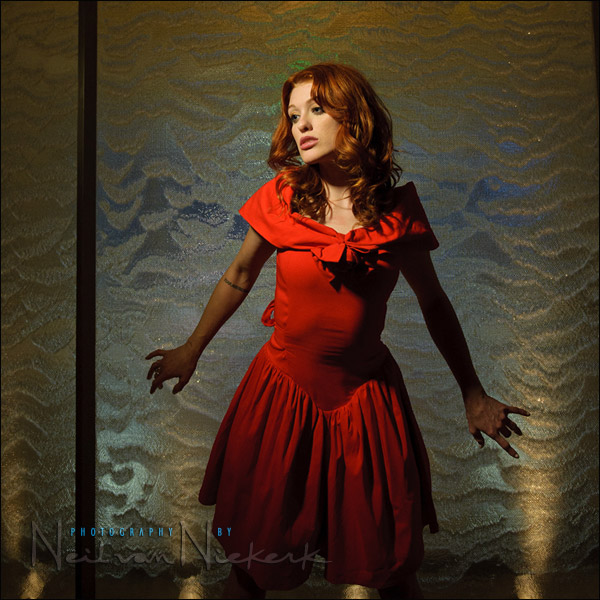 When we started off, we only used the one video light, but it immediately was obvious that the single light created hard shadows on her dress that was unflattering on her mid-riff. It was a problem with our lighting – definitely not with our model. We either had to change the pose, or change the light.

We then added a 2nd video light with the dimmer adjusted so that it only gave enough light to smooth out the shadows on her middle.

Here is the pull-back shot where you can see the positioning of the two video lights. 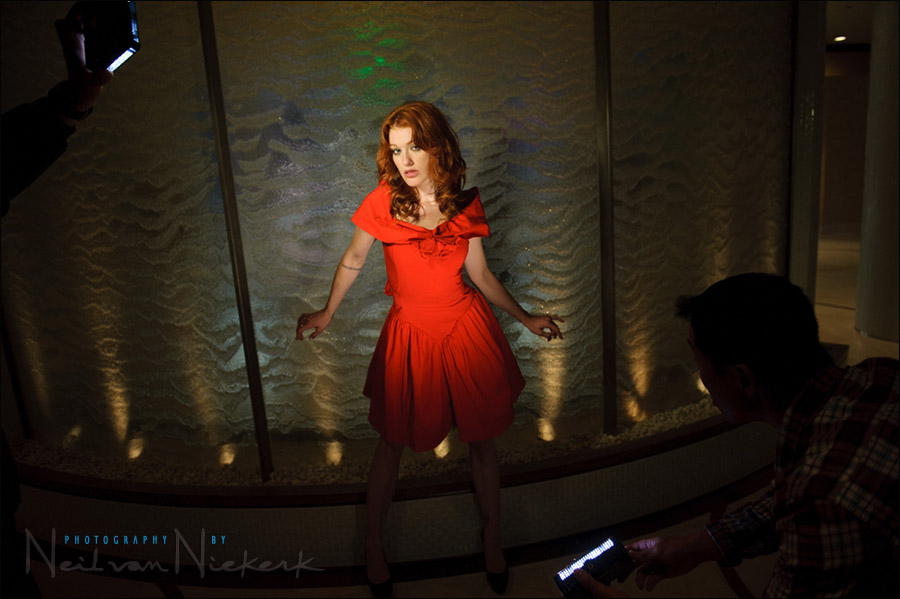 The 2nd light (with reduced intensity), also then helped in reducing the contrast and “opening up” the light on her. Far more flattering!