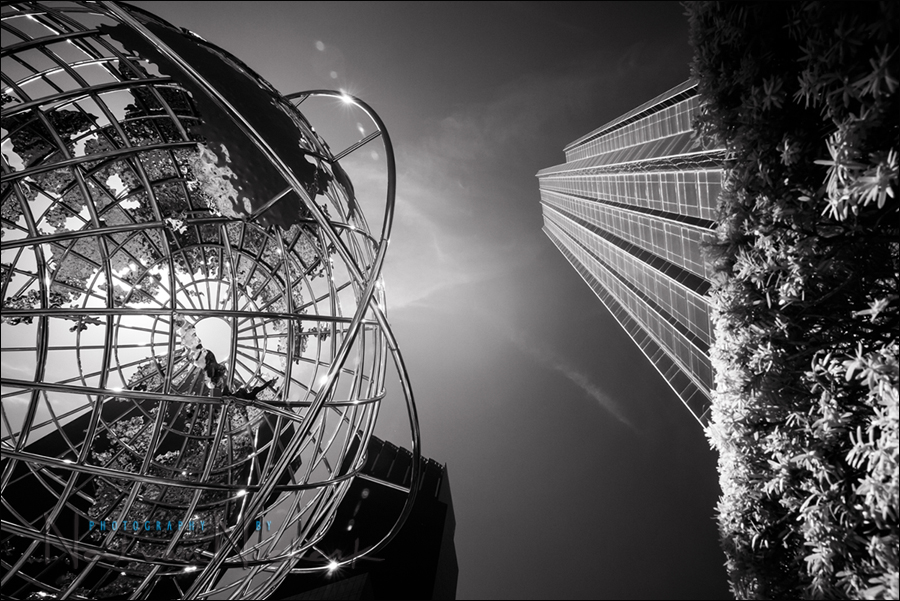 Funny how personal projects often work – there’s the initial enthusiasm, and then life and work takes over. Last year I bought a used Canon 5D mark II that had been converted to Infra-Red. I did take it out twice for walkabouts in New York – and posted the initial results. But then the work-load added up, and then a particularly harsh winter where it was just too miserable outside to go exploring in the city – and I never took it out again, until now. With the weather improving now and the sun shining, it was just a good time to go out and shoot for fun again.

A photographer friend, Amanda Stevens, joined me with her Fuji X20 that had been converted to deep Infra-Red … and we went exploring in Manhattan. One trick that Amanda showed me that  should’ve been so obvious to me from the start – since you can’t really meter for infra-red, it made sense to view the scene via Live-View, and then adjust the camera settings until it looked good on the back of the screen. So obvious, and yet, I still worked within the old-school mindset of looking through the viewfinder, and trying to read the scene.

The image at the top was taken at Columbus Circle, NYC – the bit of green shrubbery started to turn white where the sun hit it. The sun behind the globe also gave a glow to the image.

Here are some of the other images that also worked particularly well: 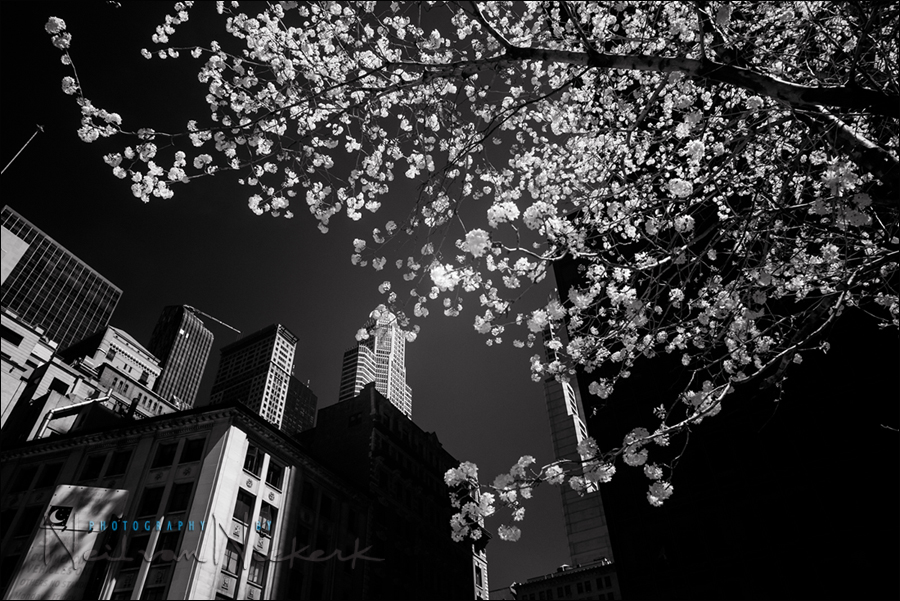 The building on the left was in shade, so it went black.
The blue sky too went very dark, because little infra-red is reflected. 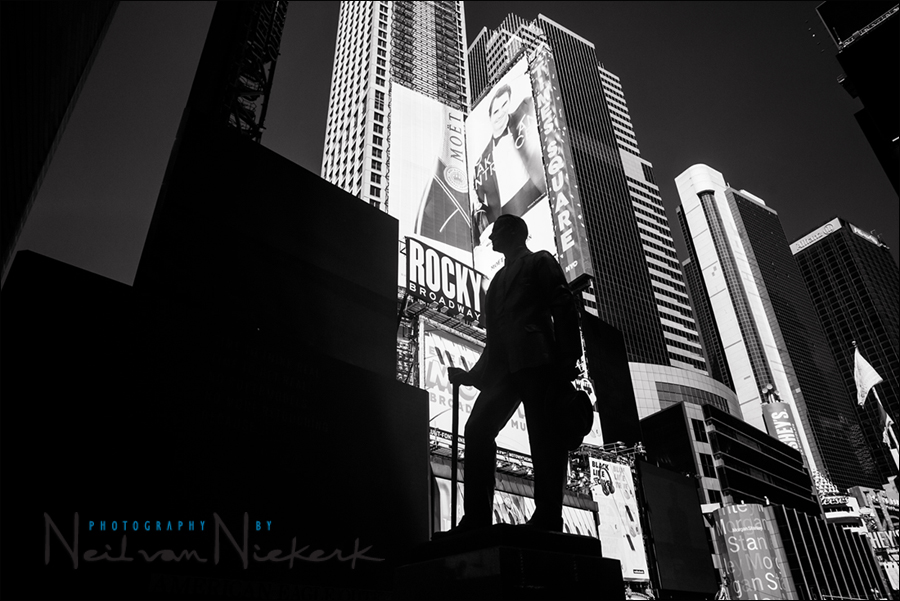 The statue in the middle of Times Square, near the red steps. The giant electronic billboards (to the left here), are completely black in the frame, since apparently they don’t emit infra-red! Just the sun-lit areas are exposed. In this way, working with infra-red in an urban area is quite unpredictable. 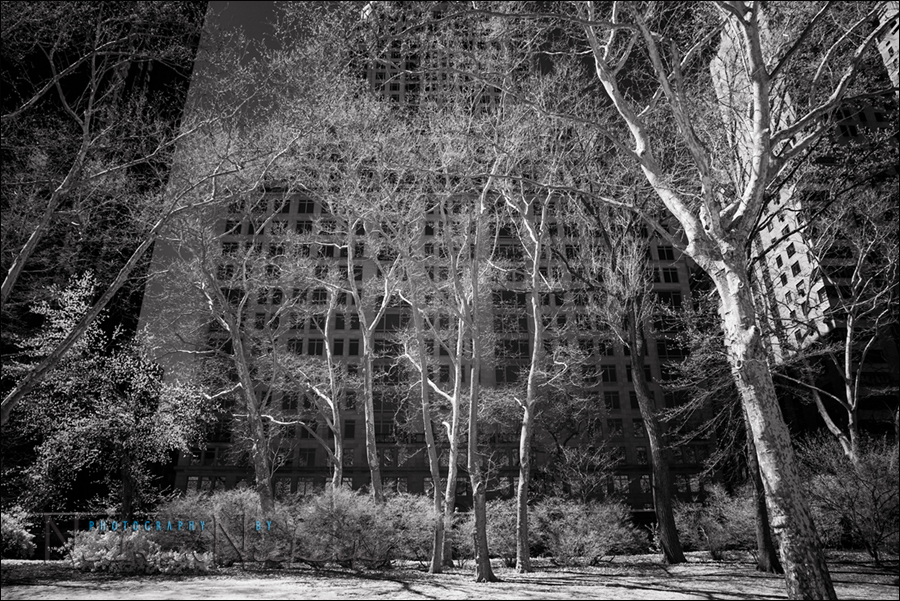 Going more towards the classic use of infra-red, with a landscape in Central Park.
The trees are ghostly white, even without much foliage. 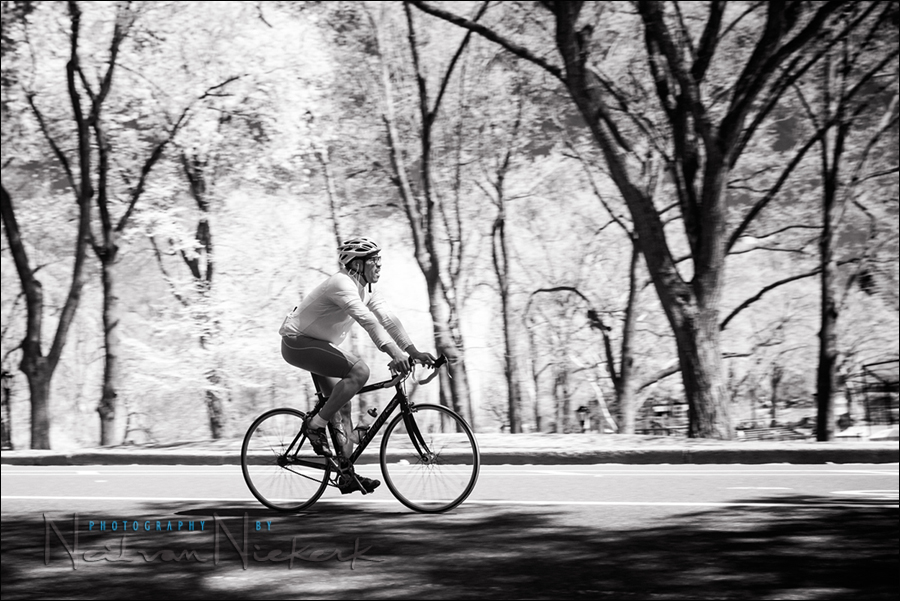 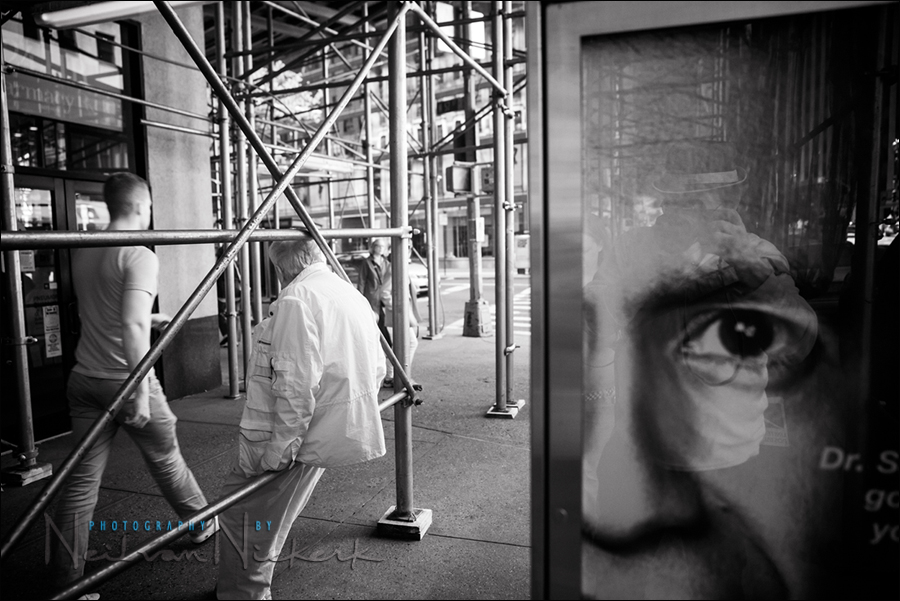