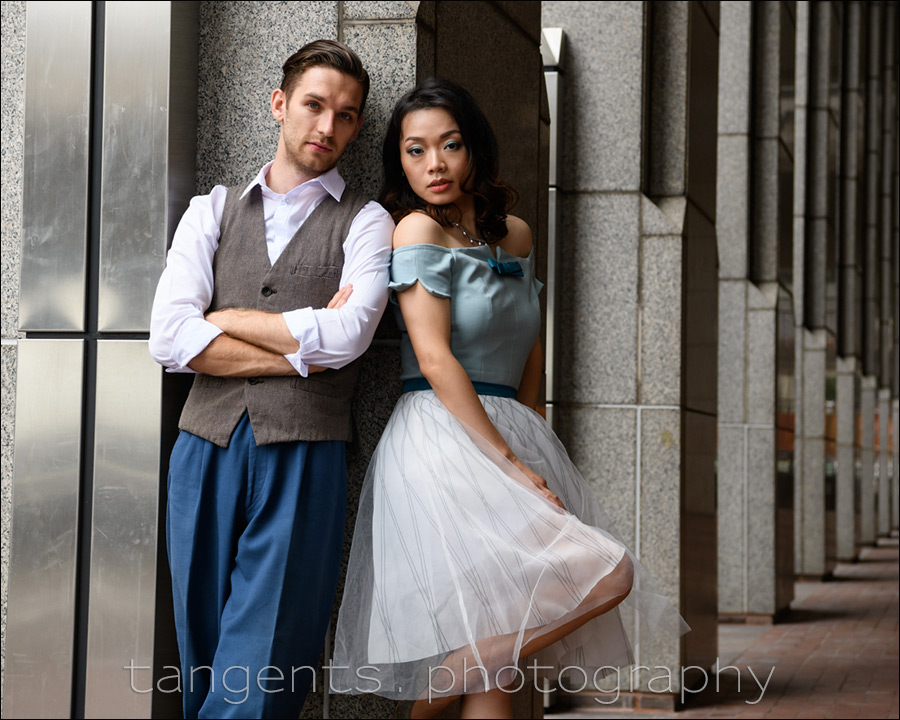 In the review of the Nikon D850 camera, I noted that this near-perfect camera had one major flaw for me – the medium RAW files appear soft. For event work or any kind of volume work, the massive full RAW file is just too much overhead, whether in storage or processing time. I need a RAW file in the 20-24 megapixel range. The medium RAW file of the Nikon D850 (B&H / Amazon) would have been ideal – allowing me to shoot the majority of work as medium RAW, and occasionally flipping over to full-size RAW.

I have had several photographers contact me to say they just don’t see the same results as I had. One of the things that I take pride in with the Tangents blog is that I want everything that I show and explain, to be real and stand up to scrutiny. That’s one of the motives behind this website – with the Flash Photography Tutorials, I wanted to be able to show the results from the techniques, and not just make big claims or grand-stand, as you often see on photography forums or in Facebook groups. I want the material to show in consequent way, what the flash photography techniques can achieve. The same goes for everything throughout the site.

In testing resolution of a lens, I am mostly guided by how sharp a person’s eyelashes are rendered. That helps me decide if something is really sharp … or just adequate. It works for me, but it isn’t exactly a neutral, scientific test.

The idea that I might be propagating a false idea that I found the Nikon D850 medium RAW files to be soft, pushed me to finally buy a lens resolution chart – this one. It is made by AbelCine. More about it on their FAQ. There’s still a learning curve for me in properly interpreting the info to be gleaned from it. But at least, there is now a less subjective way of comparing results. (That thing is expensive, so expect to see it more often here on this site!) 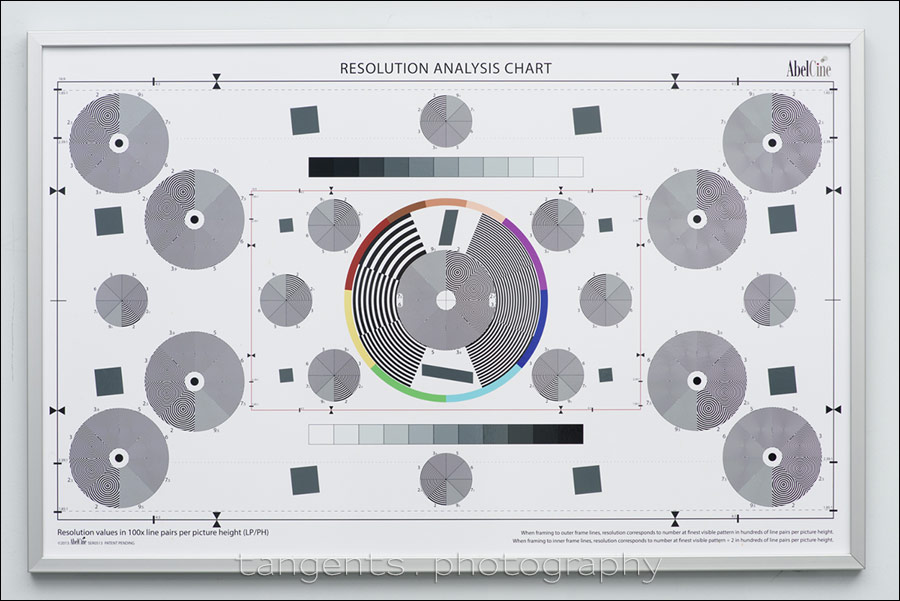 I took photos of this in the studio, using 4 cameras:

All these were shot in the studio using studio lighting, with a Nikon 105mm f/2.8 micro lens set to f/8.  That lens at f/8 is really, really sharp. I shot this at a distance of around 12 ft to the board.

Here are 100% crops of approximately the same area of the processed JPGs of the RAW files.  I tried to match the framing as closely as possible.

Now specifically look at the larger area with concentric circles marked as 7.5 – the D850 medium RAW file doesn’t show this as perfectly concentric. There is some weird artifacting happening that will affect detail. The other three cameras don’t show that. 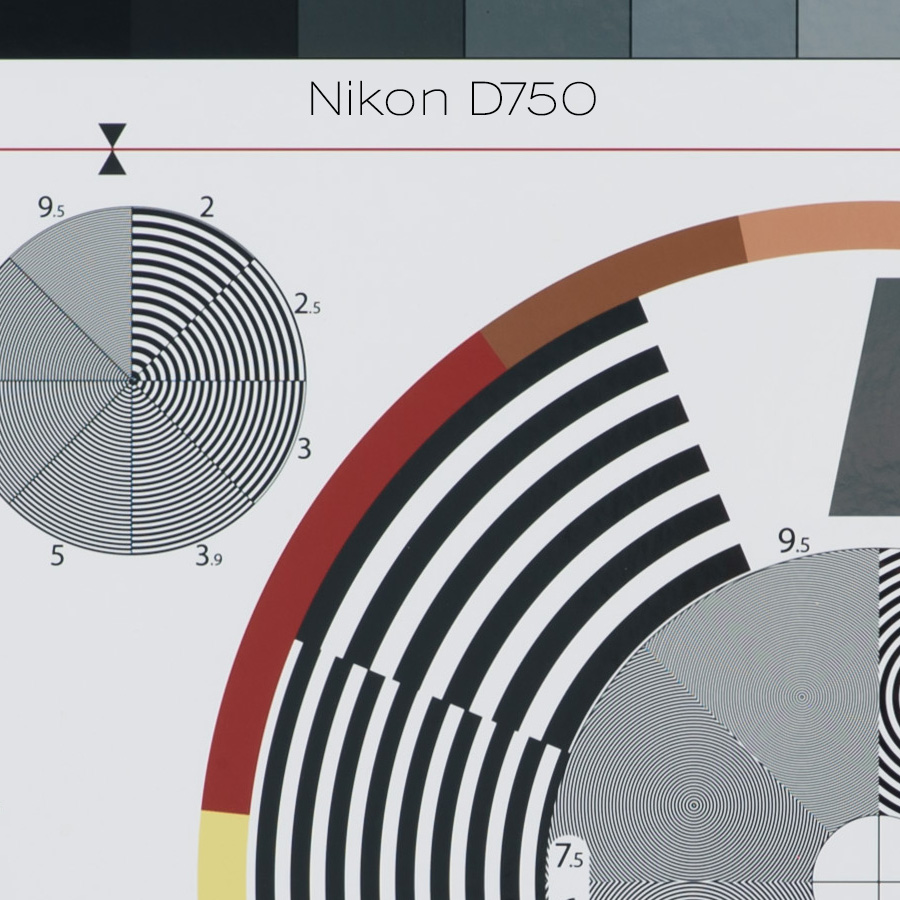 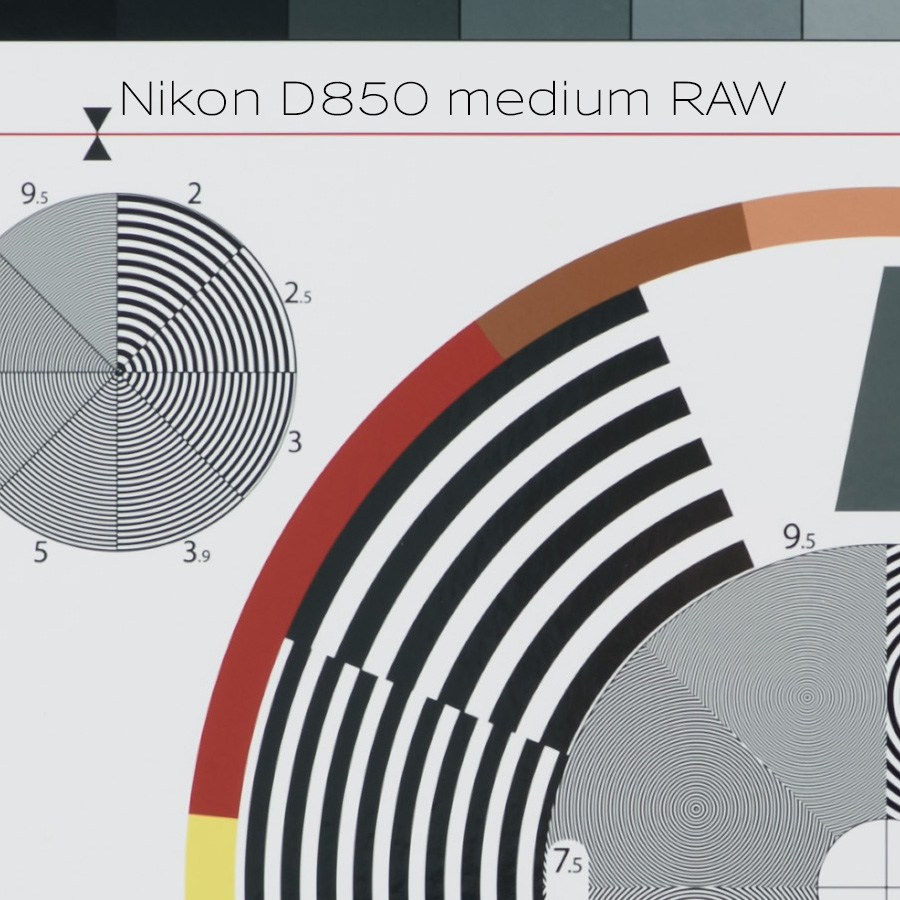 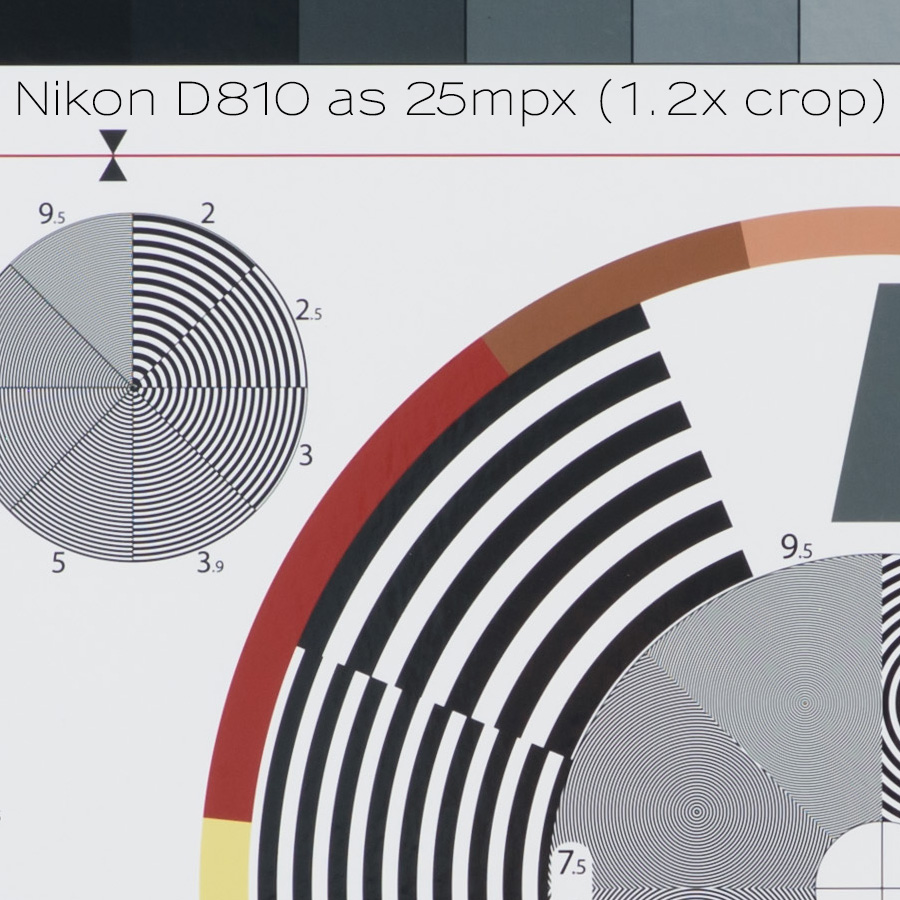 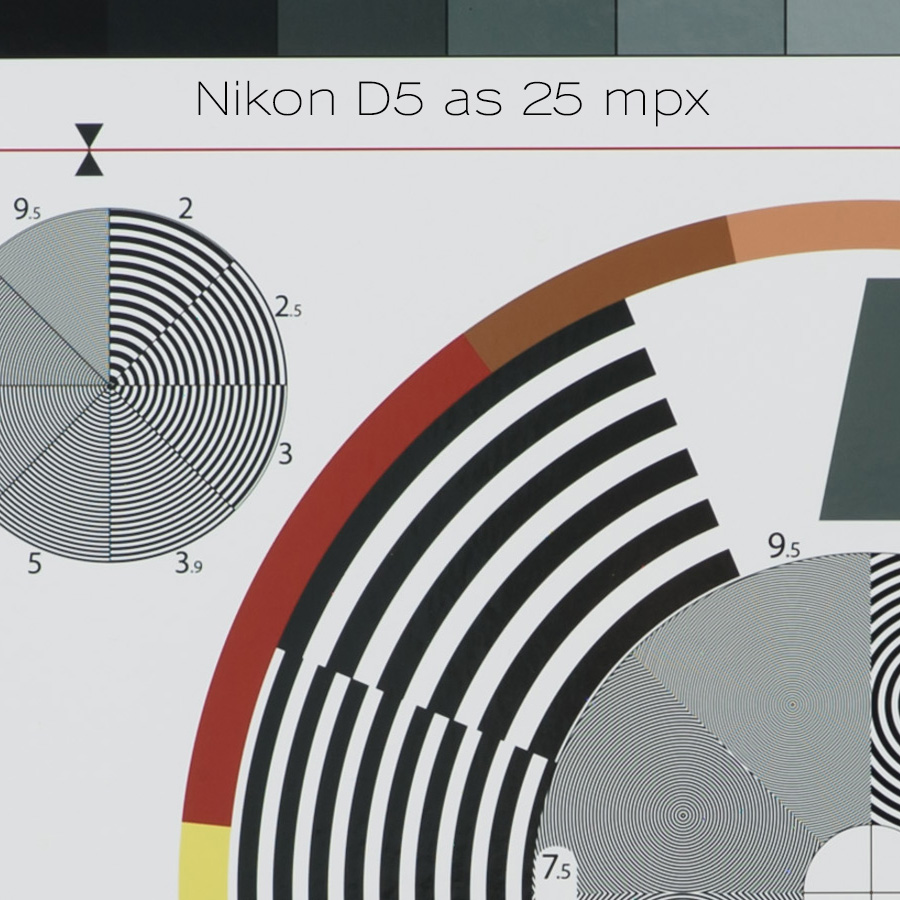 There are the results in a more tightly comparable format. Whether the differences are enough to swing you either way, is personal choice. I wanted to be wrong about this – in so many respects the Nikon D850 (B&H / Amazon) is as perfect a camera as you can possibly get. But there it is. As mentioned in my original review of the Nikon D850, it convinced me that I needed another Nikon D5  (B&H / Amazon).