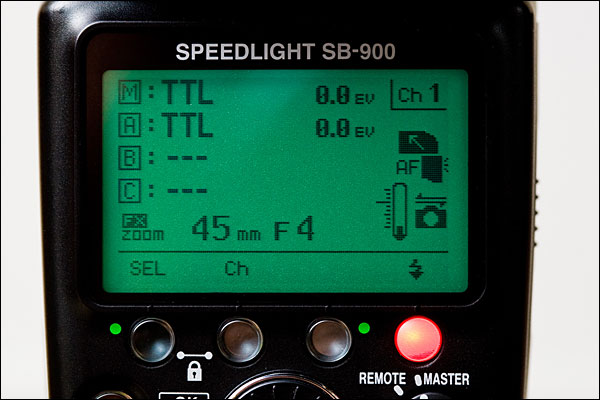 One of the features of the new Nikon SB-900 speedlight is the thermal cut-out.  This feature allows the speedlight to stop firing (ie, stop working), when there is danger of it over-heating from shooting too fast. The temperature gauge can clearly be seen on the right-hand side of the SB-900 LCD display. 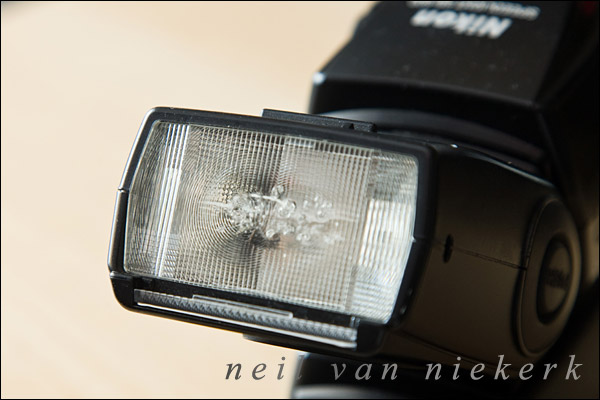 I’ve shown in an earlier posting here what a speedlight can look like when it over-heats and starts cooking.  Here is what my one SB-800 looks like:

I have to stress that this is through no fault of the equipment or the equipment manufacturer’s design. *I* am using the speedlight outside of the recommendations. Purposely, as explained in the other posting.

With the SB-900 the Nikon engineers cleverly built in a thermal cut-out to stop someone from doing this by accident.  It will let the speedlight cut out when a certain temperature is reached inside the unit.  This is a good thing.  It protects your speedlight from possible damage.  Fortunately, the engineers also allows you to bypass this in case you do need to shoot faster than the speedlight is designed for.  This is easily set via the menu on the speedlight. (One of the many pluses in favor of the SB-900 is the self-apparent menu.)

Some people don’t seem to be aware of this feature, which is strange considering they just spent $400+ on a top-of-the-range speedlight and didn’t bother to flip through the manual or figure out all the controls.

Therefore my take on the thermal cut-out feature of the SB-900 is that it is one of the advantages that the SB-900 has over other speedlights, and even more of an advantage that you can over-ride it.  The best of both worlds.

I photographed an event this past weekend, and when the on-camera SB-900 cut out, the PC terminal of the D3 was also disabled .. and this meant that none of my off-camera flashes worked.  The off-camera flashguns would’ve saved me here, but in this instance the SB-900 over-rode the D3.  There really is no reason for this to be designed this way, and is an unfortunate implementation of what really is a good option to have on the speedlight.

Similarly, if the batteries of the SB-900 become depleted, the camera’s PC terminal is once again disabled.  And that’s just silly.