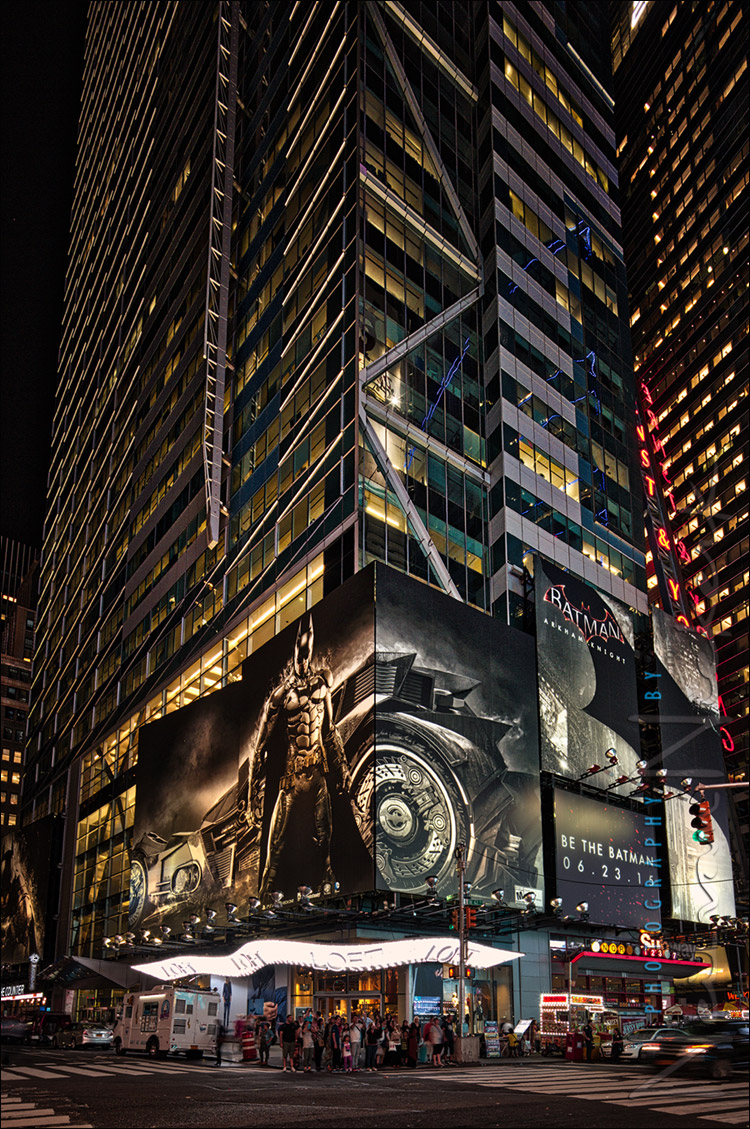 Using the Lens Correction / Transform tools in Lightroom and Photoshop, you can make quite radical changes to the perspective of a photo. You can change and skew the vertical and horizontal lines easily, and convincingly.

Since it is now much easier to to correct for leaning vertical lines when photographing buildings with a wide-angle lens, I thought it would be a good comparison to use a Tilt-Shift lens and optically correct for the verticals, versus doing so in Photoshop or Lightroom.

For comparison images, I used the super-awesome Canon TS-E 17mm f/4L tilt-shift lens (B&H / Amazon) to photograph some of the architecture around Times Square. Just shooting upwards, you get that typical vertical perspective with the buildings leaning back and becoming smaller and smaller towards the top. In the photo we’re going to look at here, I shot two versions – one with the leaning verticals (nearly completely) corrected with the tilt-shift lens, and the other, shot “straight” without the perspective correction, so that we can fix it in post-processing.

The summary to all this, is that I was quite surprised at how well even an extreme correction in post, holds up in the detail. The downside – you lose a lot of real estate in the resolution of the photo.

Correcting verticals with the tilt-shift lens

Here is the image (nearly) corrected optically (in other words, in camera) with the shift movement of the Canon TS-E 17mm f/4L tilt-shift lens (affiliate). I didn’t quite nail the correction movement of the lens – peering head-down into the viewfinder, with the top part of the buildings being so much darker, it was tough finessing the adjustments. But you get the idea.

This photo was adjusted as the RAW file, pulling down the exposure at the bottom with the local correction brush. The top-most part was also brought up slightly in exposure. 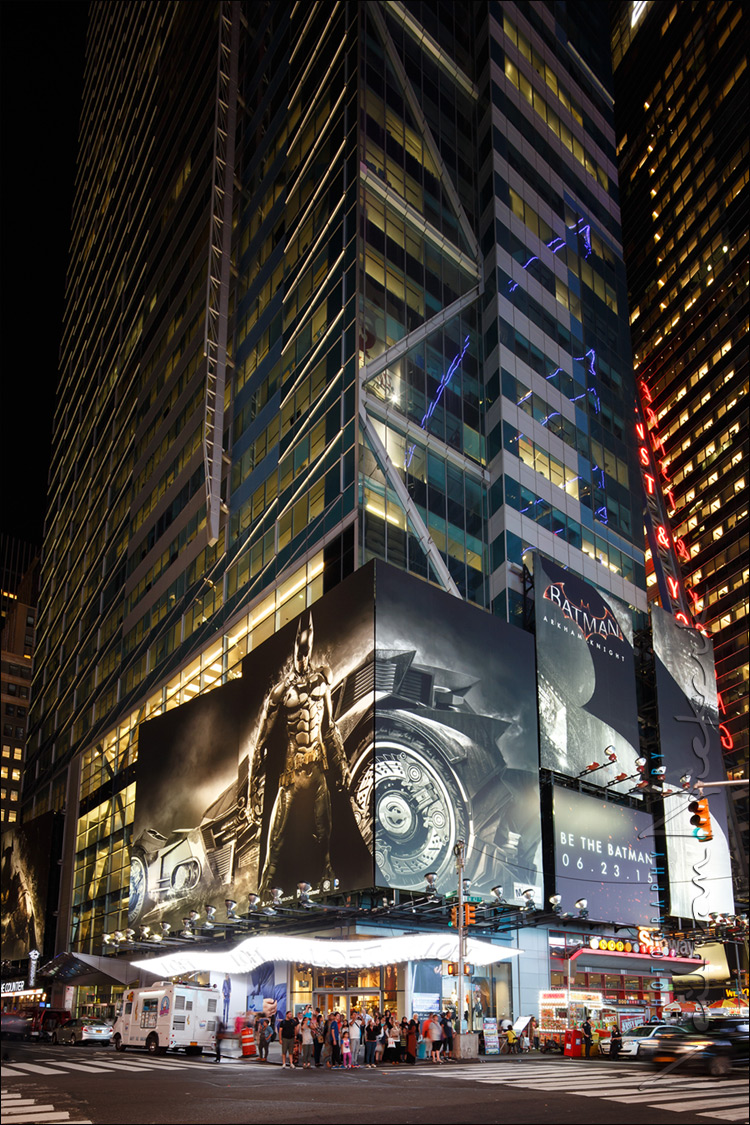 Correcting the converging verticals in post-production 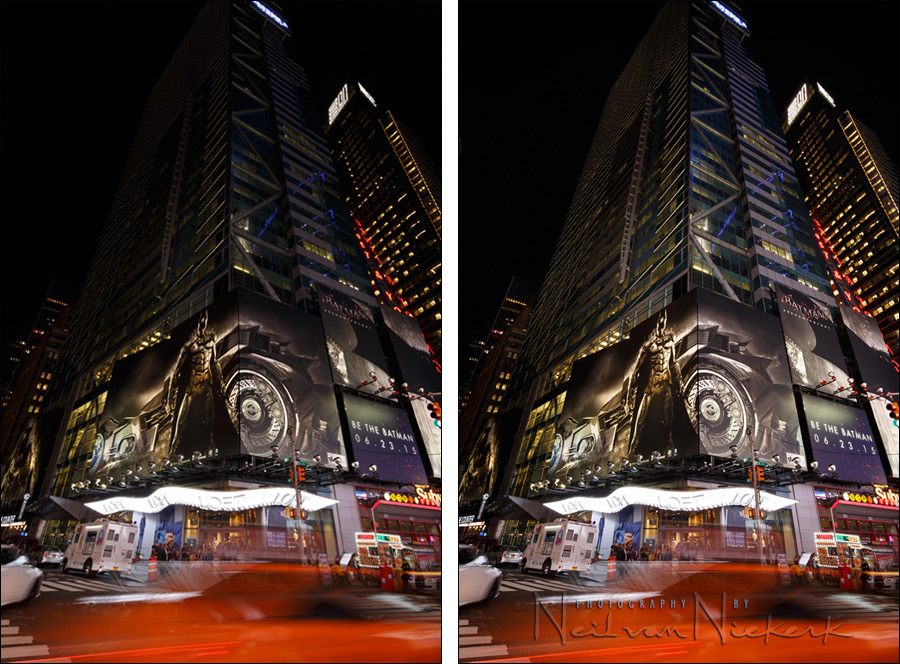 Left: the photograph, at the default RAW settings. (i.e., not adjusted)
Right: The exposure of the top-most part of the building pulled up by using the local correction brush. 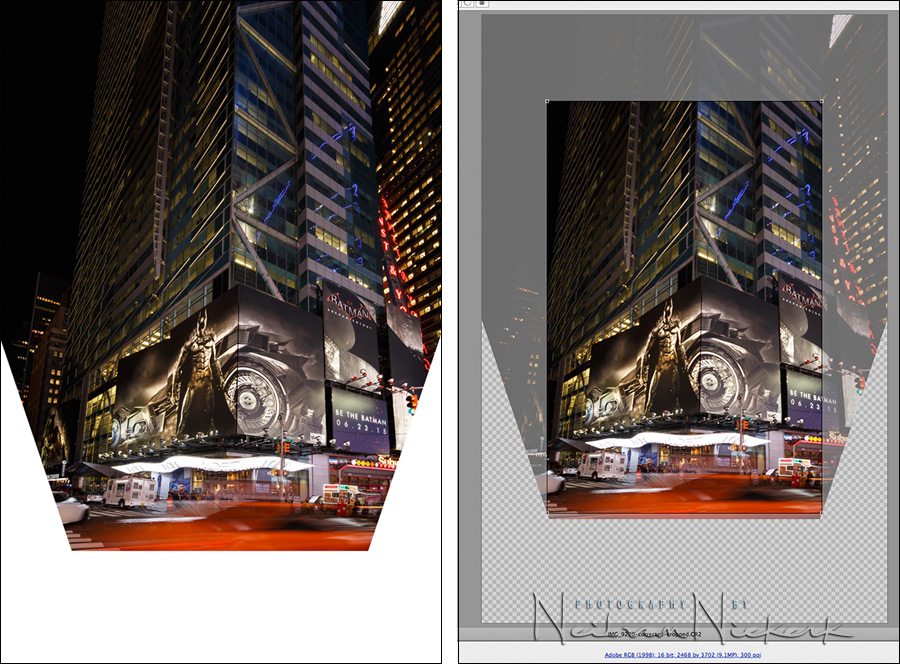 Then, using the adjustments:  Transform >> Lens Correction >> Vertical, the leaning verticals were corrected.

It is in the last step where you can see how much real estate we are losing to the correction and cropping. Using the tilt-shift lens, leaves us with the full 20 megapixel resolution that the Canon 6D offers us.  But that crop in the post-processing correction, reduces the image size to 9.1 megapixels. This is where the tilt-shift lens come into its own, by retaining the original image resolution.

Whether this is important or not, will depend on the final use of the image. For web use, the 9 megapixel image will be more than sufficient.

How well does the version corrected with software, hold up against the optical correction? 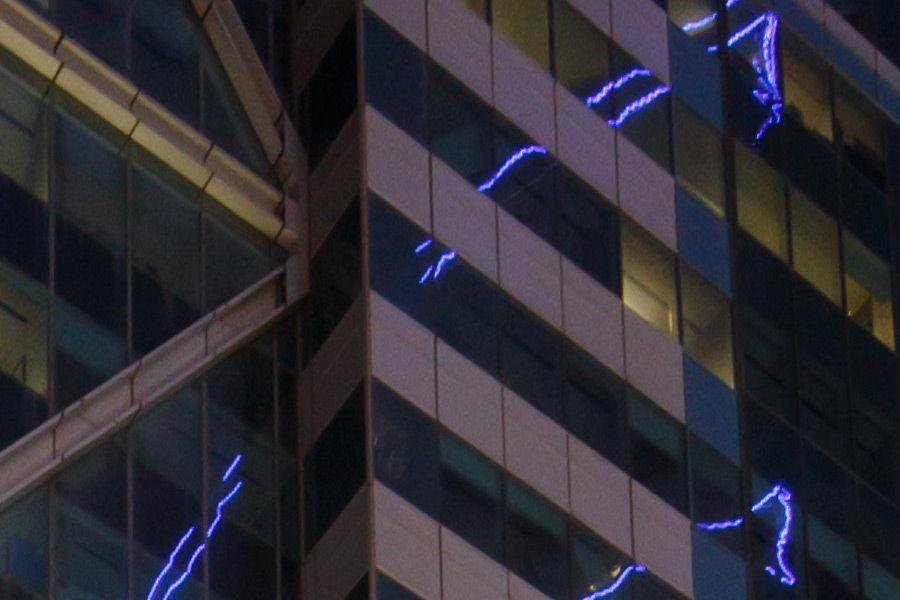 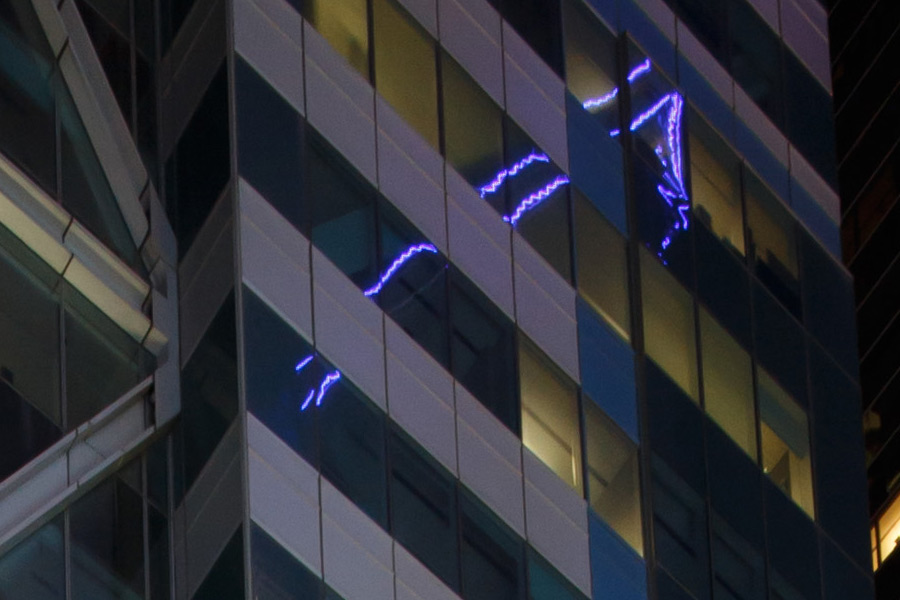 Depending on your needs and your final use of the image, the software corrected version “isn’t all that bad”. I was quite surprised at how well such an extreme correction (via software) holds up in the detail. The downside – you lose a lot of real estate in the resolution of the photo. And really, if you want critically sharp images, then you will have to invest in those tilt-shift optics!

The lens used here is the mighty Canon TS-E 17mm f/4L tilt-shift lens (B&H / Amazon) – it is an essential lens in architectural photography. 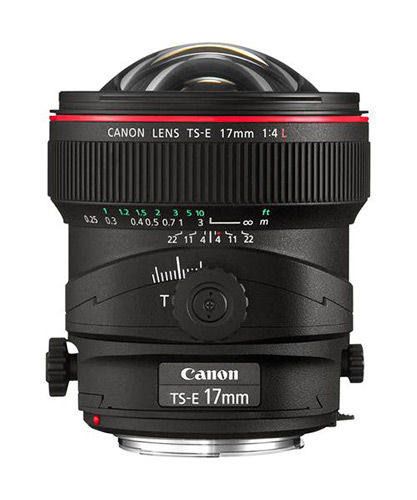 This photo (also shown at the top) where the verticals were optically corrected, was juiced up to be more colorful and punchy than the original photo. With the original photo, the buildings become darker to the top.

I used the new software by Trey Ratcliff, called Aurora HDR. Beautifully easy to use, it simplifies achieving a High Dynamic Range look, while also giving huge variety and possibilities.

The RAW file had large areas at the top which were dark, and the bottom part of the image was bright. In this photo above I used the local correction brush in Lightroom / ACR to bring the brightness up / down as necessary. With the Aurora HDR software, you have even more adjustments available. One of them is the Top & Bottom Lighting pane, where you can shift a divider line up and down (and change its width), where the image will become progressively brighter or darker. This allowed me 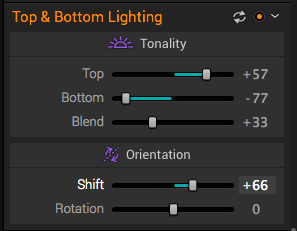 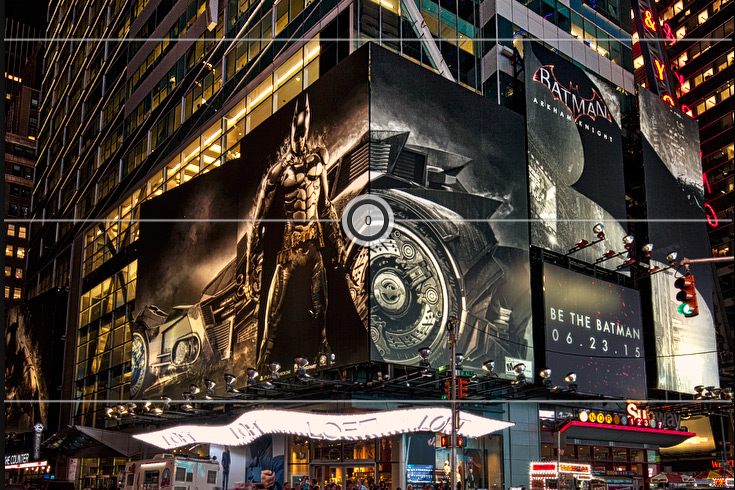 Using this, and other adjustments in Aurora, made the image really pop!