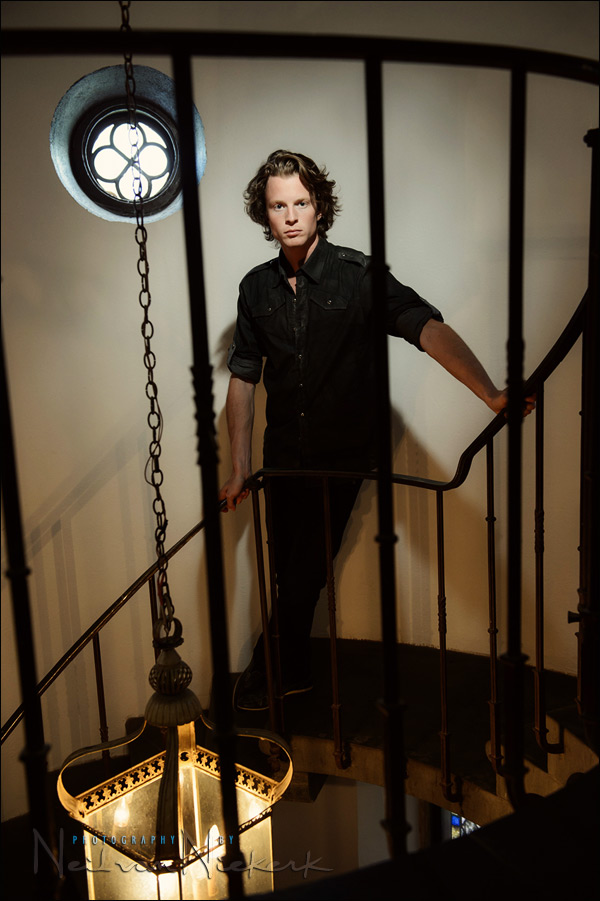 Flash photography: using a grid with a speedlight

During this photo session with Austin, I wanted to get a spot-light effect on, similar to that of a video light. Now, I have played around with various speedlight grids before, but never liked the result. Speedlite grids generally they concentrate the light to the extent that the direct light from a speedlight, becomes too concentrated and hard. For dramatic light, I really like the look of a video light, with that dramatic quality to the light, and with more defined shadows. I do want that fall-off in the light as the light spreads away from the subject.

As part of my Spinlight 360, I had two grids – white grid and a black grid. Since I didn’t have a video light with me during this session, I tried the white grid on the spur of the moment, to see if the white part of the grid would sufficiently scatter the light to “defocus” the light beam from the speedlight, while the grid itself contained the light.

And here’s the result. I really like it – a look similar to that of video light, but with more power … and with the PocketWizard TT5 on my camera, I could control the output! For this photograph, I also gelled the flash with 1/2 CTS gel to have the flash’s color balance closer to that of the ambient light. 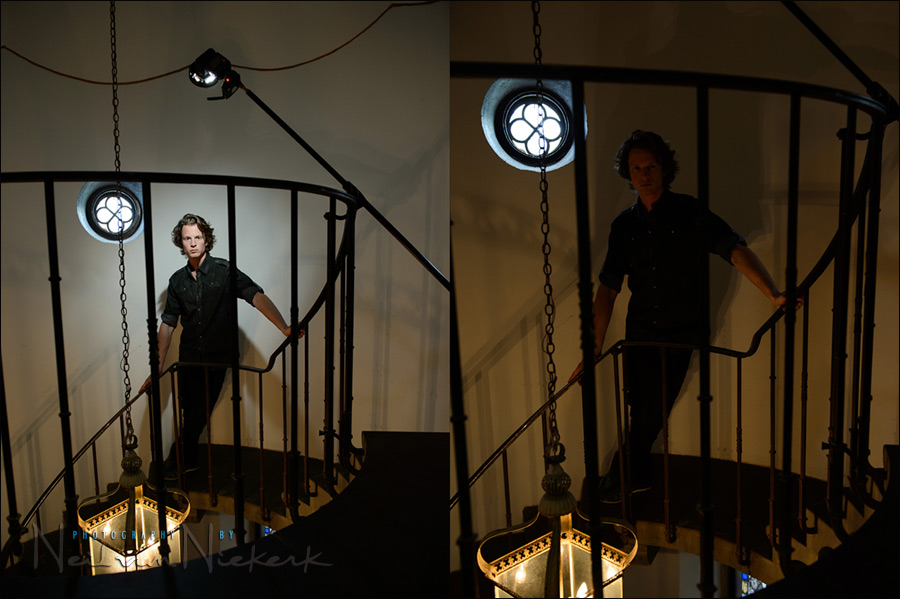 The pull-back shot to show how the flash was positioned. Without an assistant there, I simply fastened the monopod to the rail with gaffer tape. The other comparison photo is to show the ambient light levels without flash.

More info about the Spinlight 360

You can order a Spinlight 360 and the grids via this link.