The Profoto A10 flash (Amazon / B&H)is an update on the already impressive Profoto A1 flash – it is powerful, and it recycles fast – just 1 second from a full power burst. The controls on the A1, and now the A10 are easy to use. The same for the menu system – everything is obvious. With this video review of the Profoto A10 flash, we are going to look at some of that features — but also the way that you can now control the Profoto A10 via an app on your phone, using the bluetooth connection.

Another improvement that the A10 has over the A1 — the number of full-power bursts of light have been increased from (approx) 350 to 450.

One of the things I really liked about the Profoto A1 series flashes, is the way you can lock the TTL flash exposure by switching over to manual – it makes it so much easier to set an initial correct exposure. Not only is the A1 / A10 controlled via radio signal, it can also act as a transmitter – ideal if you want to fire other Profoto lights that use the Profoto Air system.

Here is my previous review of the Profoto A1 flash.

For this review of the Profoto A10 flash, I met up with Franklin Elliot, who is a musician and actor (Instagram / Youtube). The intent was to create a series of promotional style photos of him with his guitar. We mainly shot in a freight elevator of my previous studio – just the right amount of grit and grunge.

I used my trusty Nikon D5 (affiliate), and the Nikon 24-70mm f/2.8E VR  (B&H / Amazon). But I also used the iPhone’s camera, directly firing the Profoto A10 flash from the Profoto app. Handy. Interesting. But perhaps not how I would regularly shoot a photo session. Still, this opens up possibilities for us as photographers. 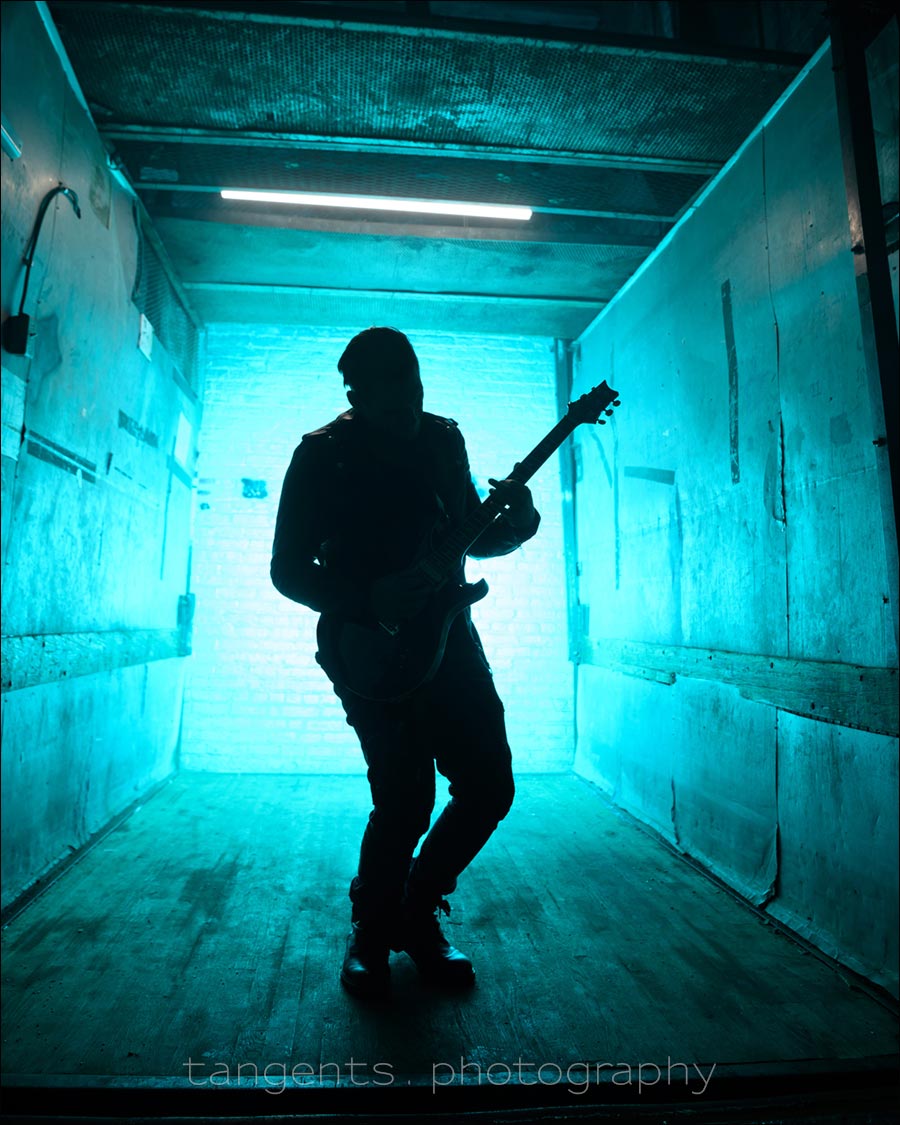 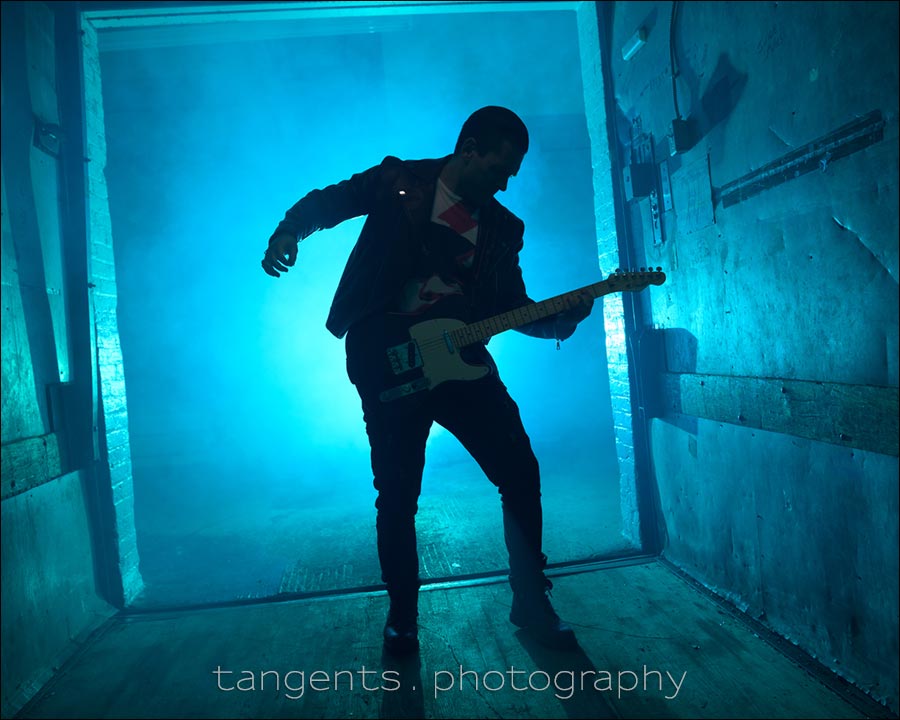 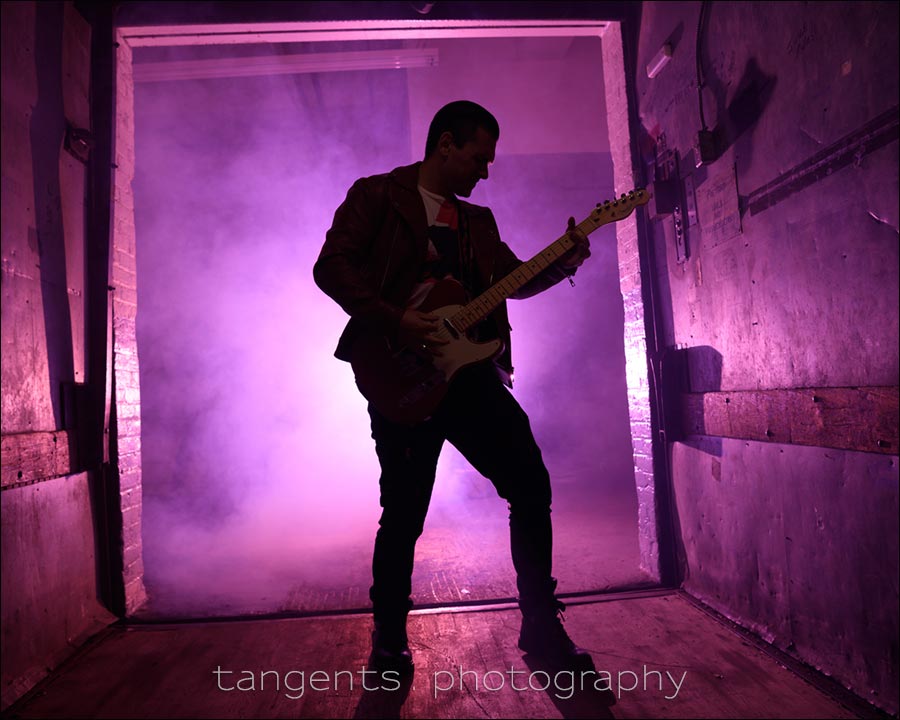 For the images shown here and in the video where I added a colored gel for effect, I used the Profoto Clic Creative Gel Kit  (Amazon / B&H). They easily clip on and off with the magnetic fit. 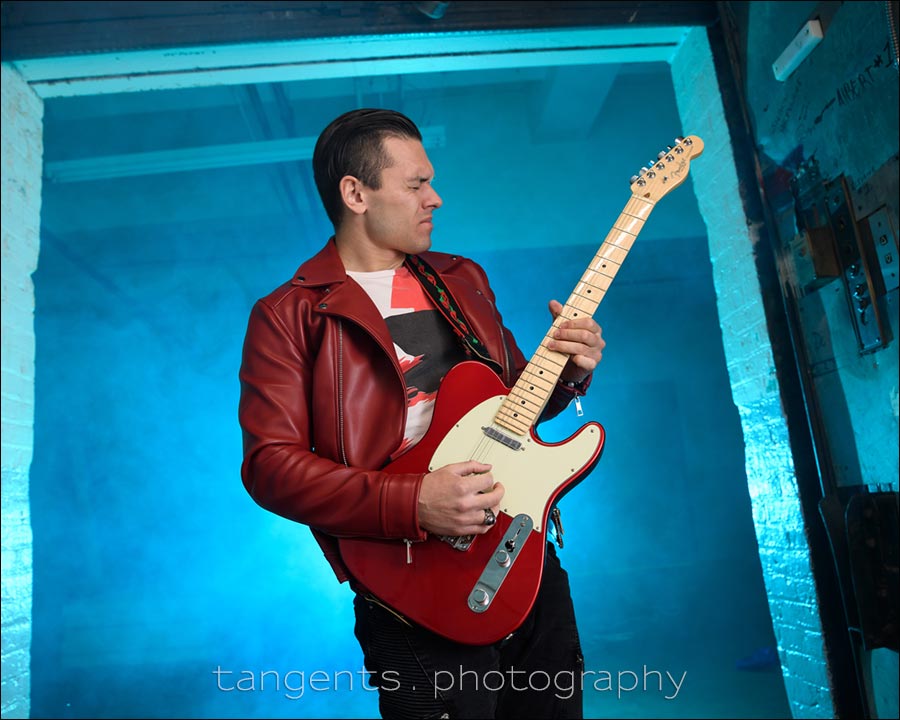 For this sequence, I bounced flash off the side of the elevator wall. I used the Profoto bounce attachment to flag the light from the on-camera flash. With this I can control the way the light spills from the on-camera speedlight. I alsomention the Black foamie thing in the video. That link will show numerous articles which explain how I use this device to give me best results with on-camera bounce flash.

The Profoto A10 is a good update on a very fine flash – the Profoto A1. All the same positives as for the A1 – it is a powerful flash; the controls are easy to use and the menu system is obvious.  And now you have the added advantage of the capability of the flash being remotely controlled from an app on your phone. Still a highly recommended flash.