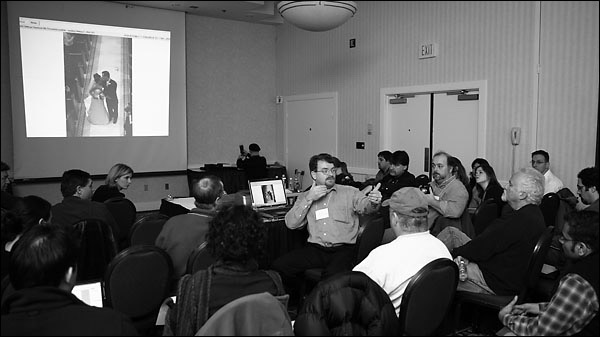 When the Tangents blog started, more or less

Everything on the Tangents blog is through a steady accumulation of writing on photography. A few articles I wrote for a camera club newsletter in the 1990’s became the initial exploratory posts in 2001 on my PlanetNeil website. One of the landmarks was when I started posting a series of articles on PlanetNeil on the topic of flash photography. These became the flagship articles of the website on which the rest was built up.

From these articles, my books on flash photography and lighting grew as well.

The initial trigger for all this was my presentation to other photographers during a mini photography convention in Mystic, CT on Jan 2nd, 2006. There were 28 of us – all members of the Digital Wedding Forum. The mini-convention / get-together was arranged as a means of networking. I was asked to do two presentations. For the first one, I decided to hone my numerous postings on various photography forums, into a cohesive presentation on using on-camera flash effectively.

It was really nice meeting the other photographers, and talk shop. As you can see in these photos of me in action during the presentation, I use my hands a lot! It’s true … I’m one of those people who can’t talk if they can’t move their hands. 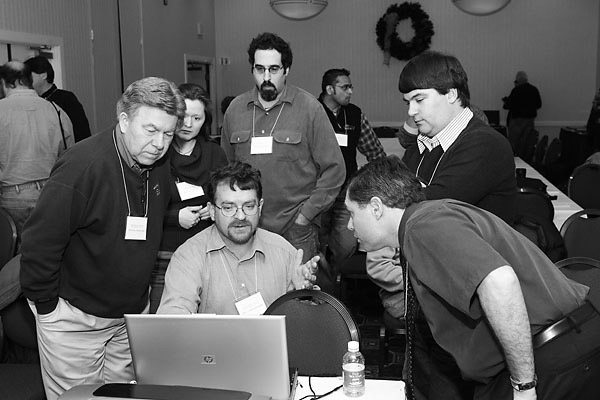 I was astonished by the response the presentation received from everyone. I initially thought the topic might be too elementary in its nature to keep the attention of other photographers, but it appeared that the presentation brought some things together. Perhaps it was that digital photography had changed how readily TTL flash could be used, and not everyone had adapted yet.

A few weeks later I turned my presentation into the online tutorial series, techniques in using on-camera flash. Response to this on numerous photography forums was great. So a big thank you to everyone who has replied to any of the posts on Tangents – you’ve helped built this photography resource.