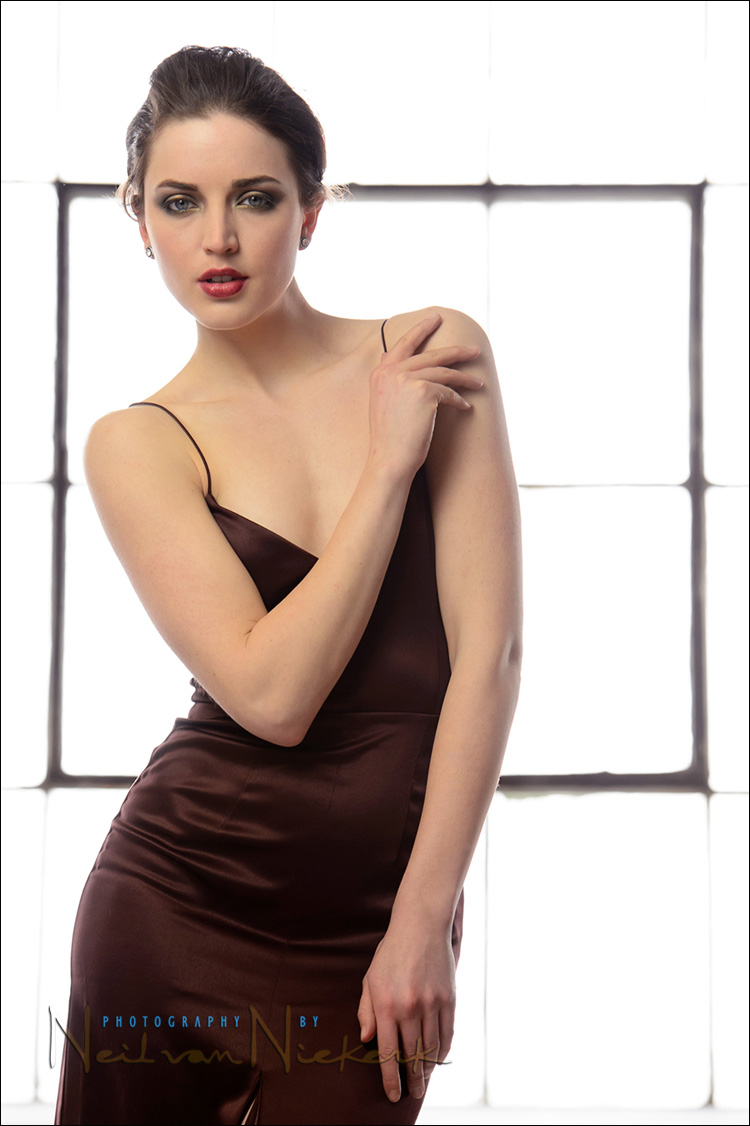 The beauty of continuous lighting, such as the  Westcott Spiderlite TD6 (B&H / Amazon) , is that you can see exactly how the light falls on your subject. It is easier now to nudge your lighting to the best position, as well as your subject in how they should move or pose.

The Westcott Spiderlites can take a softbox, which gives you beautiful soft light. The downside of these lights, are that they usually aren’t very powerful. Unless you are working with a tripod, you’ll have to rely on higher ISO settings and wide apertures.

They now sport larger and brighter daylight-balanced (5500K) fluorescent bulbs. These bulbs have a high CRI of 93, which is an indication of how good the light is compared to actual daylight. The Spiderlites can take Incandescent bulbs as well, but I preferred using them with Daylight balanced bulbs. 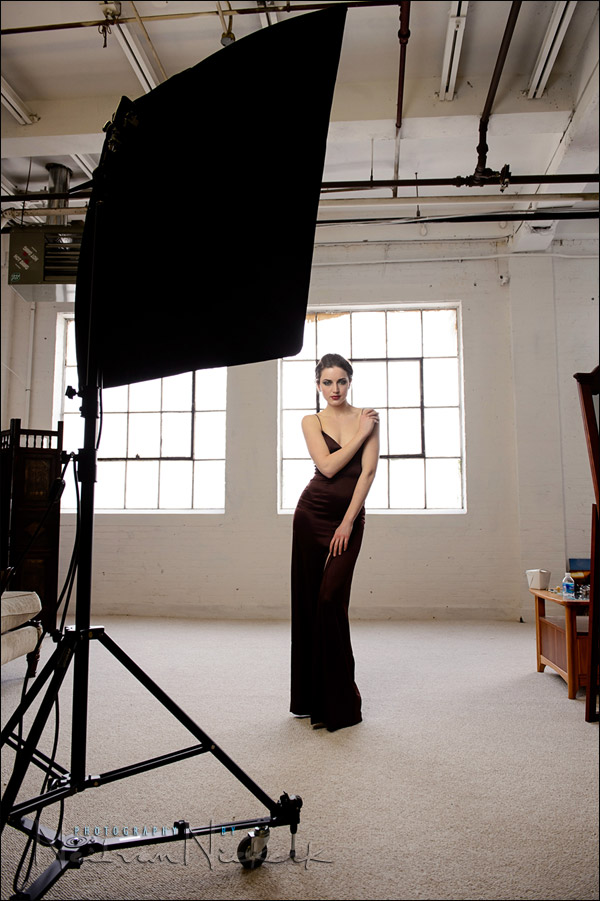 The pull-back shot to show how the Spiderlite was placed: 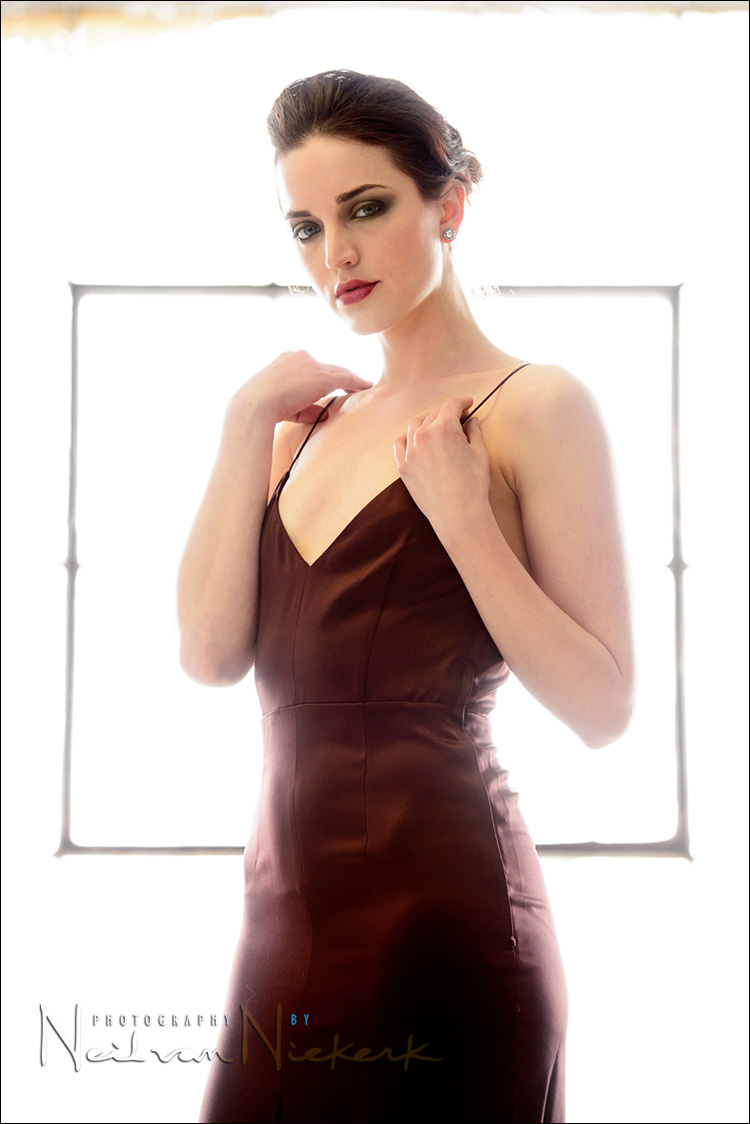 The image above is the available-light only photo – it does have a high-key look that work well, but there was no control over the contrast, and some of the highlights are sacrificed. Camera settings: 1/125 @ f4.5 @ 800 ISO.

By adding the  Westcott Spiderlite TD6 (affiliate) with the large 3’x4′ softbox, I was able to bring the exposure settings to: 1/250 @ f/4.5 @ 800 ISO (as with the top image). The light on Anelisa is now balanced better with the background … while still allowing the background to blow out.  Of course, the same could’ve been achieved with a touch of flash and a large softbox.

To create a promotional video clip for my studio, I had Anelisa stop by the studio so we could do a variety of looks. We used available light, continuous light, and studio lighting. It is also the first time we saw each other since the release of my new book – Direction of Light – so I was able to give her her copies. (In case anyone missed it, Anelisa is on the cover.)

As we reminisced a while about the number of times we had workshops and photo sessions, I realized that today was exactly three years, to the day, since the first time we worked together. The photos from that personal photography workshop resulted in one of the key articles on Tangents – effective on-location portraits. So yes, it’s been a long working relationship with Anelisa, my favorite model.

I love this photo for the elegance of the pose, and simplicity of design. I somehow feel that the more I grow as a photographer, the more stripped-down my images become. Less clutter. Less complicated. (And she looks hot there!) In addition to that, I also *really* like the lighting here. It is soft and flattering.

The Spiderlite TD5 has 5 bulbs, and the Spiderlite TD6 has 6 bulbs. Theses bulbs are switched on or off, via the switches on the back. This way you can enable any any number number of lights, from one to five / six of them. There is no rotary dial or something similar to dim the lights. You have to mechanically switch them on and off in combination.

With multiple light setups, you might end up setting one of the lights to be dimmer than the others … but I’m going to take a guess that if you are using just Spiderlite, you will pretty much just switch it to full power and keep it there. 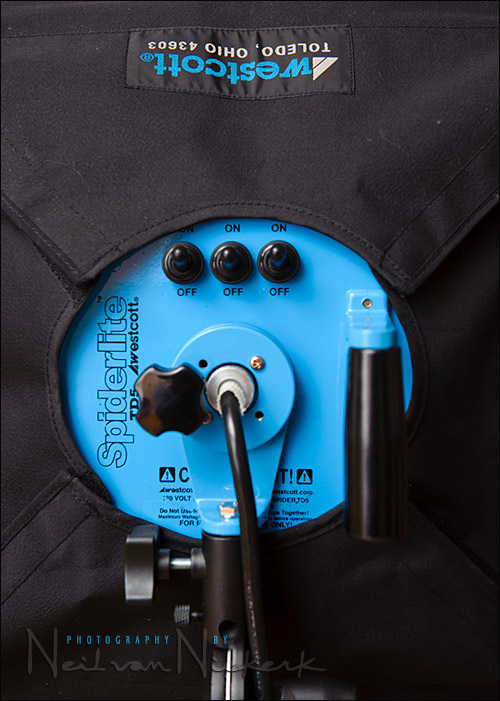