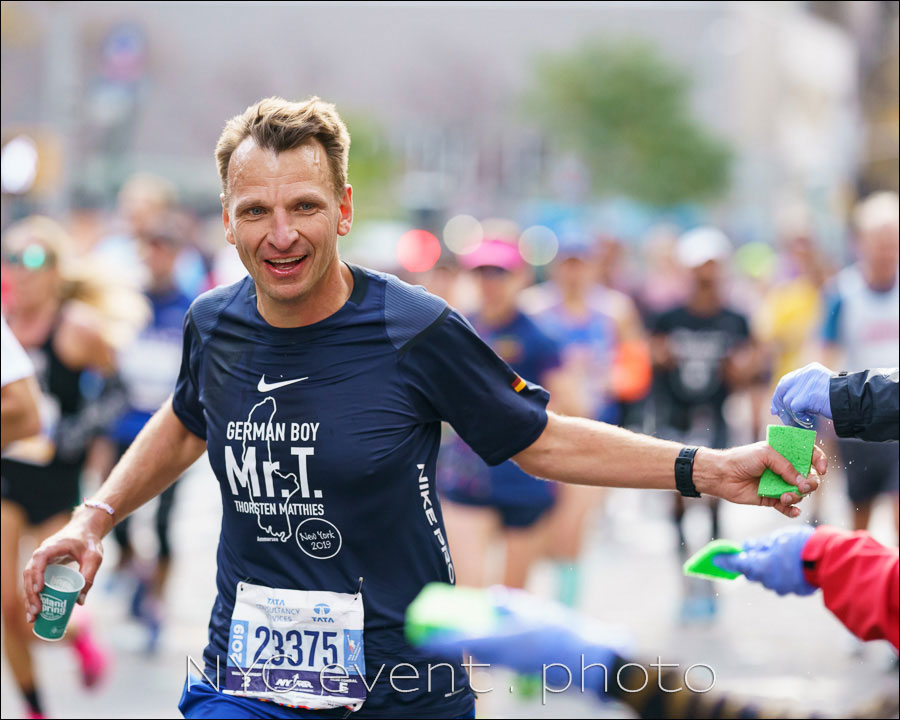 Both the Sony A7iii and Sony A9 / A9ii offer a silent / electronic shutter. Just like the Nikon Z6 and Z7 and Canon EOS R. But there are specific differences which might affect your decision about which camera best suits your needs.

What sets the Sony A9 (B&H / Amazon) apart from any of the other cameras mentioned, is that it is very resistant to banding in some artificial lighting. The sensor readout is (as far as I can figure out) 1/160th of a second, while it is 1/40th for the Sony A7iii / A7Riii / Nikon Z6 / Z7 / EOS R. This much faster sensor readout of the Sony A9 is why it is less prone to show banding in some artificial lighting.

For this reason, I have two Sony A9 cameras because they are the perfect camera for shooting silently during church ceremonies, and corporate presentations. I can shoot silently, with little chance of there being banding. 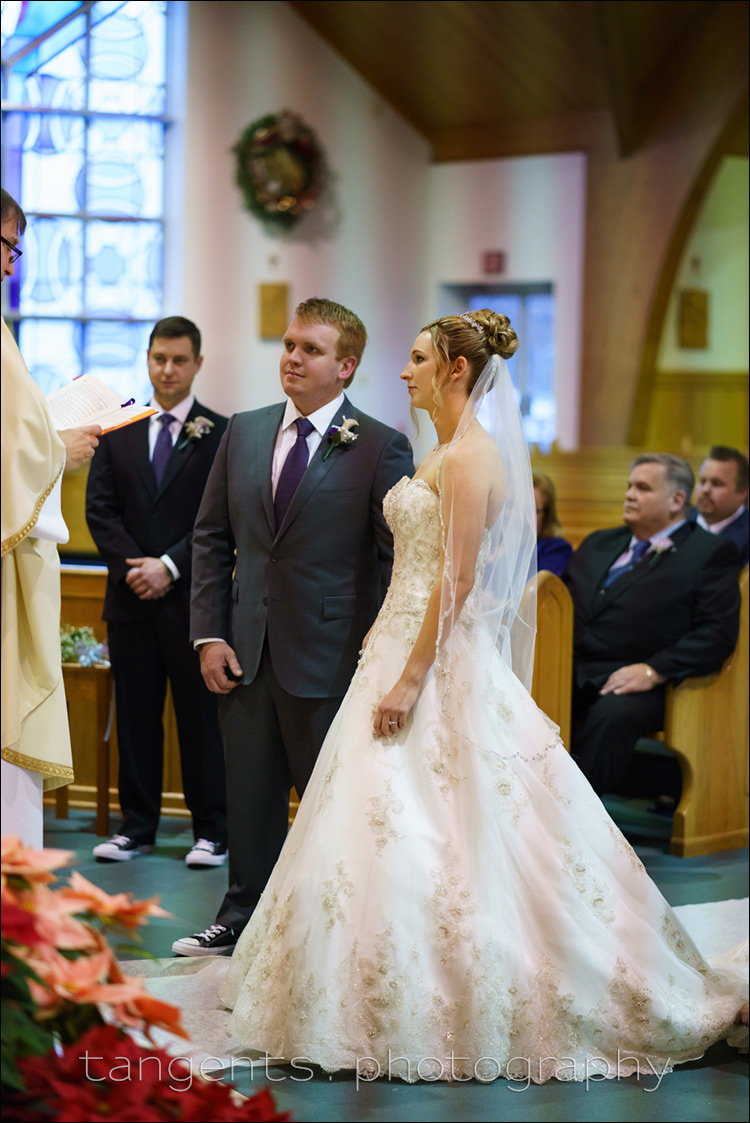 This is an example I posted in the article on Electronic shutter vs mechanical shutter, where you can see how bad the banding can be with the Sony A7Riii.

This photo with the banding, was taken at 1/200 @ f/2 @ 3200 ISO.  I should mention that if I had kept to 1/60th, there most likely would not have been banding. But then subject movement and camera shake become a problem. So it isn’t that ideal to force a slower shutter speed just to avoid banding when using the silent / electronic shutter. You avoid this with the Sony A9.

This ugly banding shows up with artificial lighting where the brightness is controlled with Pulse Width Modulation. The LED lights in my living room also show this kind of banding. 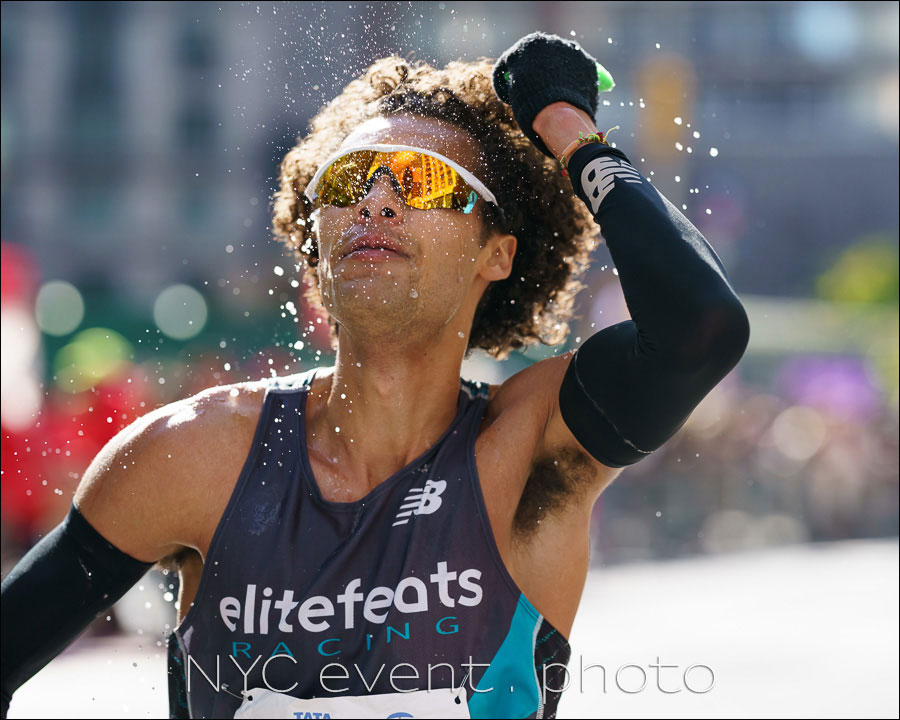 The 2nd  main reason why I really like the Sony A9 – it has no viewfinder blackout in the Silent Shutter mode. It can do 20 frames per second with no black-out! So the camera can keep tracking movement, and not lose “sight” of your subject.
The Sony A7iii and other cameras have viewfinder blackout.

So with a sport event like in the photos taken at the New York Marathon, the Sony A9 is ideal. Here I used the Sony FE 135mm f/1.8 GM lens (B&H / Amazon). As a runner would approach the table, I would lock onto them, and then fire a 1-2 second burst as they reached out for a sponge. And pretty much all the photos in the 20+ photo sequence would be razor sharp … at f/2 at the speed they were running. Unreal! 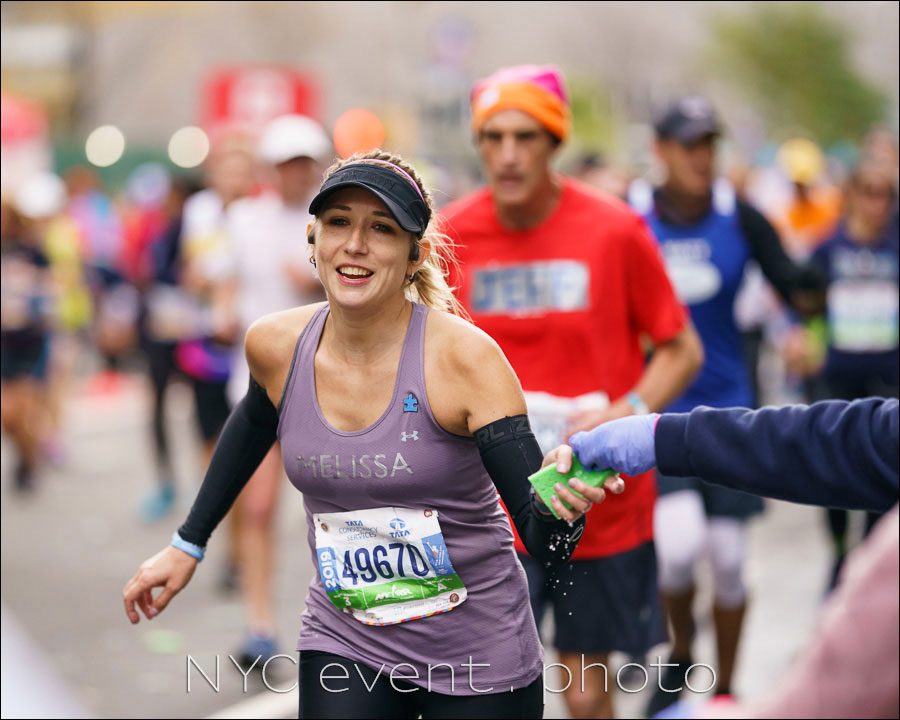 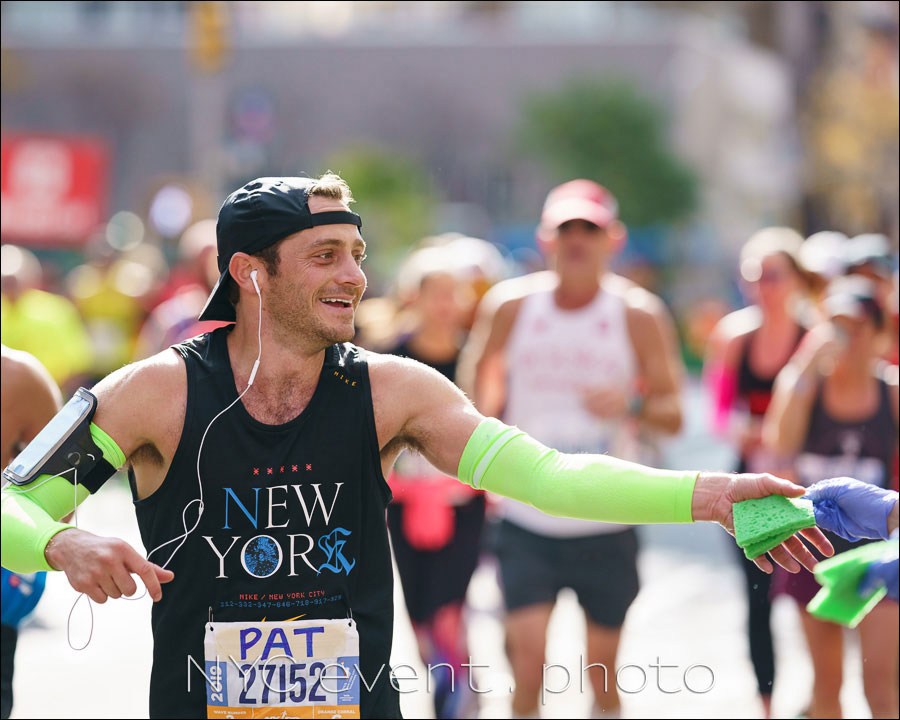 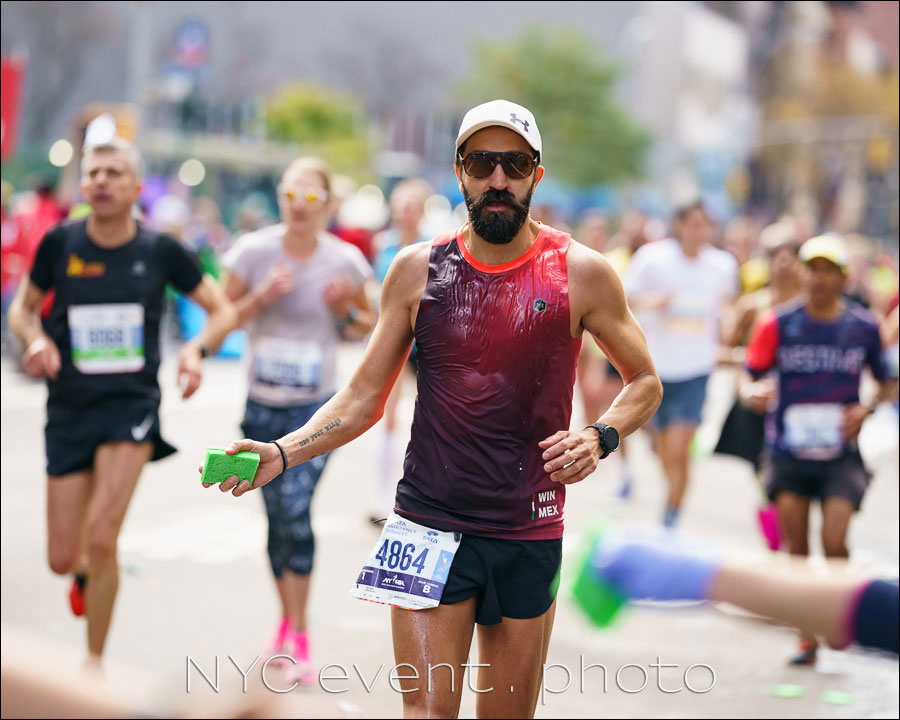 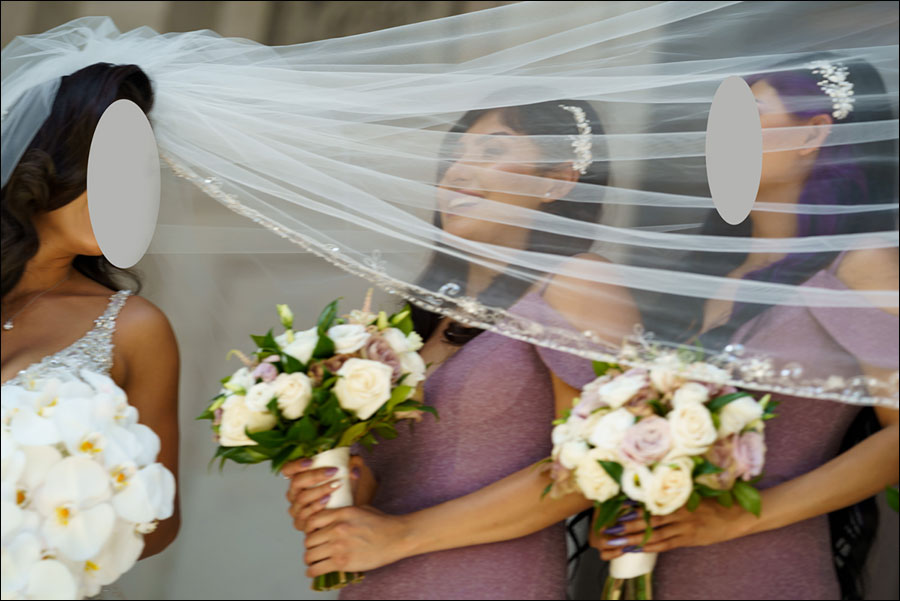 Also, with the A7iii keep in mind that it is much more prone to rolling shutter effect when using the electronic shutter. Even with these relatively static images … whenever I wasn’t careful, there would be this weird “bendy” thing happening. The Sony A9 is very resistant to this because of the much faster sensor readout. 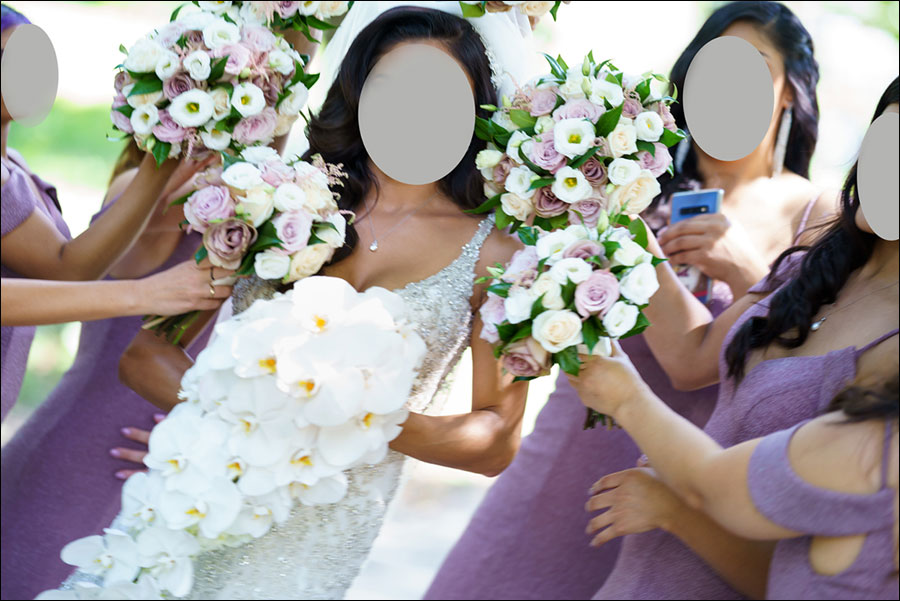 I had no real reason to use the silent shutter here on the Sony A7iii, other than I am used to doing so on the Sony A9 because I like the viewfinder not blacking out on the Sony A9.

With some images (not shown here), the effect is more subtle and you only realize there was rolling shutter when you switch to a more normal photo of the same subject. Faces become “fatter” or something gets stretched.