This time-lapse project involved 7 cameras and 7 tripods, with 2 of those cameras on motion dollies, and 4 static cameras on tripods. In this final video, I added a zoom effect in post for 2 of these static setups. (The 7th camera was a hyper lapse of the entire set, which I didn’t include this in the final video.)

Not only did I have to keep track of the logistics of moving this much gear around, and setting it all up fast and efficiently – but I also had to make sure that my camera settings were optimal. The thought-process of this was discussed thoroughly in a previous article on Camera settings for Time-lapse photography. With that in mind, I had to know approximately how long each event would be (of painting a mural), and how long my client would want the footage to run. This in turn would then affect camera settings. All this is discussed in that linked article. 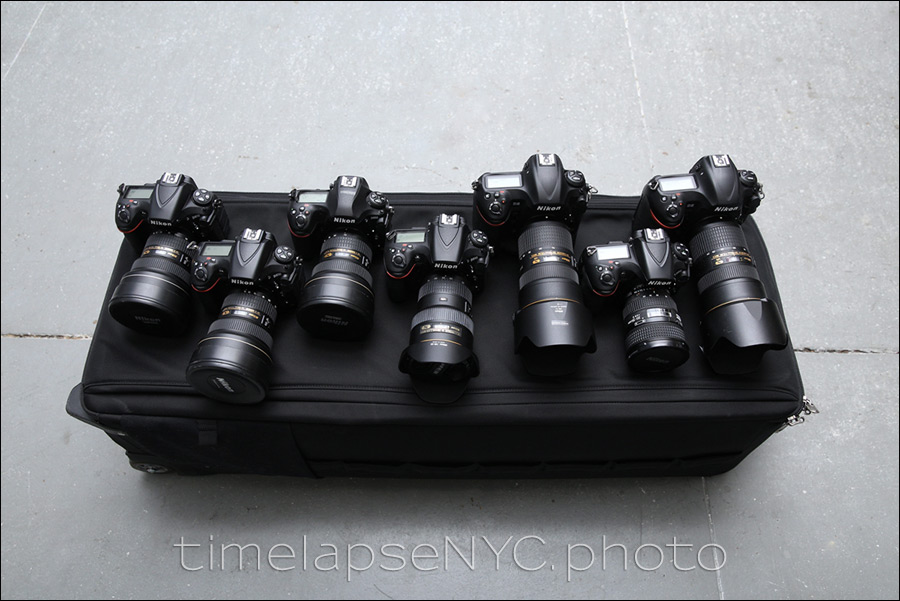 Here is a behind-the-scenes video showing the motion time-lapse rigs used during this project:

Motion dollies and controllers used with this Time-Lapse project 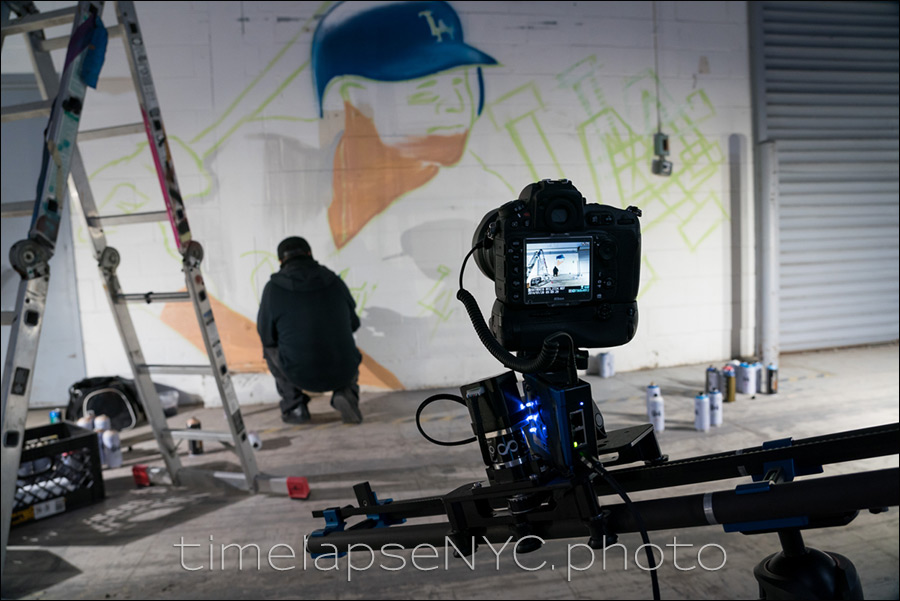 The motion controllers give a cinematic movement to the camera, and the perspective gradually changes throughout the specific sequence.

With two of the static cameras, I zoomed in post-production with Final Cut Pro X. If you zoom (whether in camera or in post), the perspective doesn’t change – the image is just enlarged (or made smaller). There is no change in perspective.

This distinction is perhaps subtle in the overall video, since there is a mixture of these two types of movement. That said, the actual movement of the camera, to my eye, gives a more interesting visual. 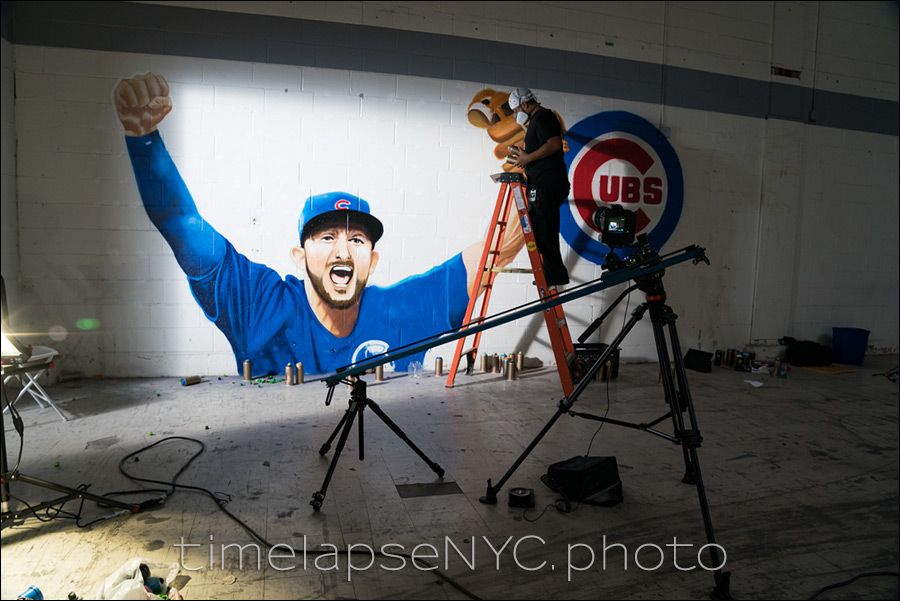 I had to work with the continuous lighting they had set up in this warehouse. I didn’t use neutral density filters, since I opted to now have the artists’ movements completely blur. I still wanted to see some of their movements, even if I lost the fluidness of blurring movement.

The camera settings were in the range of f/16 and 2 seconds, but varied slightly between the cameras on the different sets. The intervals were 30 seconds, which I based on how long the events were supposed to be, and how long my client wanted the final videos to be. Each mural took between 3 to 5 hours for the artists to complete.

Ramping and smoothing was handled in post-production using LRTimelapse software – an essential part of time-lapse workflow. This software iteratively adjusts the RAW files to smoothy ramp the exposures and WB changes. If you want to delve into time-lapse photography, you will nearly inevitably end up using it.

Each time-lapse project that I work on brings new challenges, and this one was a challenge again because it was logistically on a new scale for me. I do like how it all came together in this final video clip I created for my portfolio.