Among the loads of features of Nikon and Canon’s latest cameras, is an item which is of specialized interest – Time-Lapse Photography. At the upper end of the spectrum, time-lapse photography is best done by shooting sequences of RAW files. More on that topic here: Camera settings for Time-lapse photography. However, the built-in Time-Lapse feature makes it really accessible. You can immediately see the footage you shot, in-camera. Wonderful to make adjustments to settings or composition or timing while on location.

But then the winter approached and it was just too cold to venture outside at night to try out Time-Lapse photography. So the dolly lay dormant, still boxed, in my office. Until my Nikon D4 cameras arrived!

Time-lapse photography with the cameras

If there is any motion with time-lapse photography, the photographer previously had to figure out the number of frames, and exposure intervals, to calculate the duration of the final clip. The Nikon cameras’ built-in feature does this for you.

Even better – previously, with time-lapse photography, the photographer had to try and visualize how the movement of the camera, from the starting point to end point, would finally appear when the images are compiled as a movie clip. I can just imagine how frustrating it must have been to spend time setting something up, only to realize later on when compiling the clip, that the duration is too fast or too slow, or there was some kind of hiccup.

This is where the Nikon D4 and Nikon D800 shine – they compile the time-lapse sequences into a .mov file for you, in camera!

You shoot the sequence of images from start to end, and then hit playback on the camera, and the movie plays back for you. Right there!  So if there are any changes you’d like to make in the sequence, and how the camera moves during the time-lapse sequence, you can adjust it right there and then. Beautifully elegant. This has to be very attractive to any photographer interested in time-lapse photography.

Setting it up is very easy. So easy that I was able to shoot the time-lapse sequences without referring to the manual. 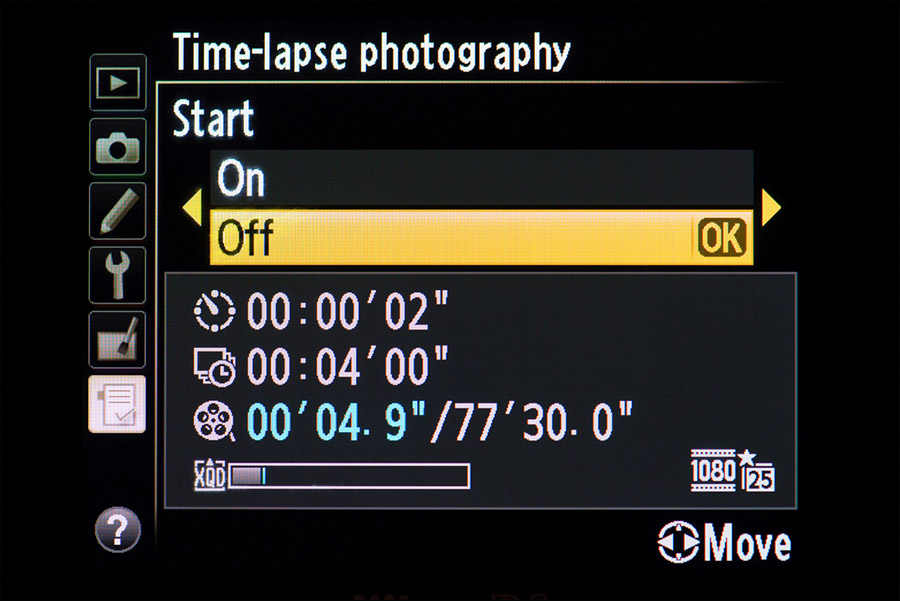 The time-lapse movie file is generated at the settings that you have for the camera’s video settings.

For quick access, I have this enabled in My Menu of the camera: 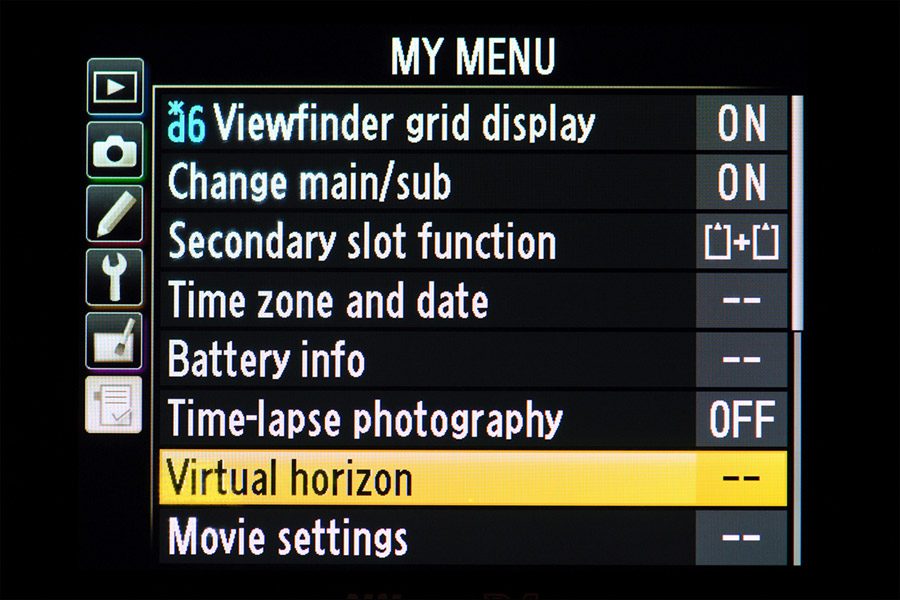 And in turn, to quickly access My Menu, I have the DoF preview button set to be the quick access to My Menu instead.

We rained out at some point, and the traffic in Manhattan on a Saturday night is dreadfully slow. So between the rain and traffic hold-ups, we managed to shoot 7 sequences which looked good. The opening sequence there was our 2nd try on that 1st set-up. And then the rain came down and we scrambled for cover. When we played it back … wow! High-fives! I was stunned at how cinematic it looked.

I can see a few things I’d do differently now – two of the sequences need to be slower, for example. But as it is, I am very proud of this first attempt. 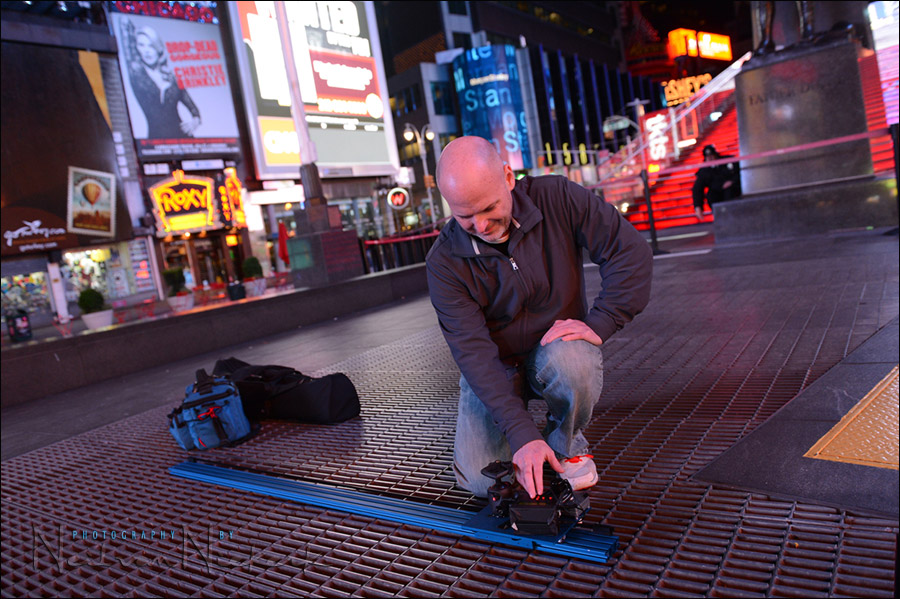 Here is Erik setting up the MX2 Motion Controller on the dolly. This sets the duration and speed with which the dolly would travel. We usually had the dolly up on two tripods. A few times we had the dolly at an angle with one tripod, and the one end of the dolly resting on the ground.  For two of the sequences, we wanted the camera at this low an angle, and took the dolly off the tripods.

Since the Nikon cameras produce the .mov files in-camera already, compiling the multiple clips as a final video clip is a very simple matter, using iMovie.

Photo gear used to shoot the timelapse clip shown above:

Everything you want to know about time-lapse photography