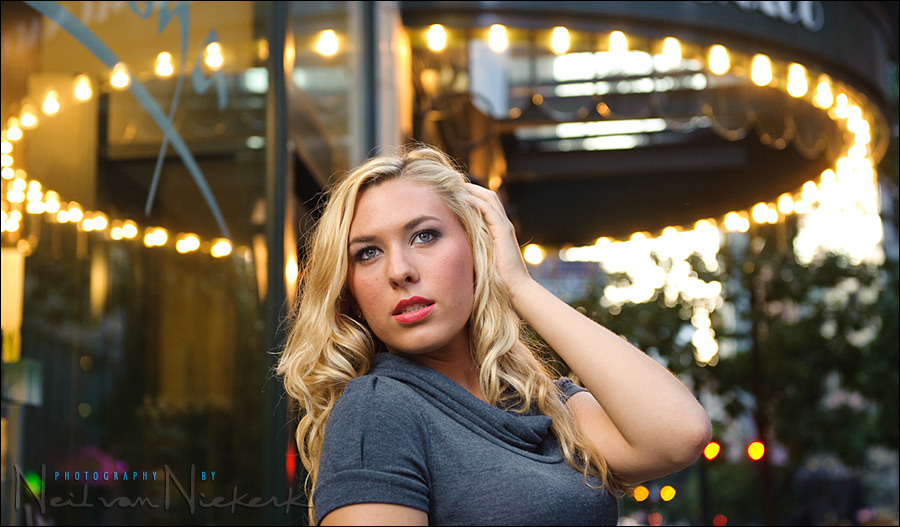 Using images from a past workshop, I want to explain a simple concept with flash photography on location. In workshops and seminars I quite often describe the flash as ‘riding on top of’ the available light exposure. It’s just another way of describing the usual technique of under-exposing the ambient light somewhat, and then using flash to give correct exposure. We can thereby control the final look of the image by controlling the direction of light from our flash.

By using flash like this, we can use the flash to ‘clean up’ the light in the photograph.

This photograph of Crystal, our model at this workshop, was taken during the early evening. We were working outside, using some of the found surfaces to bounce flash off.  The trick here is to find that combination of bounceable surface, a good background, and then to position your model so that the additional light from the flash adds to the final image. What I like about this specific image is how the sign (and the reflection of the sign) outside the hotel creates a halo around Crystal.

Here is the image without flash, and also a pull-back image to see what surface I bounced the flash off .. 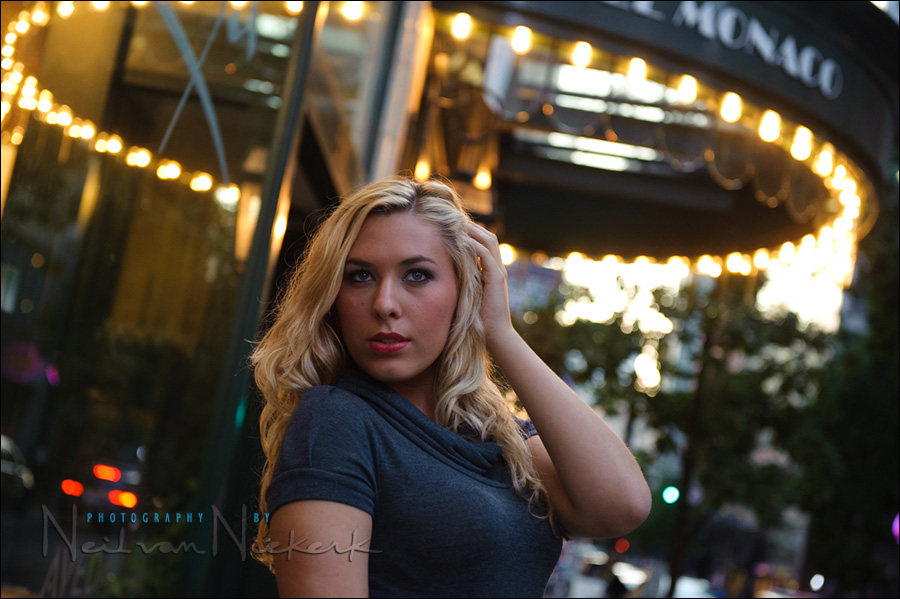 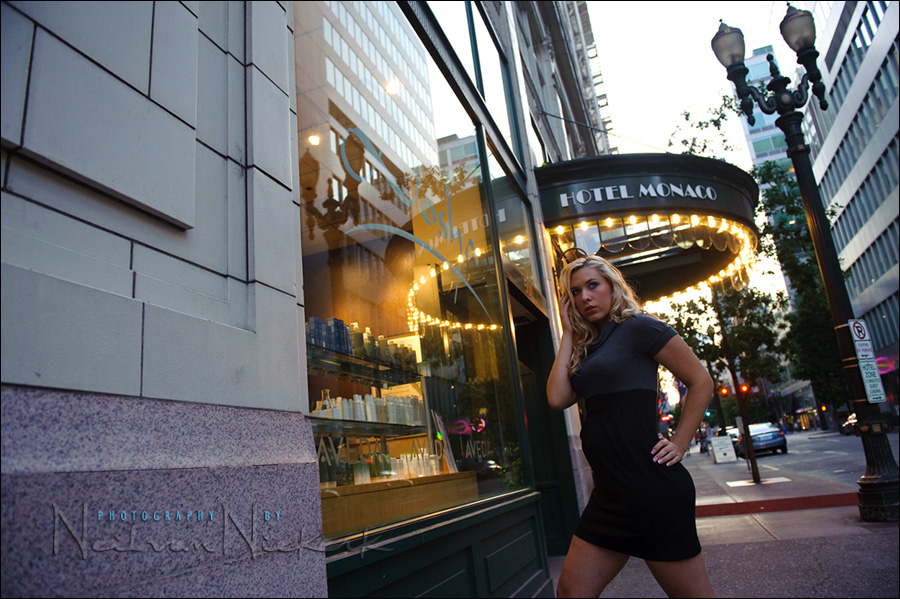 The approach described here is a less rigid one. We don’t necessarily have to meter with great precision. As long as our subject is somewhat under-exposed – in this case about a stop under – then we can just add some TTL flash to the mix. The camera will control the TTL flash to give us correct exposure. Or close enough to correct flash exposure, that a mild adjustment of the flash exposure compensation (FEC), will get us there.

While I am a firm believer that a sound knowledge of exposure metering techniques are essential, it is just as necessary at times for us not to get lost in the details. There are many times where we just need to get the shot and rely on the technology to get us there.

In this example, I wanted the ambient light under-exposed a little bit.  How much exactly?  Doesn’t really matter to the extent that we need an exact numerical figure. I just to under-expose a little bit.  Checking the camera’s exposure meter to show that the metering needle is below zero when pointed at my subject (and ignoring the brighter background), I know that I now have my ambient exposure where I need it to be.  A little under-exposed.  Perfect for adding a bit of flash and controlling the direction and quality of light on my subject. And in this case, it was added with on-camera bounce flash.

The other point here is that we get to correct exposure in the final image, NOT by virtue of the flash doing all the work … but exactly because the flash is ‘riding on top of’ the available light exposure.

This is exactly the case in a previous post where I showed an example of what appears to be extreme bounce flash – flash bounced into the large interior of a museum. In that example, the on-camera flash appears to miraculously light up the entire museum, when really it is just adding a stop or so of light in addition to the available light. And that’s the reason why it worked. It wasn’t because the flash “did all the work” … it was flash riding on top of the ambient light.