Those of you who have followed the Tangents blog for a while, will have noticed that over time I’ve expanded the range of photography that I do – in addition to weddings and portraits, I have taken on commercial photography and corporate photography as well. This has included small commercial video shoots as well. One of these was a promotional video clip for a company – Buddy Bagz – to introduce their innovative variation on sleeping bags for kids.

A little bit about the camera and lighting gear I used:

The tripod / monopod bounce video clips were shot on the Nikon D810 (and Nikon 24-70mm f/2.8E VR), but the sequences shot with the gimbal where I moved with the kids, was done with the  a Nikon D750 and Nikon 20mm f/1.8G combination (affiliate links). I used a small Rode shotgun mic on the D810 where needed. The D750 was mounted on a gimbal, the Defy G2x, as described in this previous article: shooting video with a stabilized gimbal. There is a specific reason for that camera and lens combination. 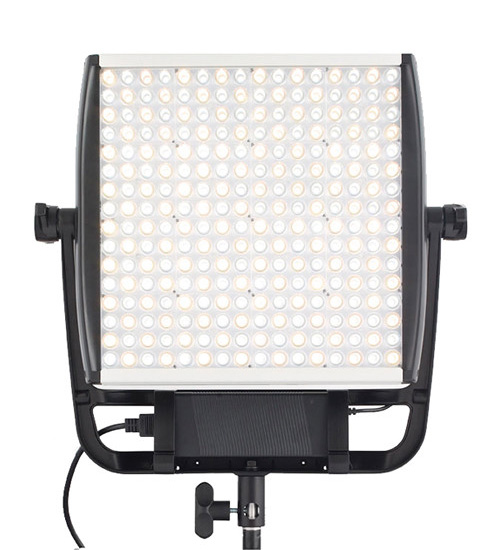 I didn’t want to directly light the kids if I could avoid doing that. For most of the sequences, I used these lights by bouncing them off walls and doors and the ceilings of the various rooms we shot this in. 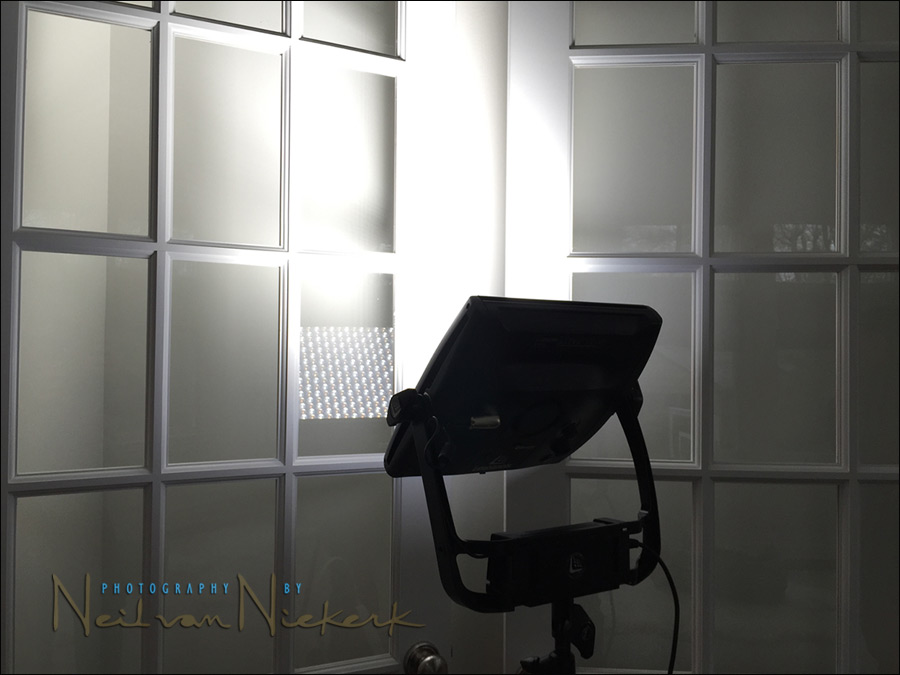 The specifications of the Litepanels Astra EP 1×1 Bi-Color LED Panel, will explain why they are versatile:

The Astra 1×1 LED panels run silently, and are flicker-free at any frame rate or shutter angle. They offer variable Tungsten to Daylight color temperature with negligible color shift. They also have a high CRI, which makes the editing and color grading of the video clips much easier. The feedback I received from the person who compiled the final video clip, was that this was the best footage she has ever worked with. This is in part how I use light, and try to get clean lighting on my subjects.

The specs listed mention: “The technological advancement and enhancement is evident in the high CRI and significantly increased brightness due to the use of tightly-binned LEDs and fine-tuned TIR (Total Internal Reflection) optics, resulting in a longer throw over a wider field.”

That sounds good, but I have no idea what it really means except that the light from these two bad boys look really good. I’ve shot video interviews with them, and recently also used them during a photo session of a newborn baby. (More about this further down). 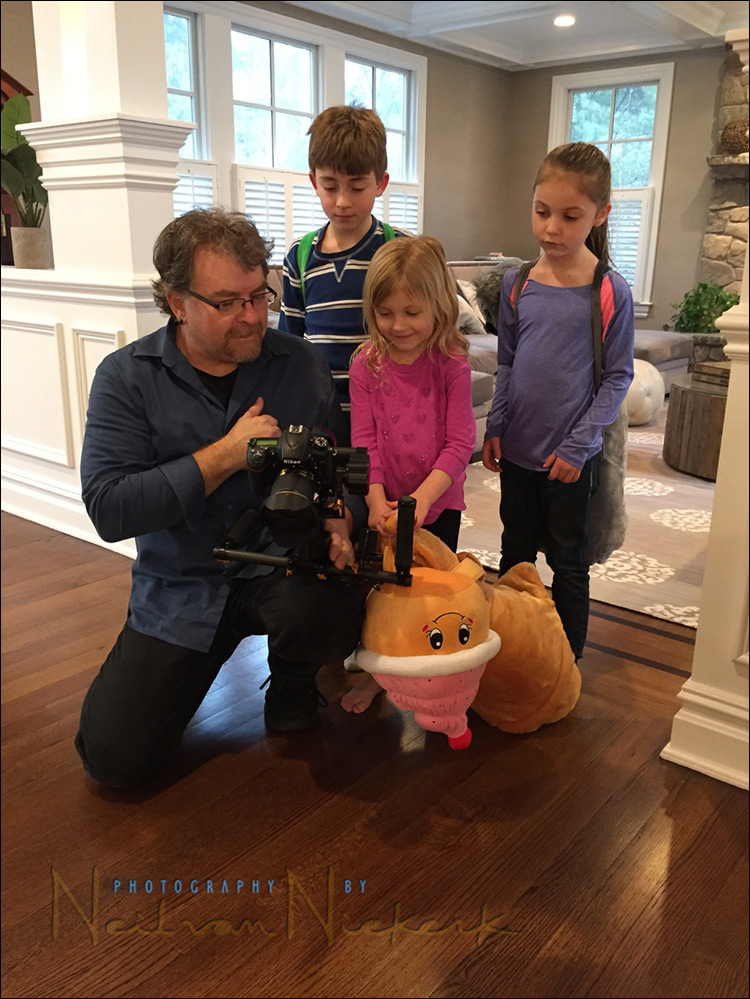 It always works best when you involve the talent in the creative process! 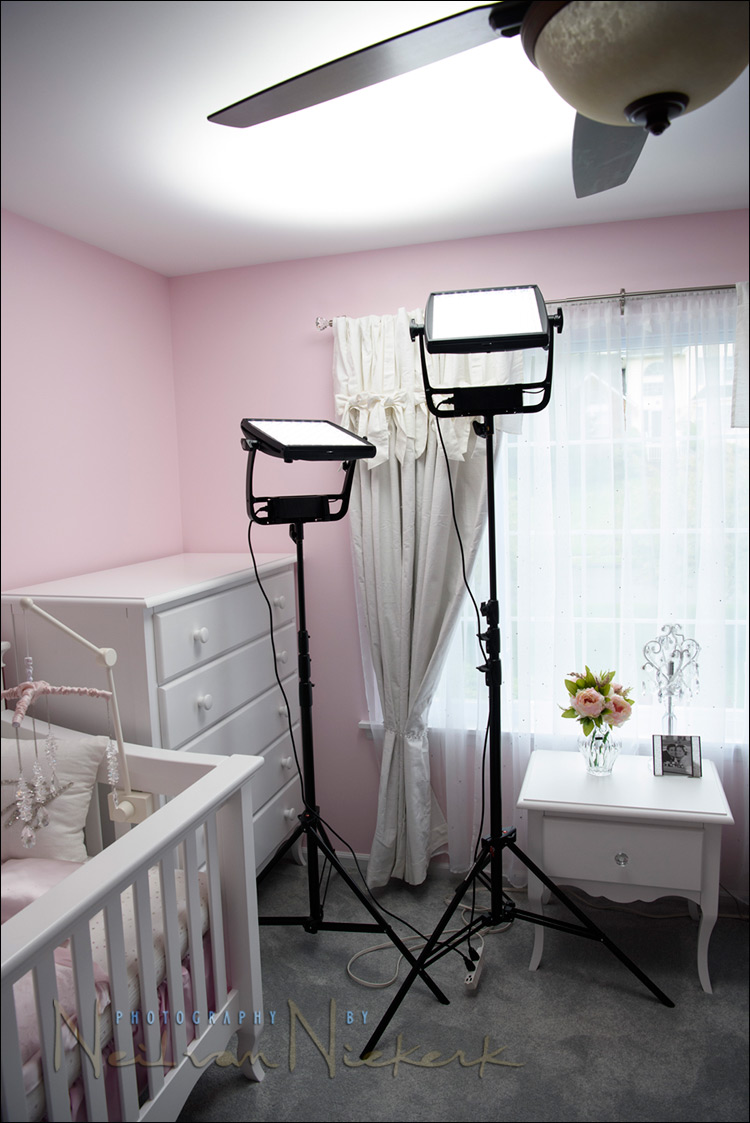 This is a completely unrelated photo shoot, but I wanted to show it here because I used the Litepanels Astra LED Panels (affiliate), in a very similar way during a photo session with a newborn baby. With this type of photo session, I don’t really want to use flash, although I have used on-camera bounce flash in a pinch. Normally I would use the Westcott Spiderlites, but they can prove to be bulky when navigating through different rooms in the house. This boudoir photo session in my studio, will give you an idea of how large the big softbox is with the Spiderlite.

With the success of using the Litepanel 1×1 Astra lights during the video shoot, I decided to give them a go during this recent newborn photo session. Since they are continuous lights, they run quietly.

Bouncing the light against the ceiling, a soft light was created, and at 1600 ISO, gave me usable apertures and shutter speeds for details photos, and portraits of the kiddo and her parents. 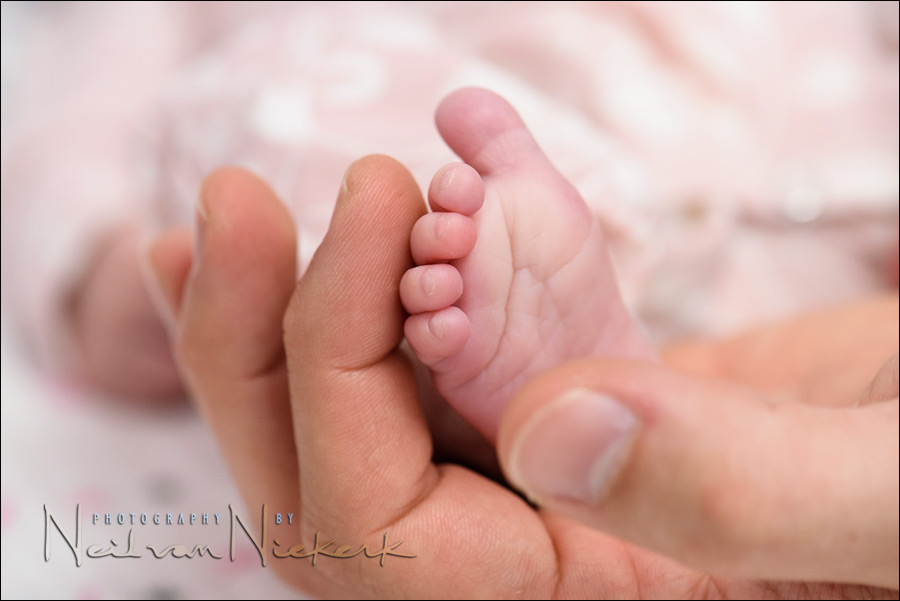