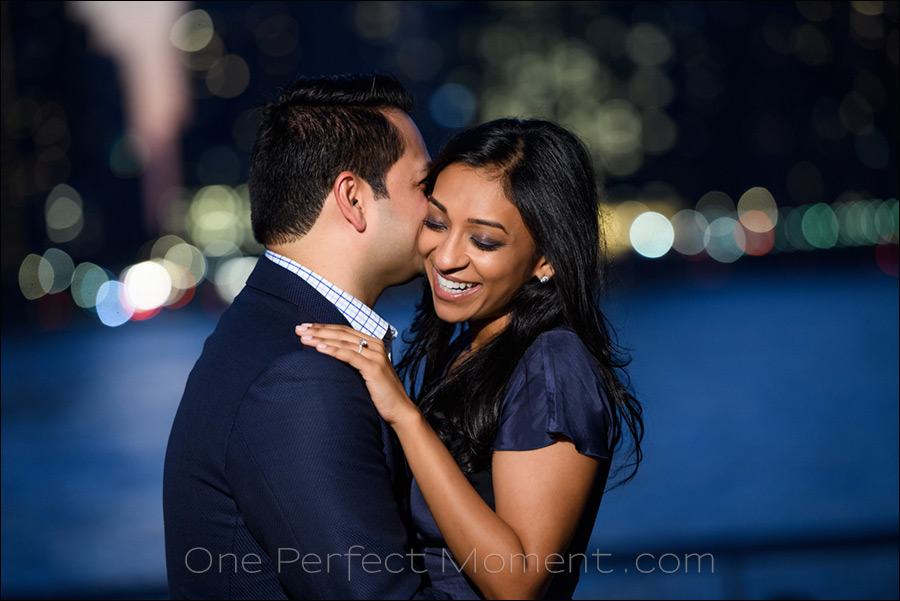 Photo session with the Profoto B10 flash / video light

The real appeal of the Profoto B10 flash  (B&H / Amazon), isn’t just that you have a powerful (yet compact) flash – the extra appeal is that you have a powerful video light as well. This makes it easier to change it up during a photo session. As light levels fall, you could go from using the flash to using the video light … without having to change your light source.

Let’s have a look at some examples from a recent photo session – which took place after a surprise proposal!  I had arranged with Rachit that I would be ready at a specific place with a nice view of the Manhattan skyline, where he would slowly lead his girlfriend, Diti, and then propose to her.

To not give the game away, I sat nearby with my Sony A9  (B&H / Amazon), and the Sony FE 24-105mm f/4 G lens  (B&H / Amazon). With the Sony A9 the silent shutter would be invaluable, along with being able to tilt the screen so that I didn’t have to lift the camera to my face. This way I could work surreptitiously for the first few minutes. 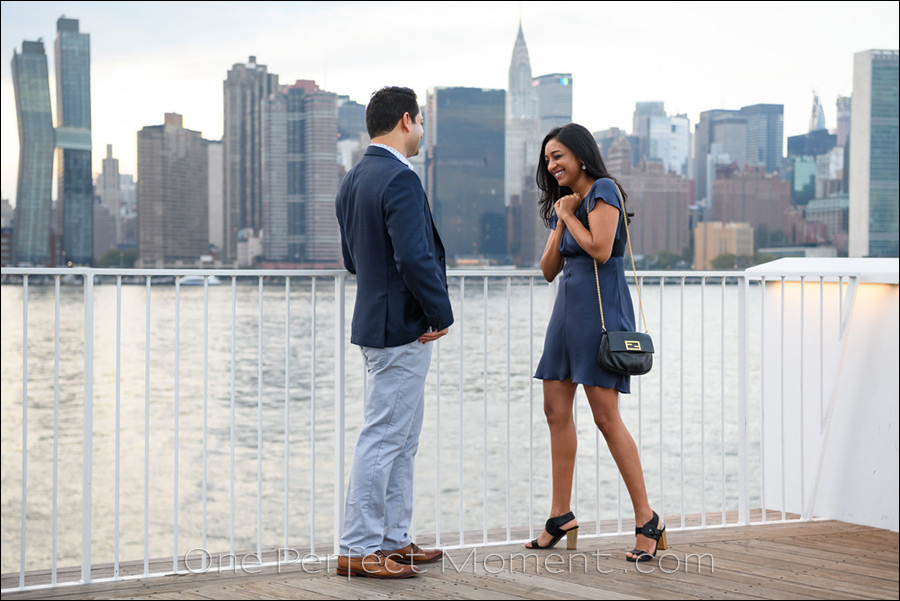 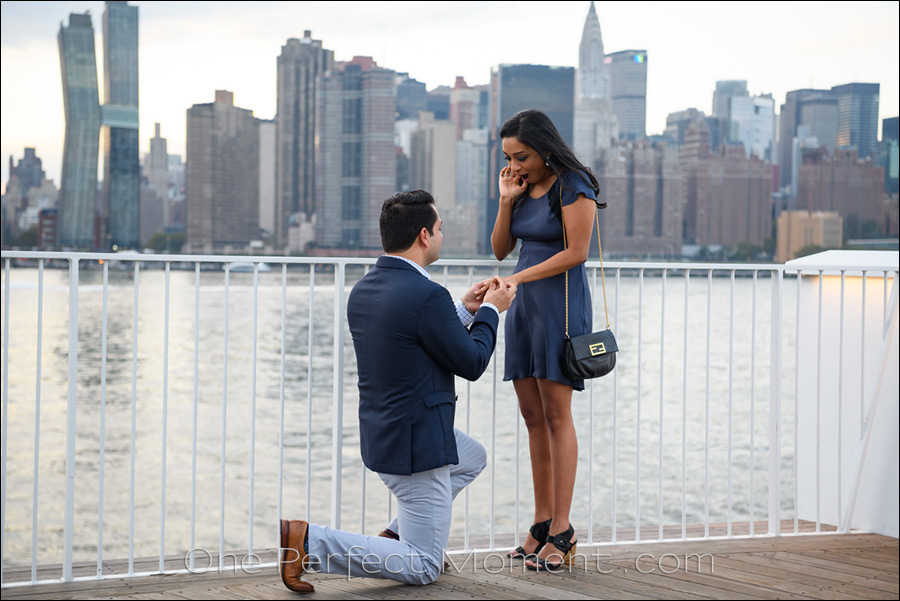 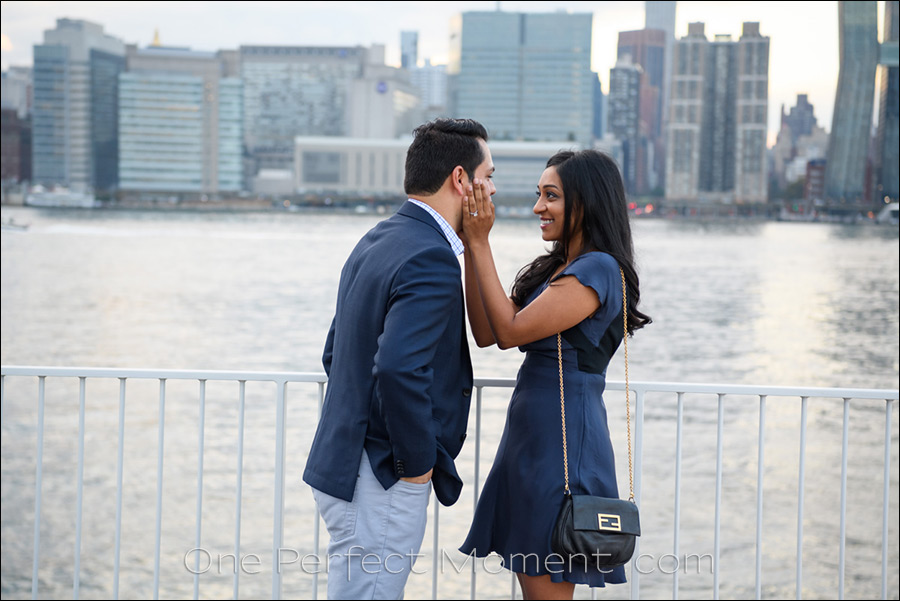 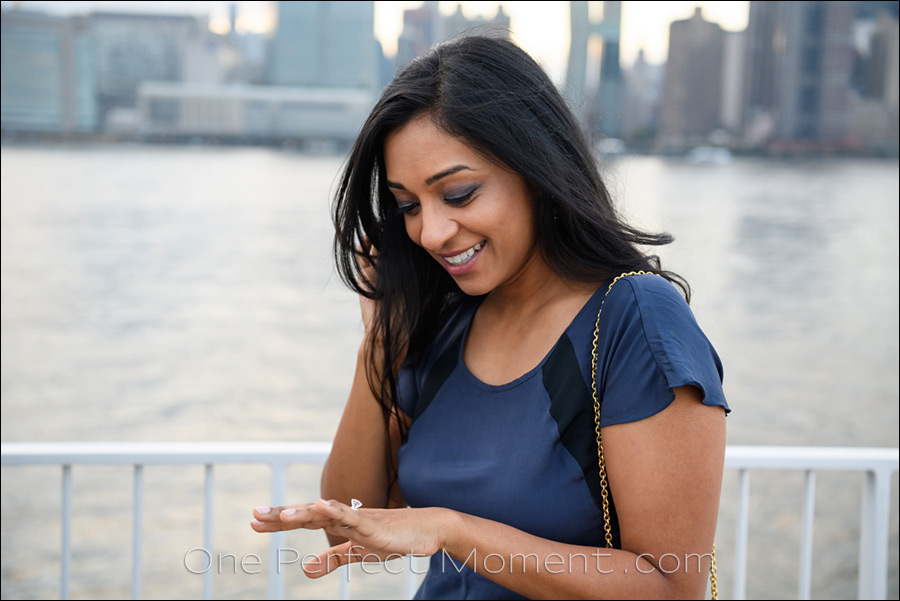 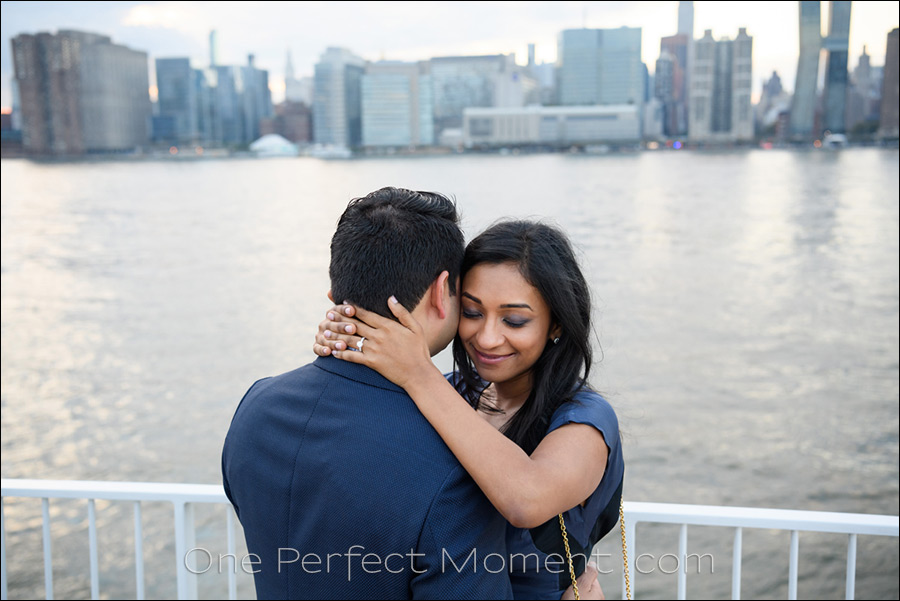 The initial sequence of photos were shot with the Sony A9 … and then for the photo session itself, I switched to the Nikon D5 which I am more familiar with. And I added the  Profoto B10 flash  (B&H), diffused with the Profoto OCF Beauty Dish (24″)  (B&H / Amazon). With the off-camera flash, I could bring down the ambient exposure, and punch up the sky somewhat for dramatic effect. Compare these two photos to see the difference between using only the ambient light, and controlling the exposure with flash. Both images work … but they especially liked the image with the more dramatic sky. 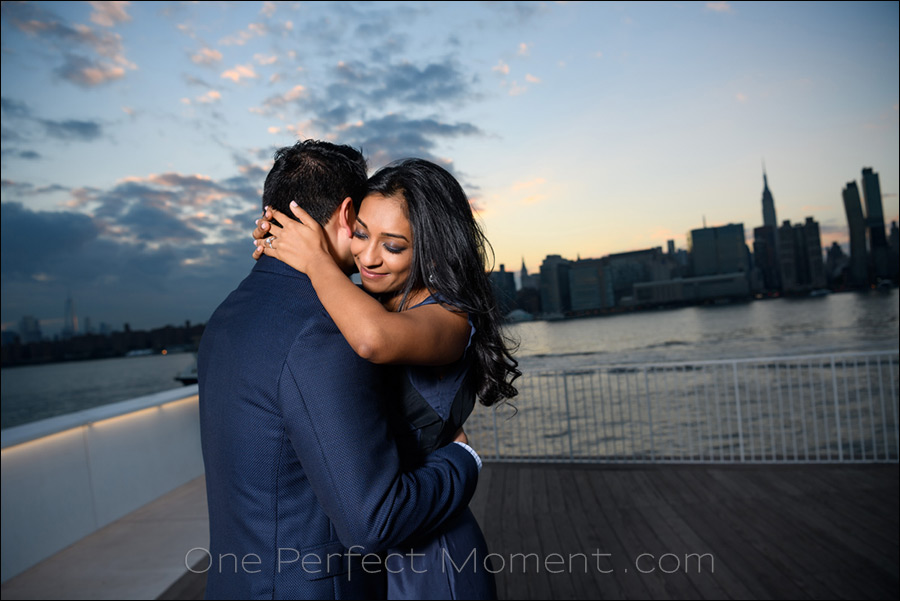 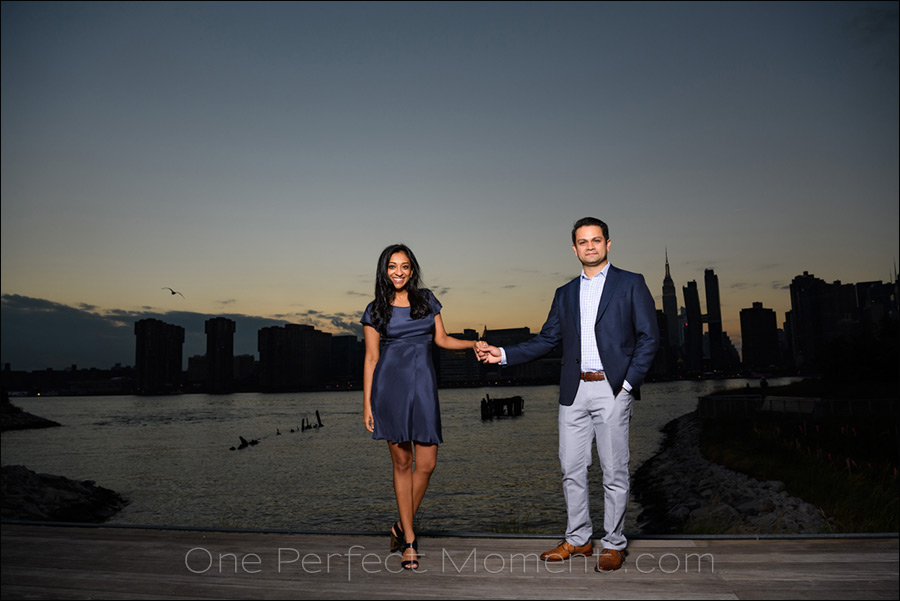 Then as the light levels dropped into the evening, I didn’t need as strong a light. I removed the diffuser from the front of the OCF Beauty Dish, and used the video light option of the Profoto B10. I kept the OCF Beauty Dish on to help spread the light, and also because it was easier to carry it around, still attached to the flash.

Not quite a pull-back shot, but in this photo below, you can see the edge of the OCF Beauty Dish – this will give you an idea of where it was positioned. 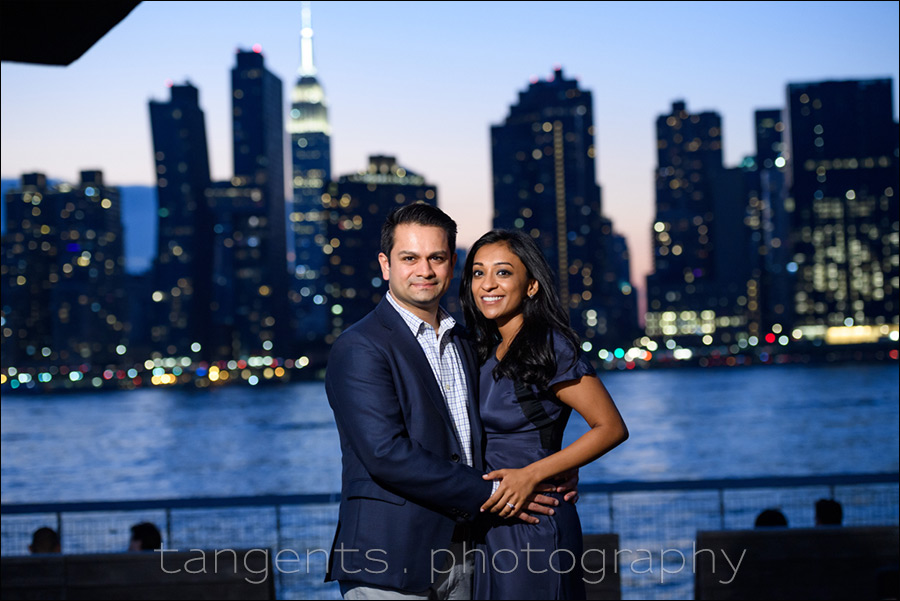 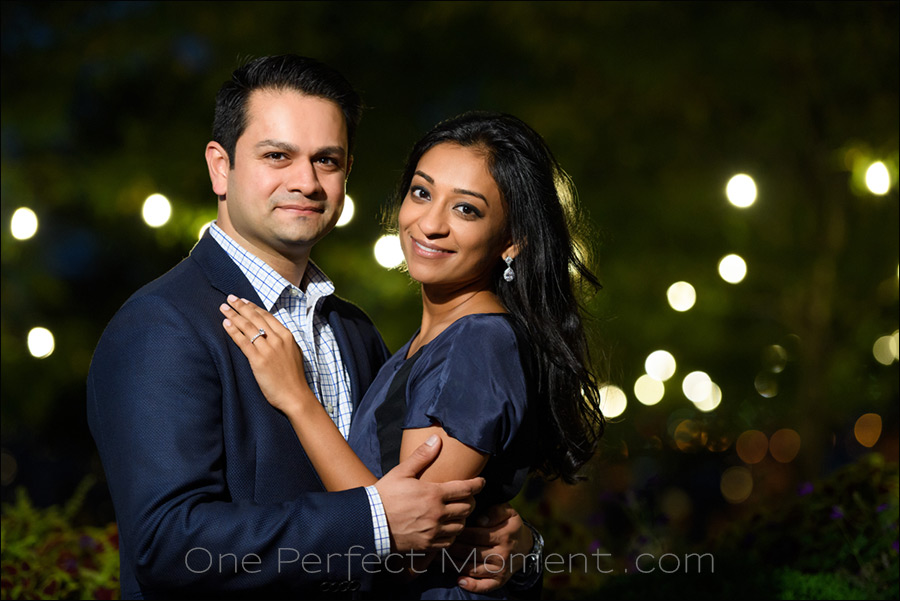 The beauty of Profoto B10 flash  (B&H) is that it works as both a flash and a video light – and you can even switch it off too, and only use the available light! So many options open to you as the photographer. How cool is that? 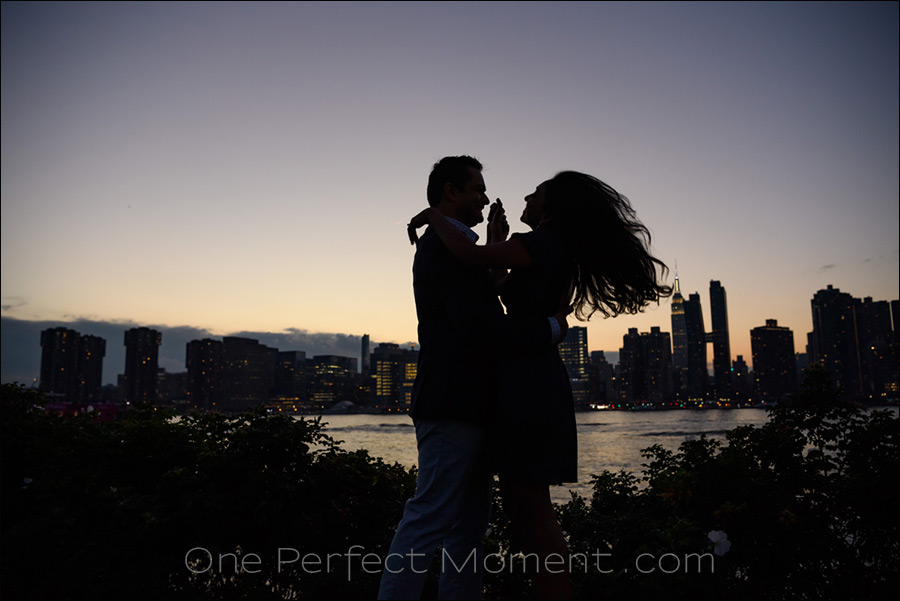 As mentioned, the The Profoto B10  (B&H) is a remarkably versatile flash in a really compact form – you get a powerful flash, and a powerful video light (with variable WB). If you photograph weddings and events, you’re going to love this!

You can order the Profoto B10 via these affiliate links