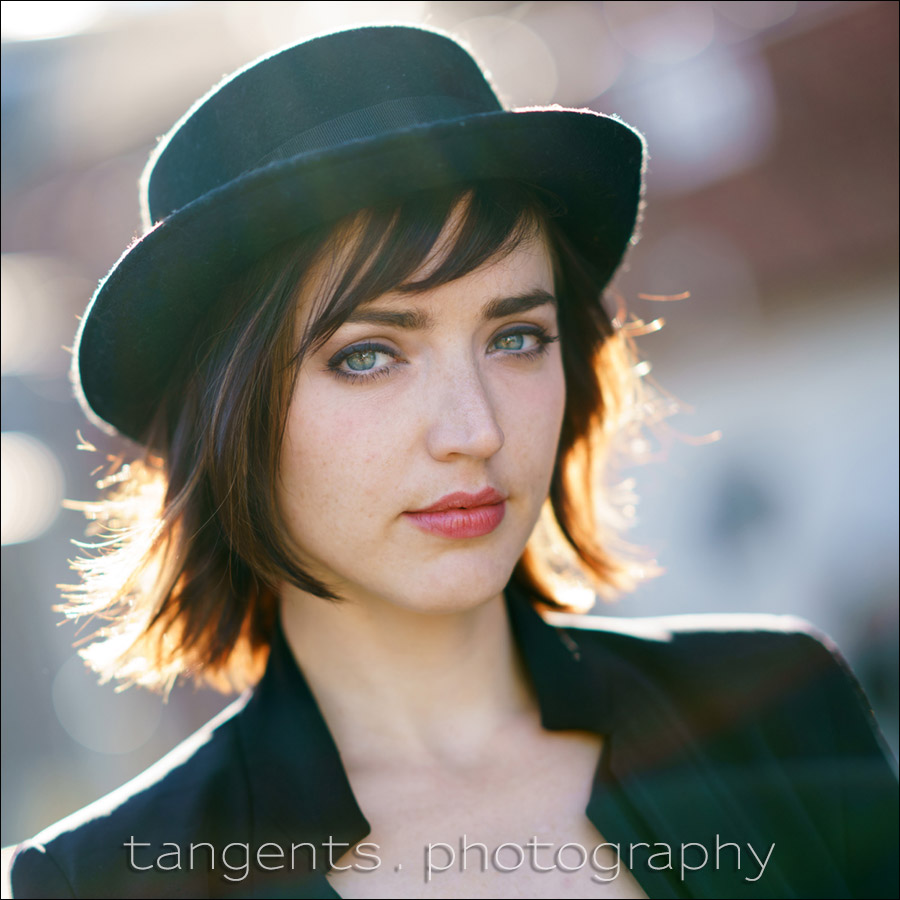 As Sony steps more firmly onto the market by adding new lenses for their mirrorless camera bodies, they have rolled out some spectacular optics. The Sony FE 85mm f/1.4 GM Lens  (B&H / Amazon)  is one of them. Just holding the lens, you will already be impressed by the weight, and how smoothly all the controls glide. It clearly has been designed to compete with the best optics available on the market, regardless of brand.

During one of the photography workshops that I present at my studio, I took a few shots of our two models, Anelisa and Anastasiya to see just how well this lens performs. I mostly shot at f/1.4 and f/2 to see how sharp the lens might be – and it was as impressive as I expected. This is a beautiful lens in every way.

Using this lens on the 42 megapixel Sony a7R II (affiliate), I was astonished at the amount of detail in the files.

I’m including a few 100% crops of the eyes of the models to show how much detail there are in the eye-lashes. This is usually my reference point when I want to see if a lens is sharp enough to make me happy – can I count eye-lashes!? I also include a link to three full-reslution SOOC photos of a test chart that I photographed in the studio, as a more neutral and proper reference. 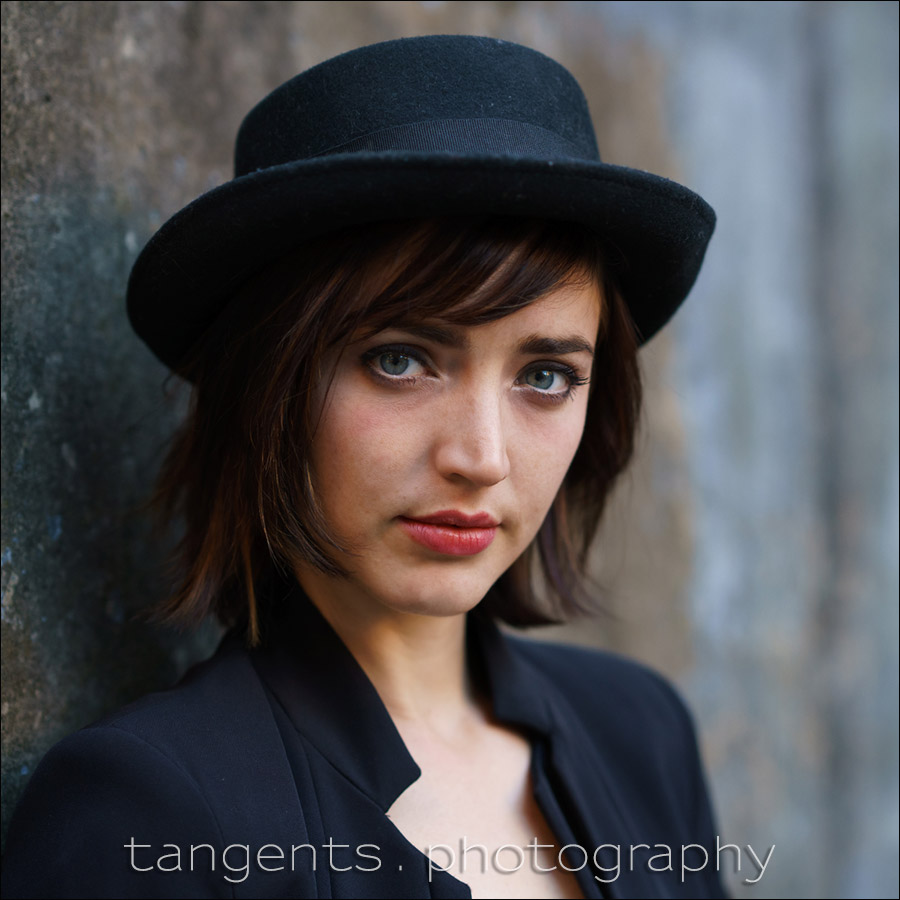 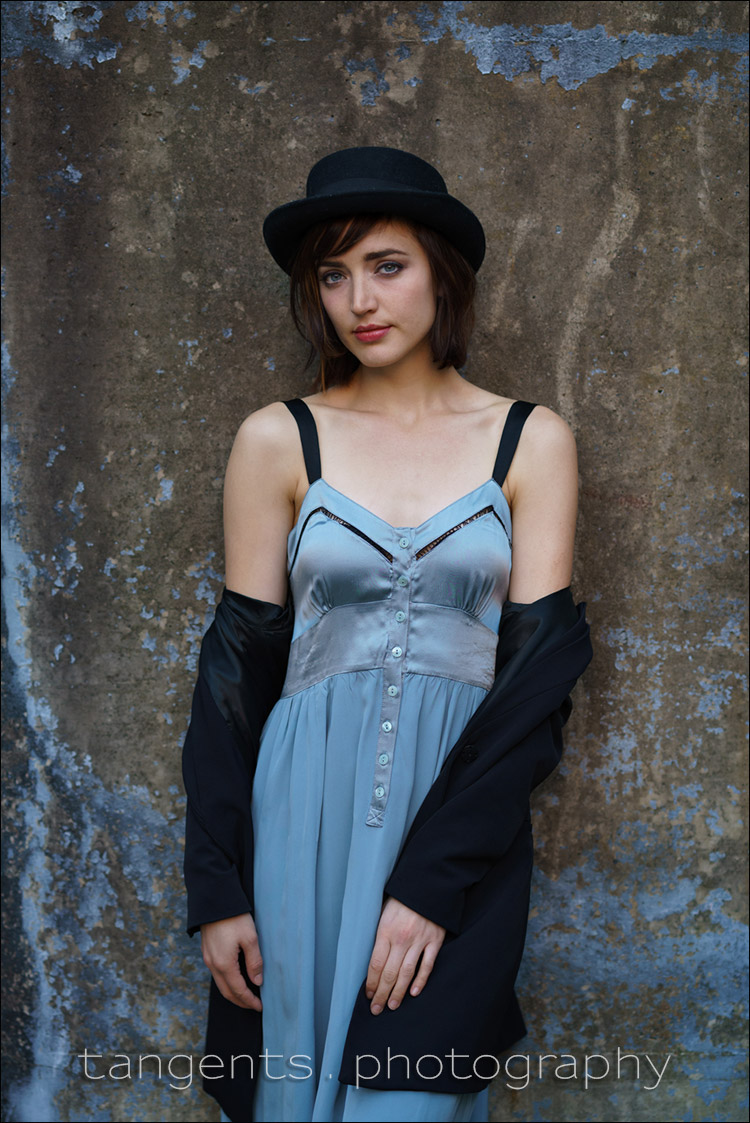 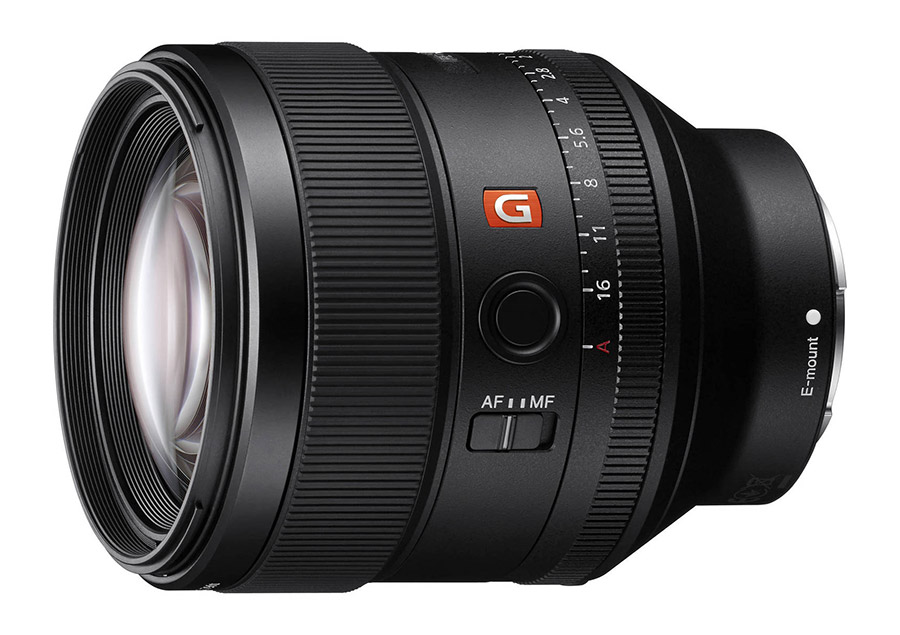 The build quality of the Sony FE 85mm f/1.4 GM Lens (affiliate) is immediately impressive – it feels solid, and the controls and rings movements are smooth.

According to Sony, the lens spec includes: 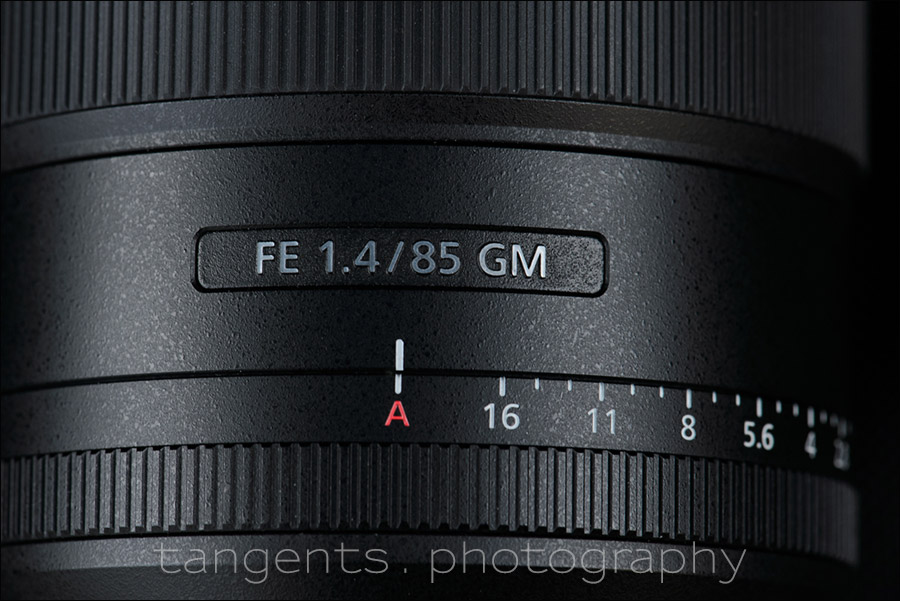 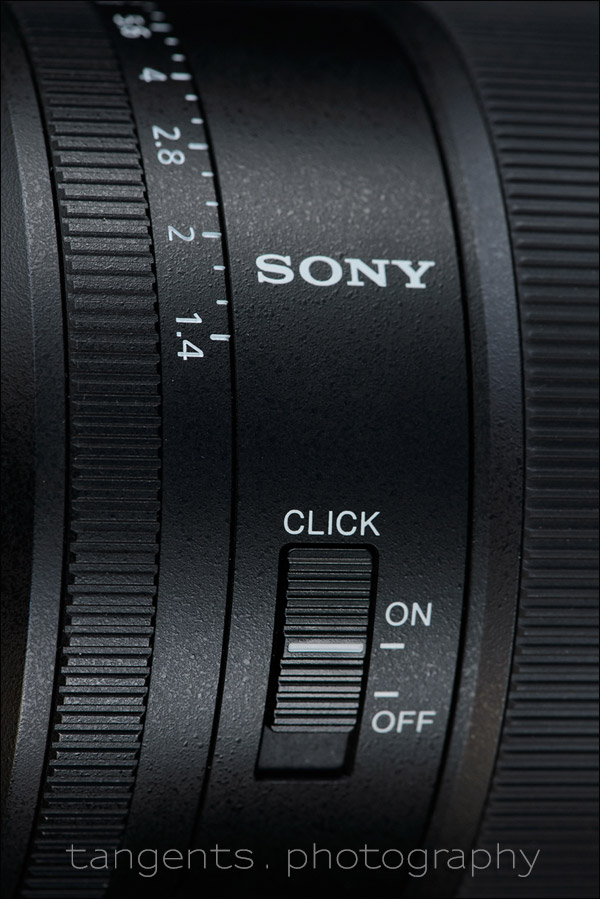 One of the best features of this lens is that the apertures can be set to have click indents, or to be click-less. In other words, you can have smooth step-less change in the aperture if you need. 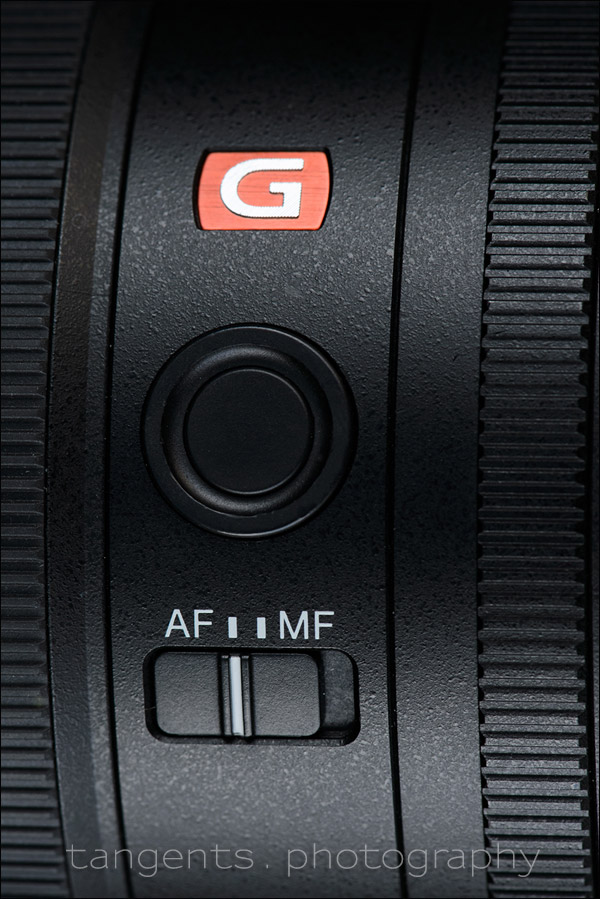 One the left-hand side of the lens, is this large black button – Auto-Focus Hold. It falls neatly under your thumb … if you hold the camera and lens properly, supported in the palm of your left hand. 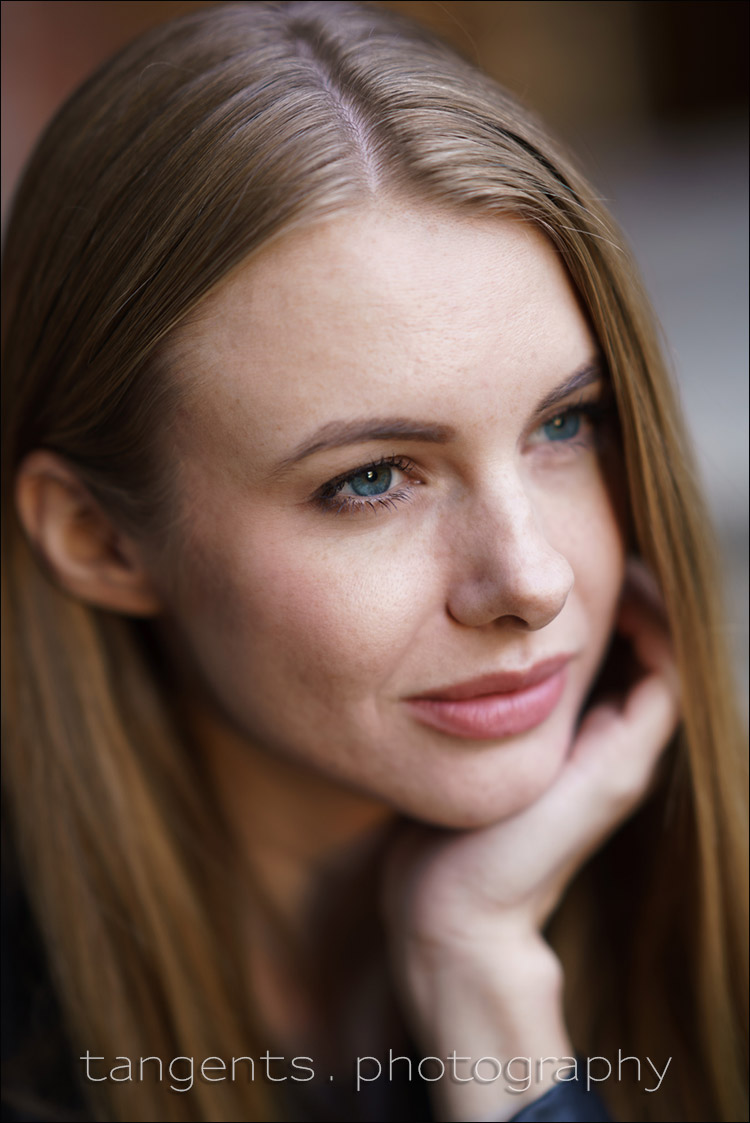 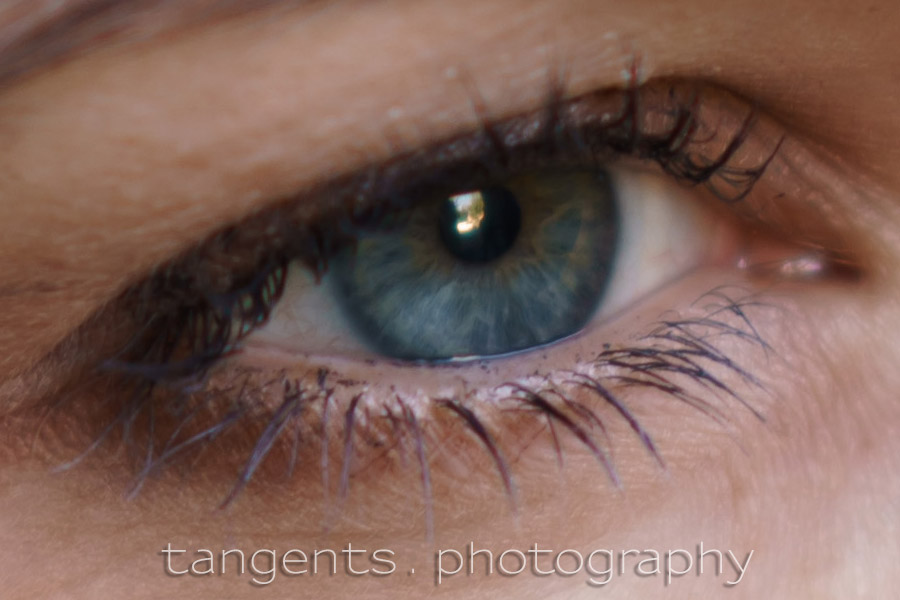 As you can see from the detail, this lens is super-crisp at full aperture – but the DoF is so shallow that with her eye shot from this angle, detail quickly goes into a gentle blur away from the plane of focus.

That this is so sharp at 1/60 shutter speed, is testament to how well the stabilization of the Sony a7R II works! 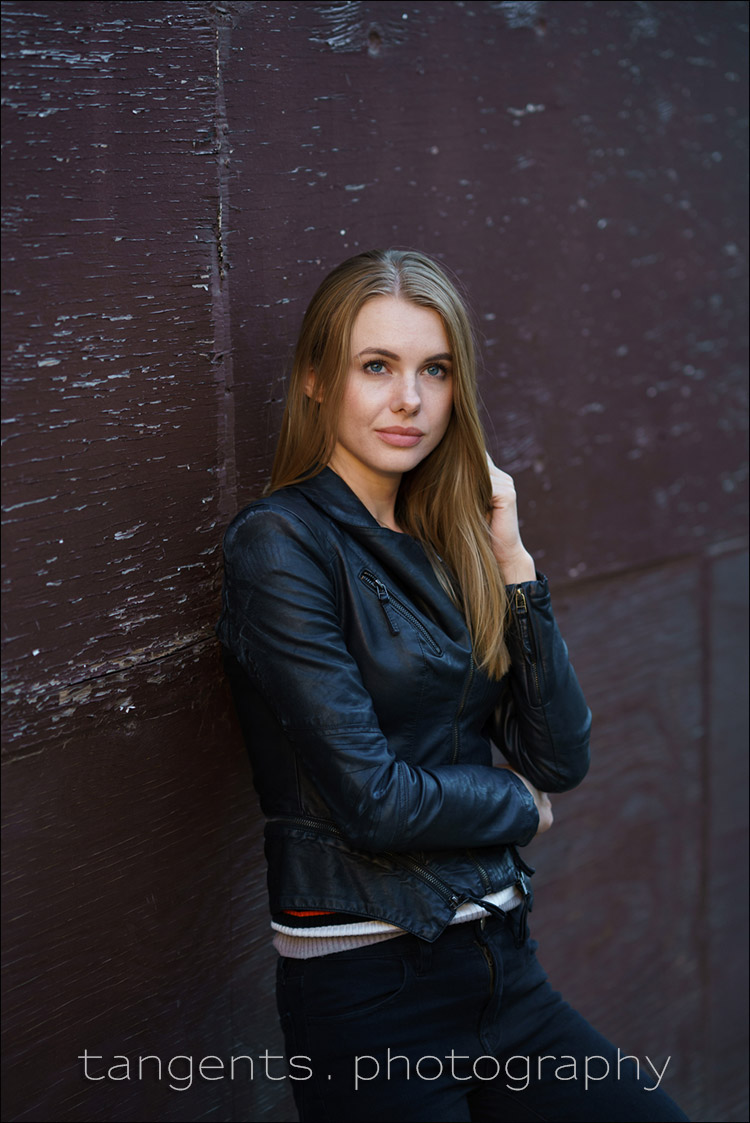 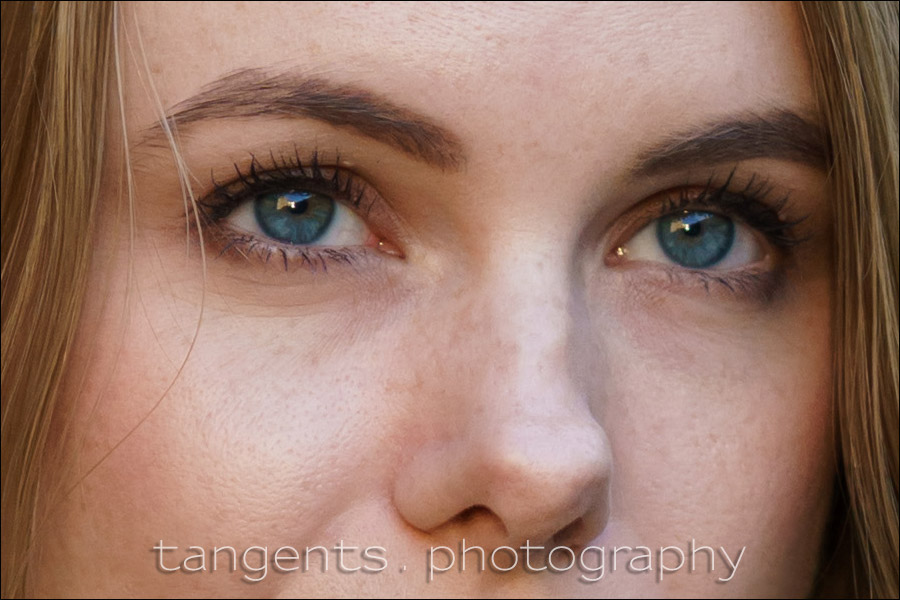 At a stop down (and additionally, using a much higher shutter speed), the sharpness is incredible. 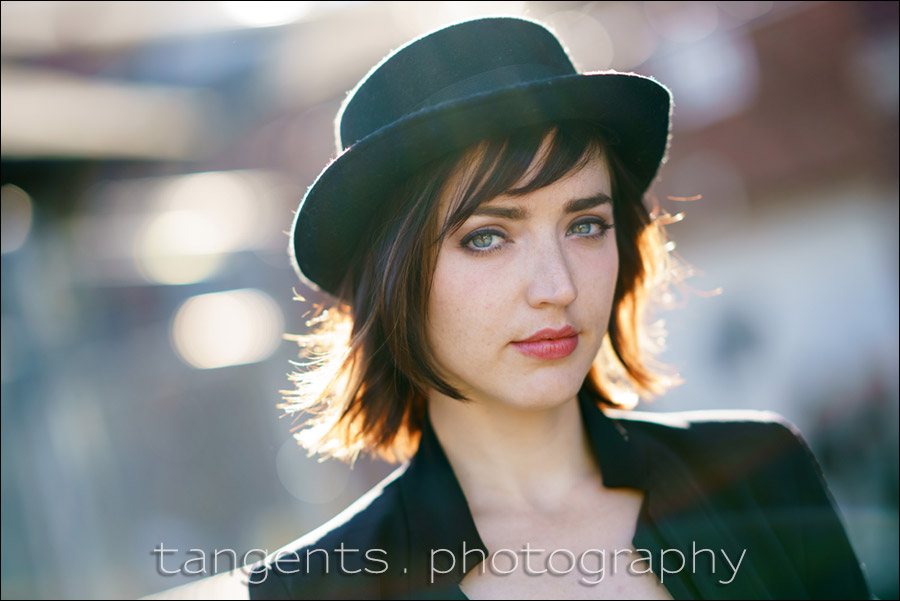 This image, also shown at the top, is a corrected image where the sunlight falling directly on the lens, caused some lens flare. The image, straight out of camera, is washed out. Typical lens behavior – but the detail is retained, and the image is easily adjusted by pulling the Black Point down, and bumping the Contrast and Vibrance up. Here is the SOOC image showing the lens flare at f/1.4  which is quite well controlled, if you consider the amount of detail that was still captured. 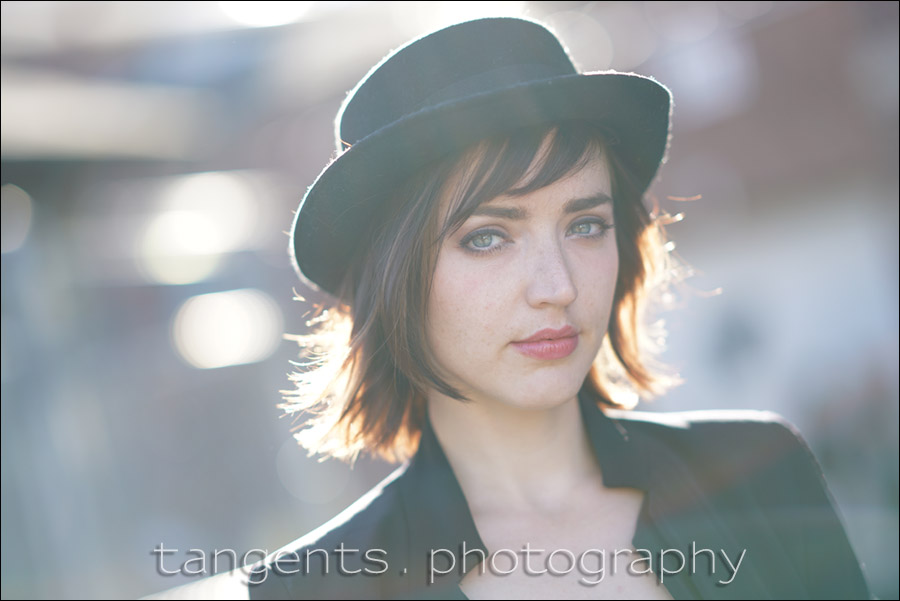 And if you are curious about the detail in the 100% crop of the edited image – the sharpness and detail is still there! 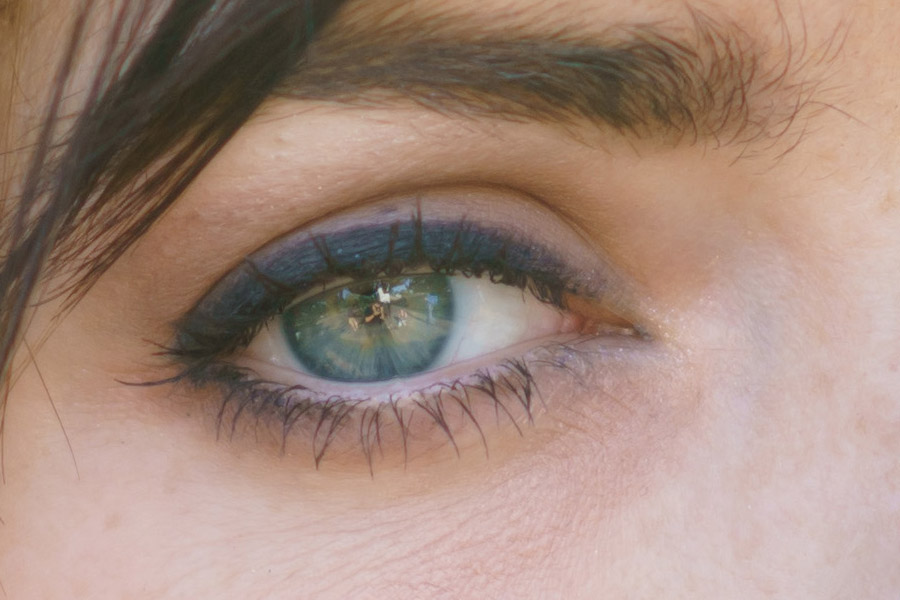 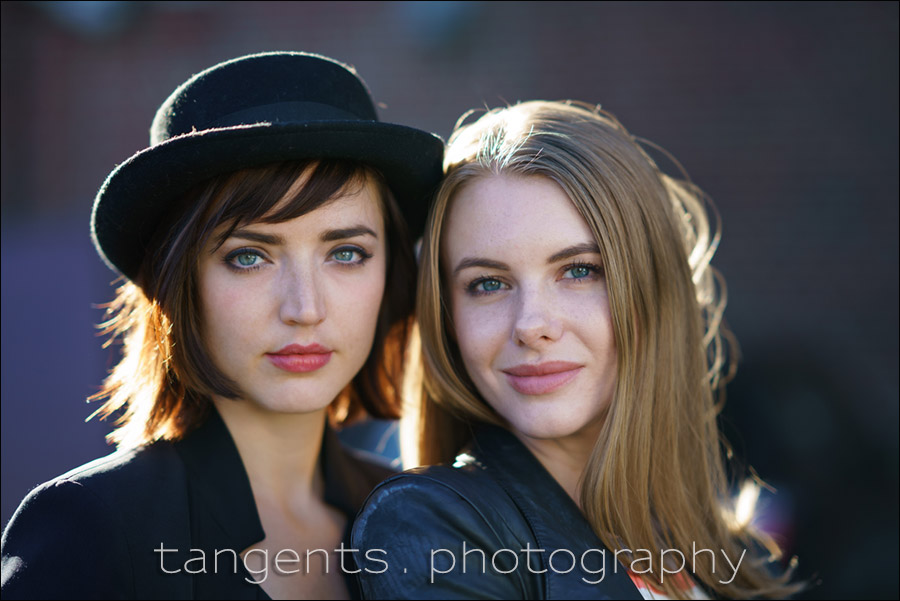 As mentioned earlier on, using the Sony FE 85mm f/1.4 GM Lens  (B&H / Amazon)  with the 42 megapixel of the Sony a7R II (affiliate), gave an astonishing amount of detail in the files. The crispness of the images, even at wide open aperture, was superb. The background blur (aka, the bokeh) was pleasantly smooth, as you’d expect.

This lens impressed me on every level. The price is a little spendy, but still on par with the similar lenses by Nikon and Canon. If you are a Sony shooter, this is it – the lens you want.

For a more proper test to see how the lens performs across the frame, I was able to use a resolution test chart. There are three full-resoluton images available to download so you can see for yourself. The images are out-of-camera JPGs – one at open aperture, and the other two slightly stopped down. The file naming convention should make it clear which is which.

The test chart was shot at a distance of about 11 feet. I tried my best to keep everything as steady and even as possible. The very slight softness on the left-hand side (when compared to the right-hand side), might be due to me not having the camera exactly perpendicular to the test chart. So do keep that in mind. Still, I do think this will give the more technical amongst us a very good idea of how sharp this lens is across the frame.