A little bit of info about the video and stills photography …

The video footage was shot by Jessica, using a Canon 5D mk II (B&H) and mostly using the Canon 24-105mm f4L IS lens (B&H). All the footage was shot with the camera on the Manfrotto fluid video monopod (B&H). I didn’t want to bring in a steadicam or slider, since I was there to photograph the wedding, and there was already a videographer. So Jessica had to be discreet and in the background as far as possible. With the monopod, the camera is steady, and the photographer can remain quietly in one spot, capturing video.

One thing I should mention – and this will be old news to video shooters – when we first started doing video with the HD-DLSR, it soon became obvious that static video footage is boring. There either has to be some movement in the frame, or you have to introduce movement by using a steadicam or a slider. The slider is ideal for creating dynamic video footage of a static set-up. But, as I said, we didn’t use one here. Just the video monopod.

Regarding the choice of Canon in this regard – for I am sure there will be questions about this since I predominantly shoot with Nikon. Even though I went with Nikon again more than 2 years ago, I kept a small Canon system. Mostly this was for workshops, and to remain familiar with the Canon flash system. I’d guess that 60% of the Tangents audience shoots with Canon, so I have to be au fait with Canon in that regard as well.

I wanted to bring in video as well into the repertoire, since I strongly believe that stills and video are converging technologies. At the moment, the Canon 5D mk II dominates the HD video field. I therefore made the easy decision to upgrade my classic Canon 5D body to a 5D mk II body. Superb image quality and 1080p video. Great! Count me in.

This video clip was edited with iMovie ’11, but we’ll have to move up to something more powerful and flexible.

Music for the video clip provided by Triple Scoop Music

Regarding the stills photography – regular readers of the Tangents blog will see there’s nothing dramatically new here in terms of the equipment or lighting technique. Some of the lighting technique was already discussed in a previous post on using video light for the romantic portraits. During the bridal preparation, I used the Nikon 85mm f1.4G (B&H) a lot. So any stills frame that has shallow depth-of-field during the prep … that was the 85mm f1.4

The bridal party was lit with a single Lastolite Hot Shoe EZYBOX Softbox Kit (24″x24″) (B&H). Even though I used a relatively small softbox for such a large group, the contrast in the images isn’t too strong. The reason for this is that there was already so much ambient light streaming in from behind through the curtains.

I triggered the speedlight in the softbox with the PocketWizard FlexTT5 transceiver (B&H). Have I mentioned yet how much I love these?

The static shots of the bridal party was shot with the off-camera speedlight set to manual via the FlexTT5. But where I had the groomsmen and bridesmaids walk towards the camera … ie, their distance to the light changed … then I simply switched the slave / remote flash over to TTL mode via the on-camera FlexTT5. Simple and easy. 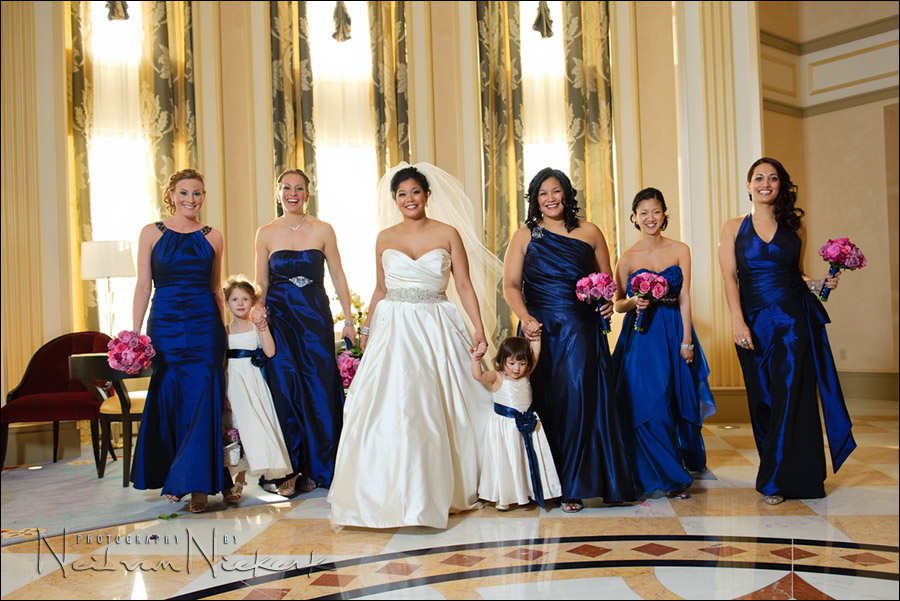 The rest of the day, I used a single on-camera speedlight and the infamous black foamie thing to help with bouncing my flash.

During the church ceremony, I only used flash during the processional. And as mentioned, a single on-camera flash bounced behind me to clean up the light. 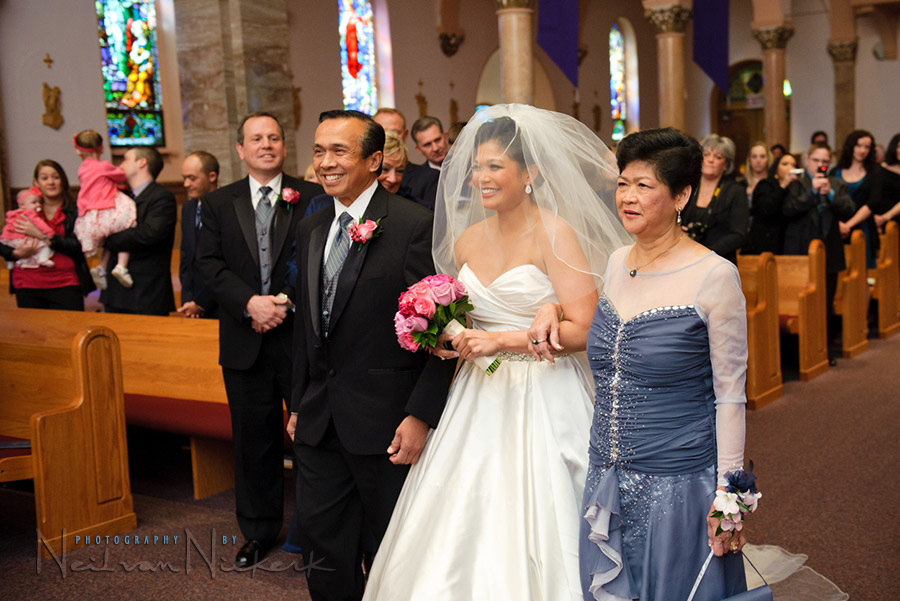 Even during the reception, I only used the on-camera bounce flash. But it did help that the reception venue was large. Low ceilings make it difficult to spread the light far. 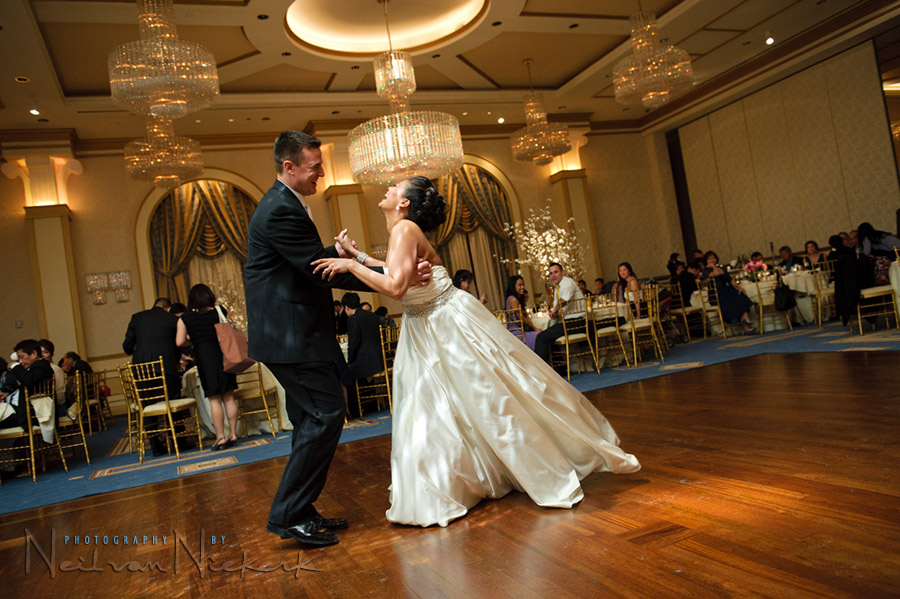 1/100 @ f3.5 @ 1600 ISO … flash set to TTL
I think the dappled light on her is partially also from my flash hitting the chandelier, but it is difficult to say now in retrospect. Either way, I like the way it looks here.

gear used for the HD video

gear used for the stills photography