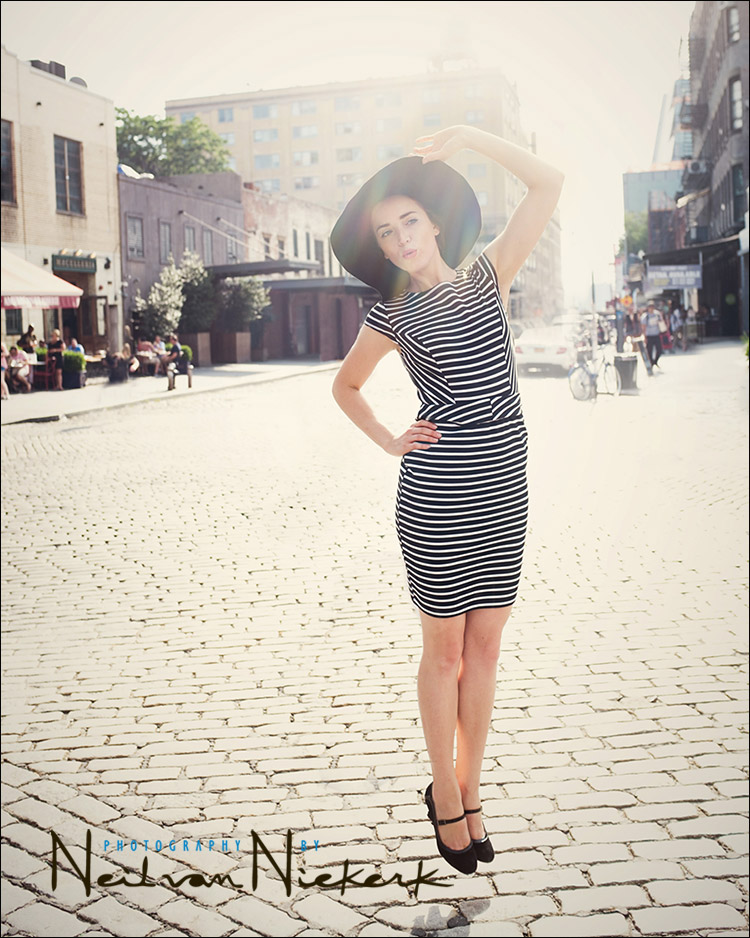 a favorite image – before & after (and the how to)

There’s something about this photograph that I really like … aside from Anelisa being one of my favorite models. It is slightly surreal with Anelisa’s apparent levitation. The dress and hat is reminiscent of a 1950’s Fashion, and Anelisa’s mid-air pose is also reminiscent of Philippe Halsman’s iconic jumping images. All that, combined with the sun flaring across her face and the washed-out background, all adds to this wonderfully nostalgic mood. 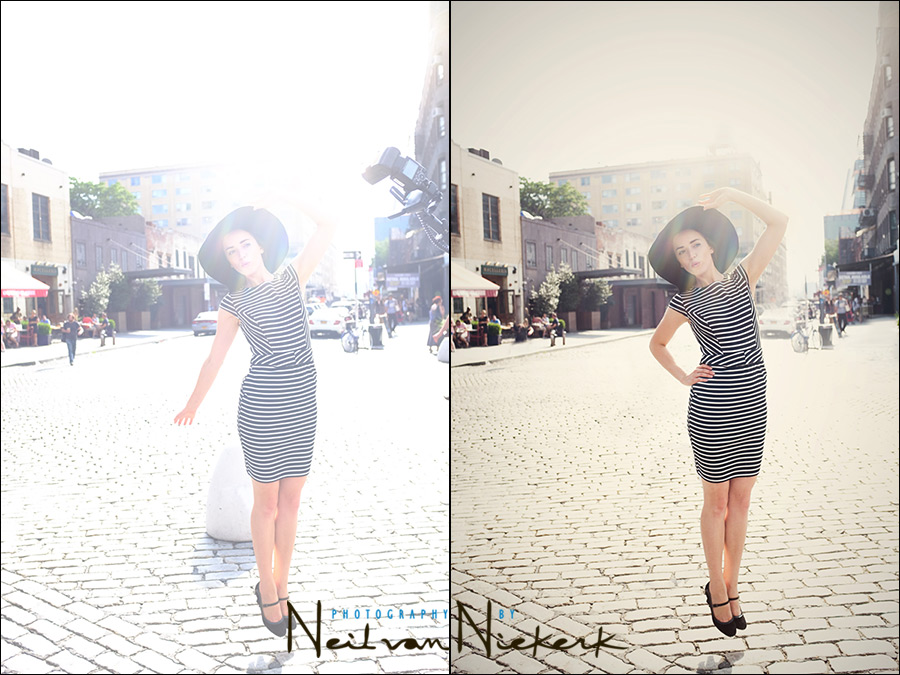 The comparison images – the straight-out-of-camera (SOOC) photo on the left, vs the final image. First thing that you might notice is that her hand changed position!

One of the things I didn’t quite have exact control over – although I suppose in deciding to show the image, there is control – was how Anelisa’s right hand was held. I liked everything else about the image – her movement and gesture. But not her hand, which looked awkward. So I used her arm and hand from another image but where other elements didn’t fall into place. In blending those two images, and removing some clutter, the final photograph is an improvement.

The comparison will also show just how much detail I was able to pull back with the RAW file. Then, to simplify the image somewhat, I cloned out a few distractions in the background, as well as the off-camera speedlight peeking in from the side.

In terms of lighting and exposure – it is an available light photo of Anelisa during a recent personal photography workshop in New York. The other photographer was working with off-camera flash in high-speed flash sync to freeze her movement. So while the other photographer was down on the paving to get the photo of Anelisa against the sky, I leaned over him to get a few frames. Without off-camera flash though, I happily let let the background blow out to get proper exposure for my subject.

To give the final image that sun-drenched hazy look, I used a Photoshop filter.

There’s a certain beauty to using a camera like the Fuji X100s (affiliate). It is fiddly enough with enough dials and options to satisfy the geekiest of photographers … but with the single lens, there is a simplicity in using it as a general camera. You need to make images work by finding the interesting angles and compositions. Of course, not all subjects are suited to such a simpler approach, but in that challenge in using just this camera, it makes you work just that little bit harder in making a scene work. In the same sense, that’s why I think the best walkabout camera is the iPhone … except that a camera like the Fuji X100s gives much much better image quality, and offer a lot more control in terms of focus and exposure.