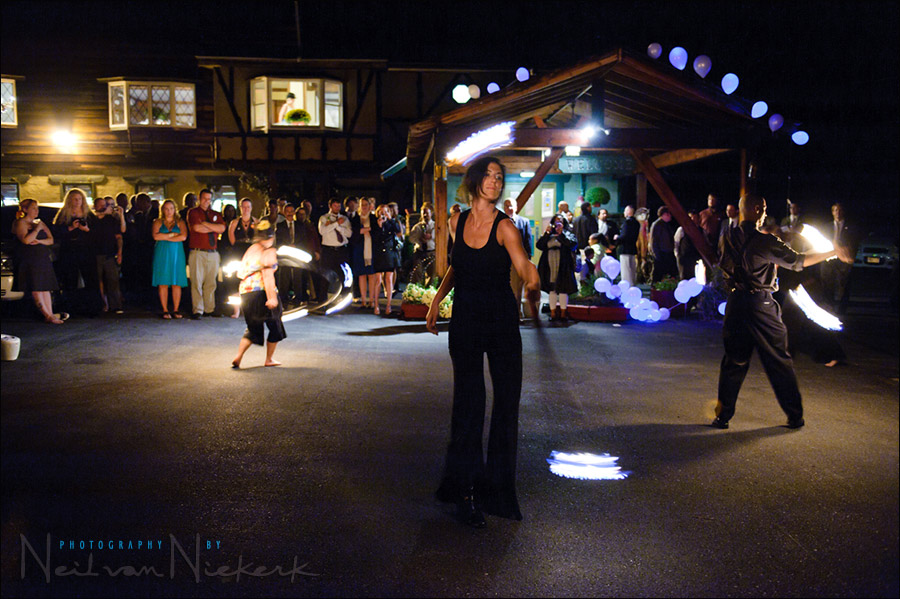 The bride and groom at last night’s wedding are veteran burners – people who attend Burning Man – and several of their guests are fire performers. Later the evening during the reception, four of the guests showed their skill in juggling and dancing with fire. 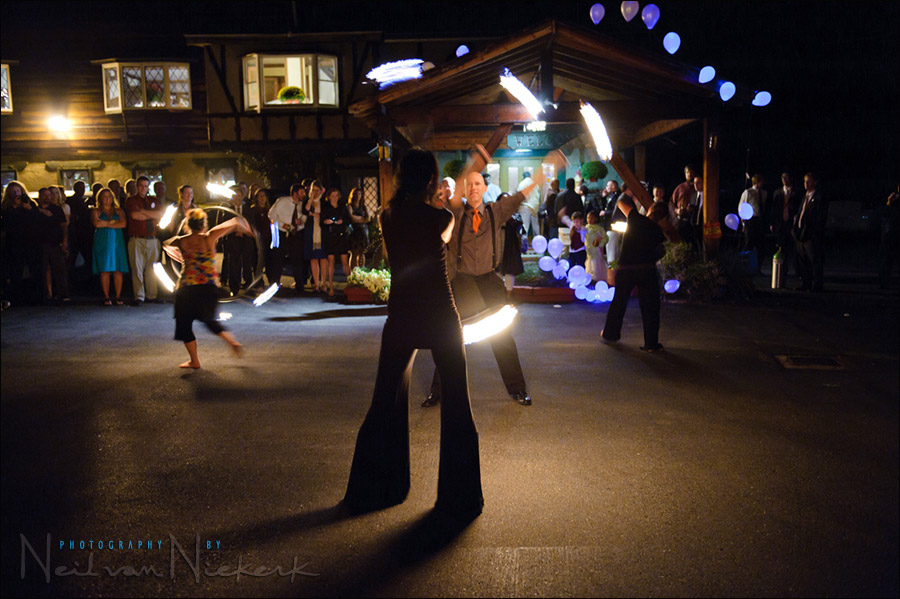 To ensure that I get at least a few usable (and hopefully striking) images, I machine-gunned it. During the entire performance, I fired off nearly 500 frames, of which I deleted all but 140.  From those, around 60 range from usable to good. 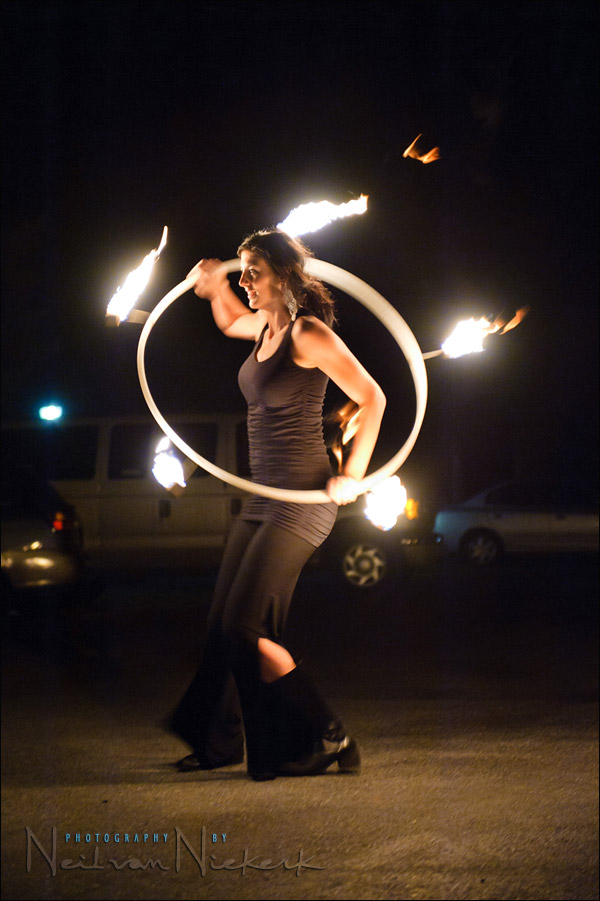 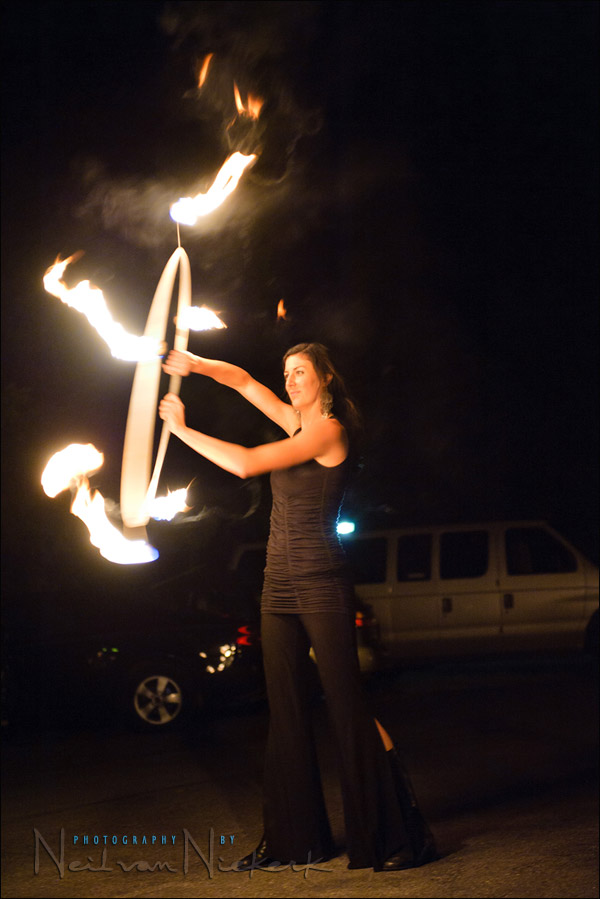 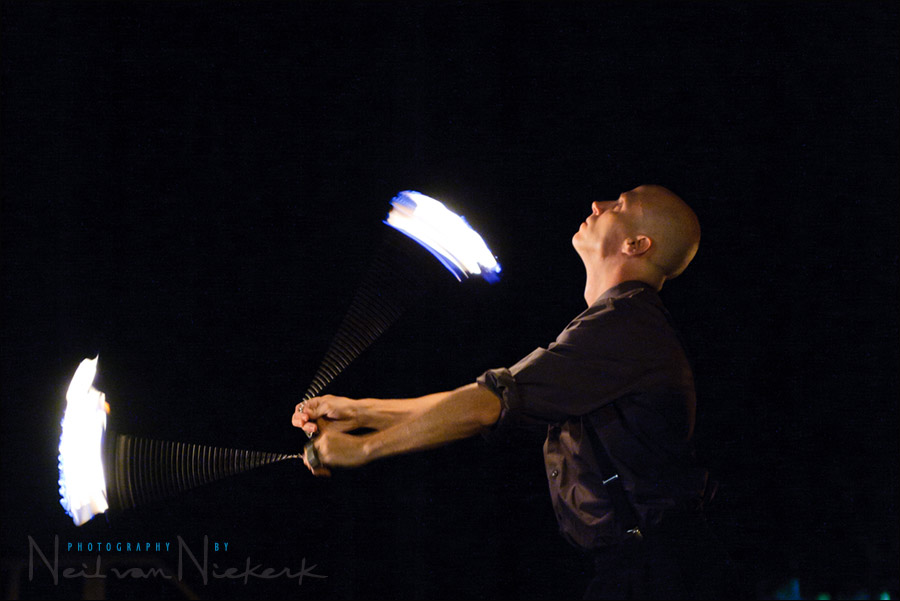 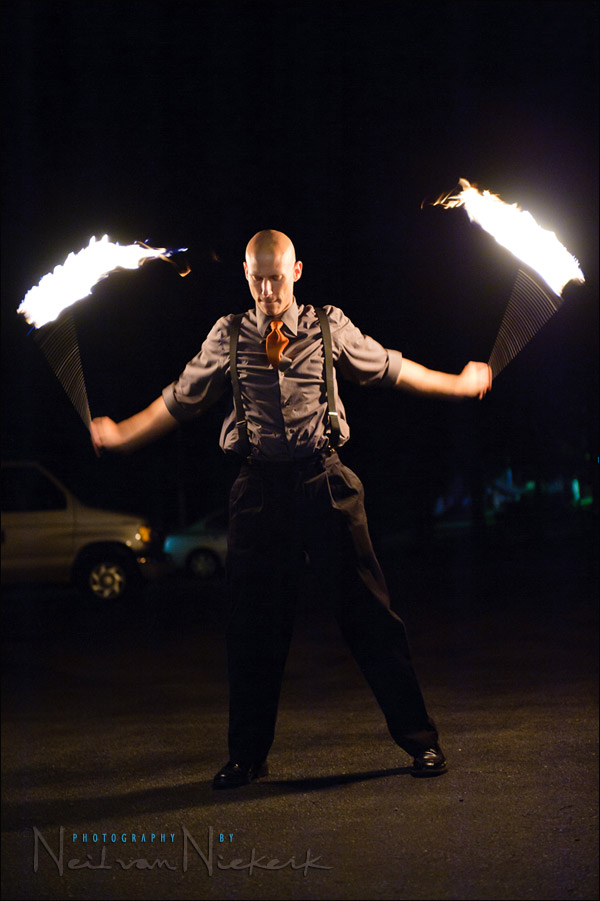 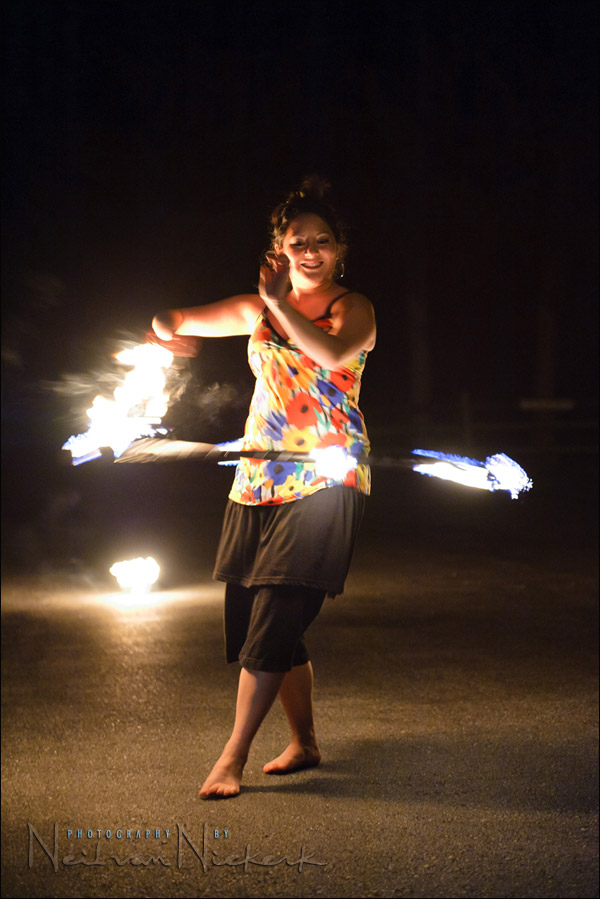 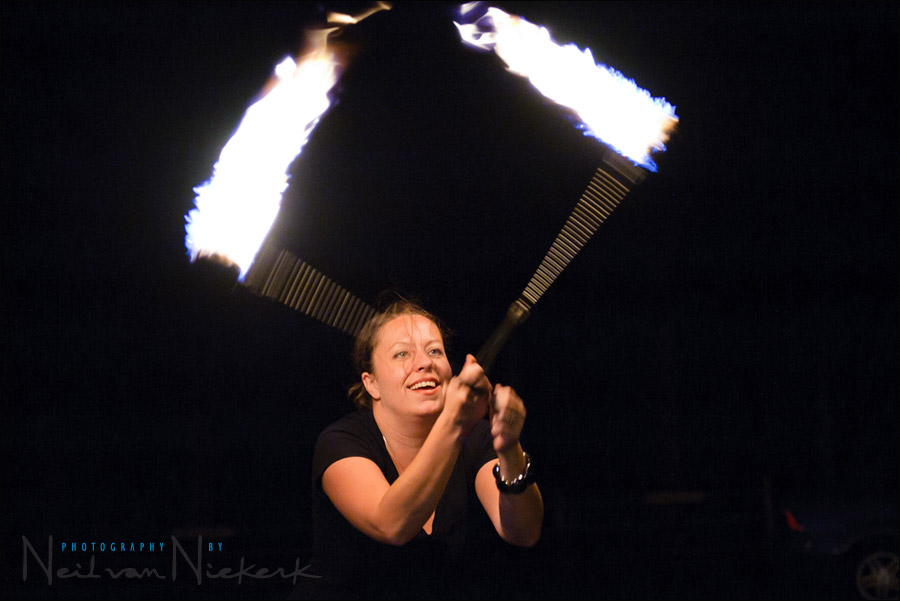 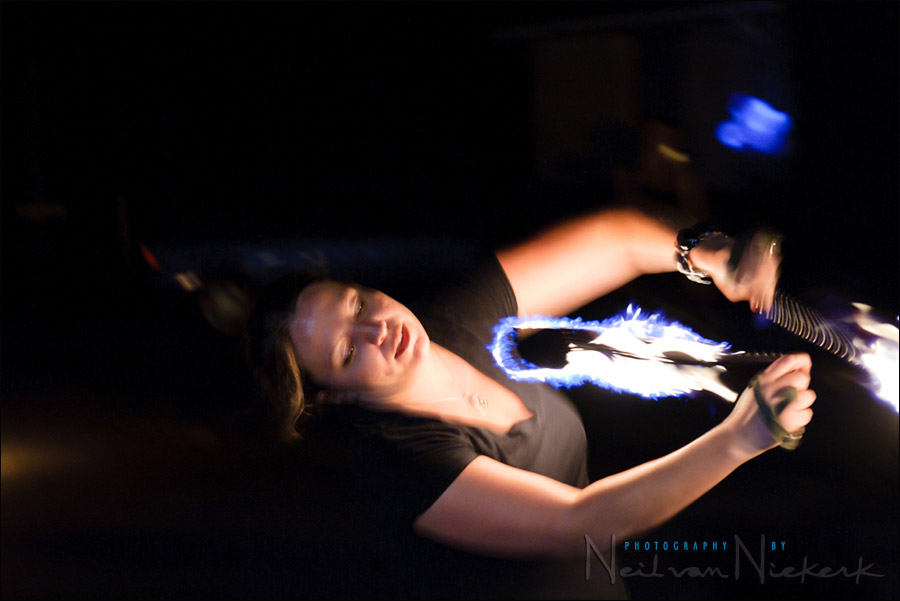 Not only where there fire performers at this wedding, but Danny Kean and his traveling piano made a guest turn.  If you check out his website, you’ll see mention of his dog Boner .. but Boner passed away, and the doggles here is Danny’s new companion. 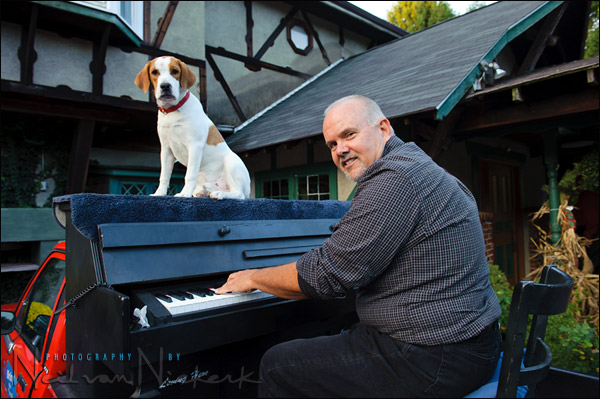 And just in case anyone is curious about the couple with this most unusual wedding, here is Katie and Nathan during their portrait session earlier on in the afternoon. 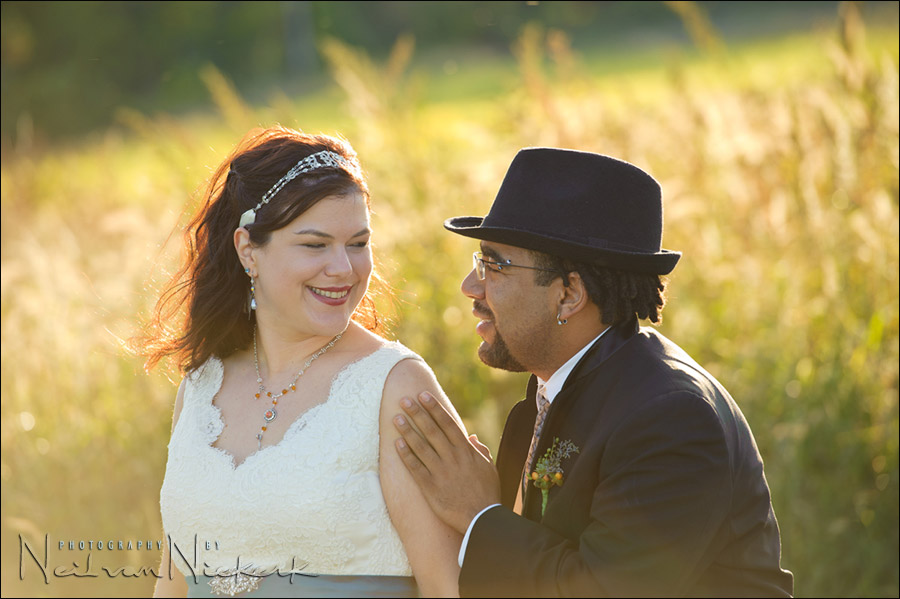