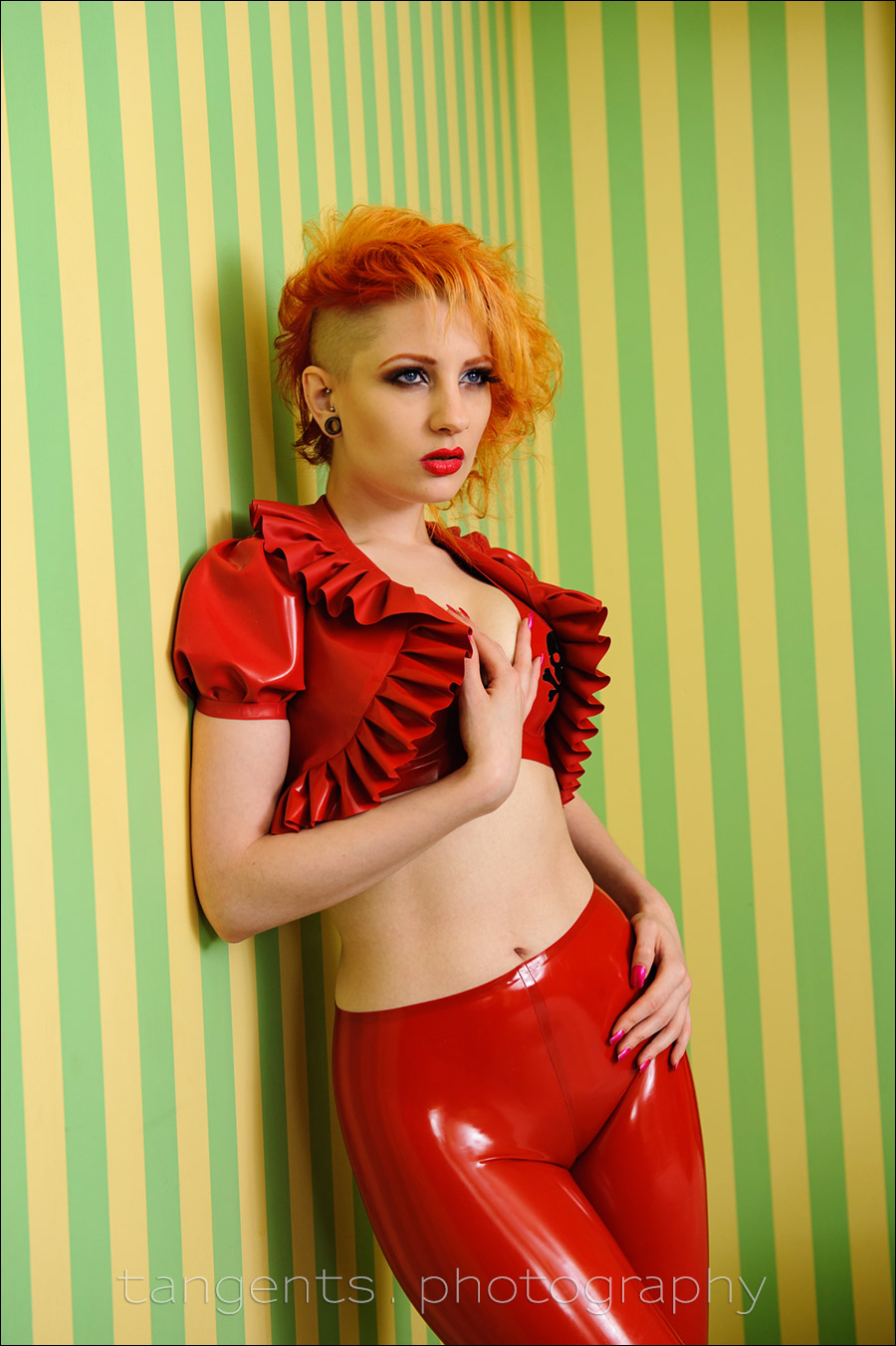 This portrait of an unusual model, Ulorin Vex, was truly simple in its execution – most of the work was done by Ulorin Vex with her outfit and her striking looks. Then, the composition and choice of background was the hotel room with this stripy wall paper. I thought the bold yellow and green stripes would complement her bright red outfit, without competing. Then the lighting – off-camera bounce flash – was simplicity itself. I had a speedlight that I bounced off a white surface to create a large light source for flattering, soft light. But it took me a few steps getting there …

We did need to bring in additional lighting, since the light in the hotel room was too uneven.

My first instinct was to use a medium sized softbox with the speedlight. Here is the result, as shot with a Lastolite EZYBOX 24×24″ softbox (affiliate).

The light looks great – soft but with enough contrast to make the lighting dynamic should we have Ulorin Vex pose with the direction of lighting in mind.

The only problem for me – since we were shooting in a smallish hotel room, she had to stand close to the wall, and her shadow became too pronounced for my liking.

I wanted softer light – in other words, a large light source. 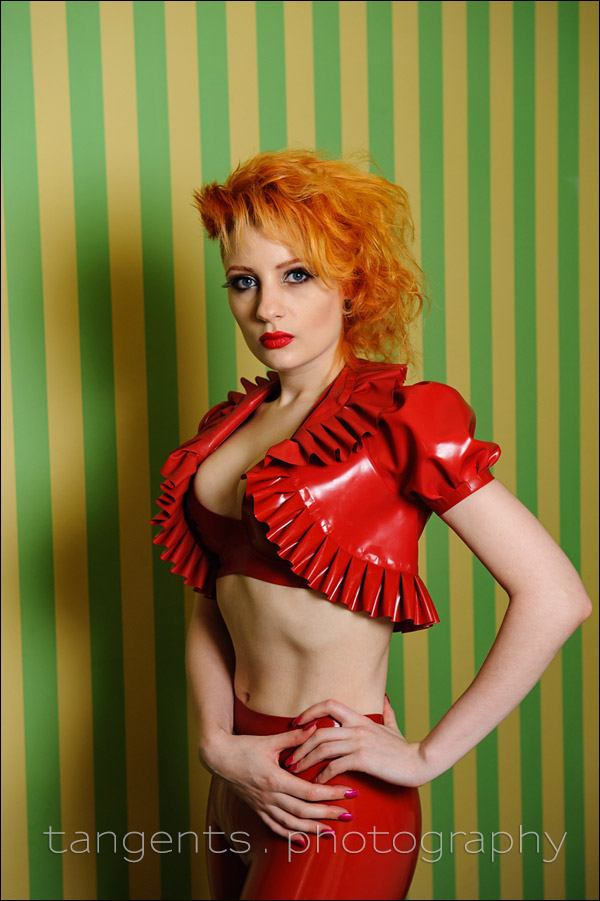 I then set up the speedlight, sans softbox, to bounce off these white window blinds. That should work. 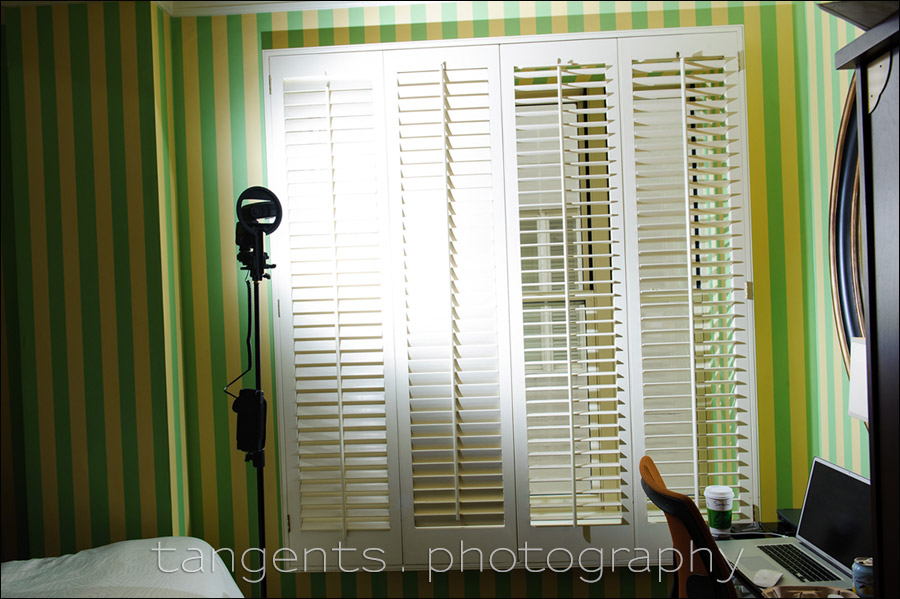 But again there was a hiccup – some of the bounced light hit the mirror on the wall, creating this distinct shadow to the side. Here is the test shot, showing the shadow to the right of the image. It might work with a specific idea in mind, but that isn’t what I intended with the photographs I wanted of her. 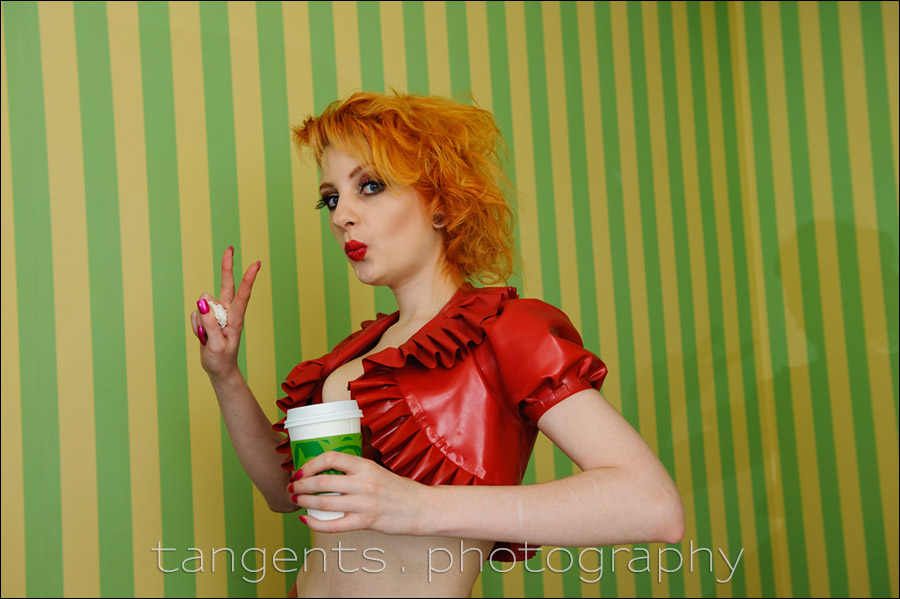 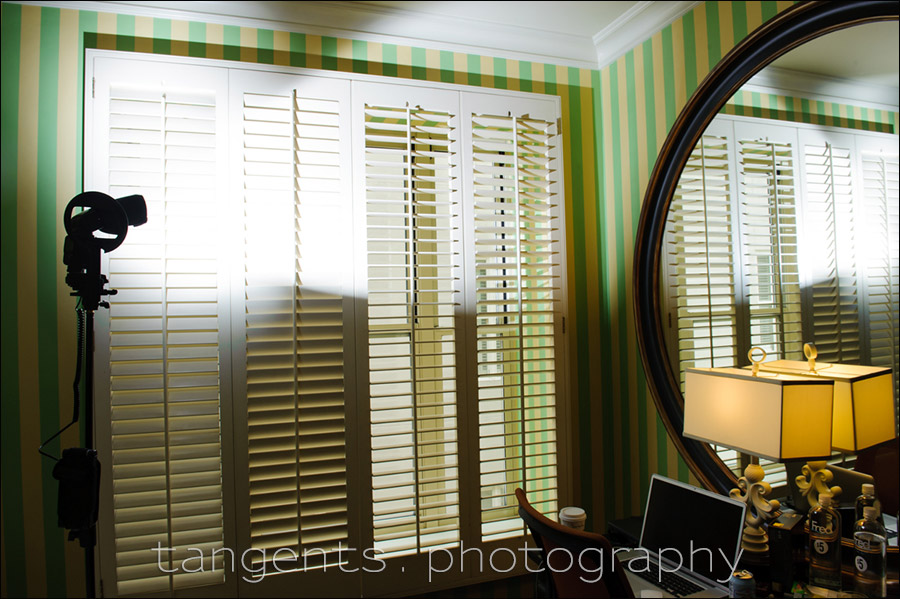 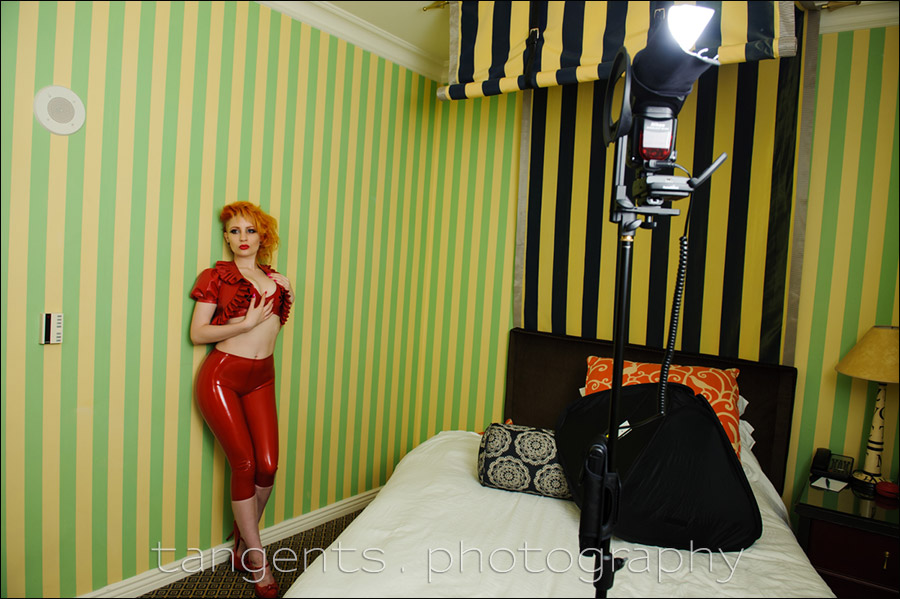 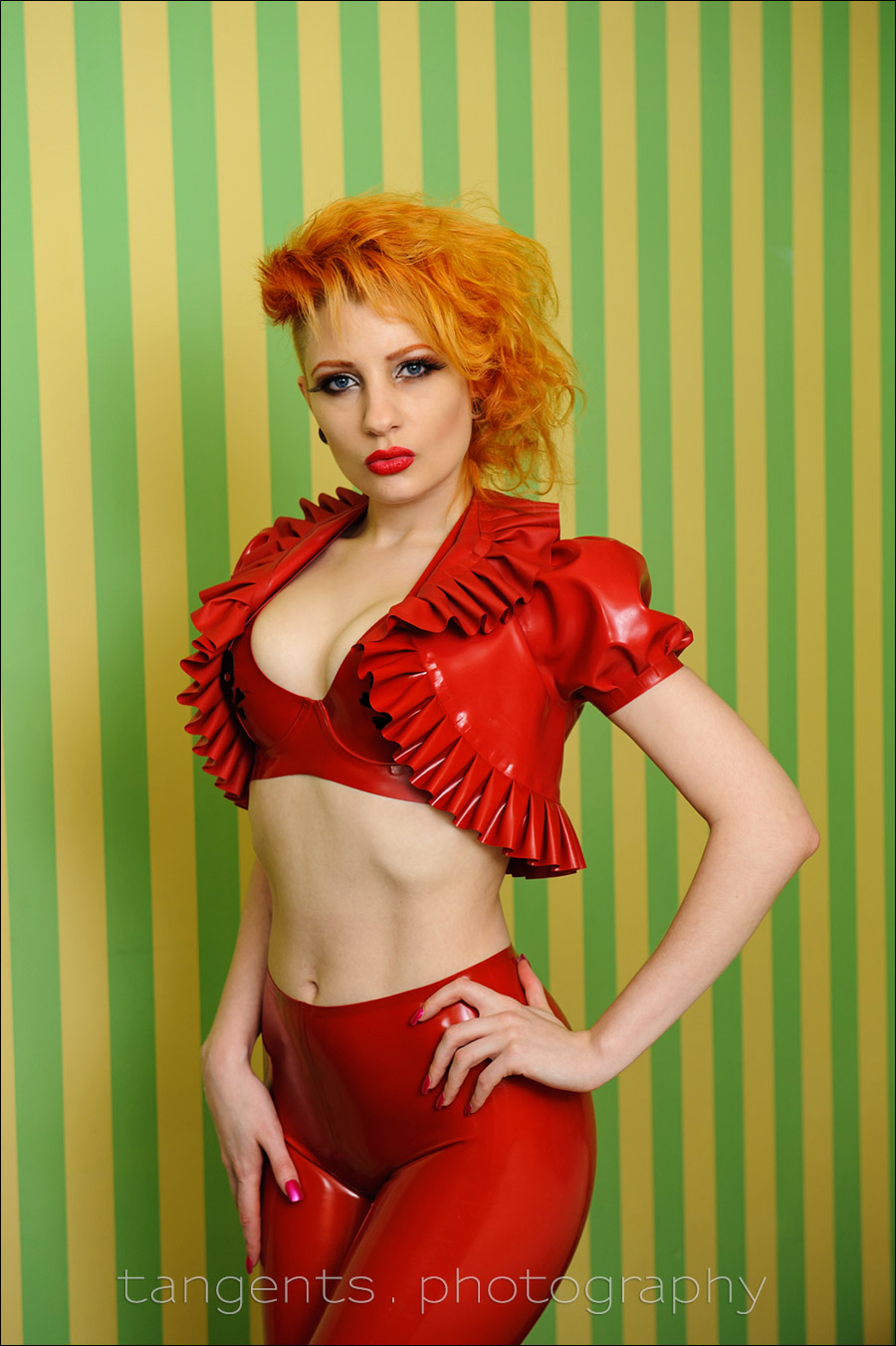 Camera settings & Photo gear (or alternatives) used during this session

Even though there is a bit of a color cast from the yellow/green wallpaper when our model posed close to the wall, I decided I can live with that tonality. Two other examples  from this photo session with Ulorin Vex, where we shot in different locations and she wore different outfits: 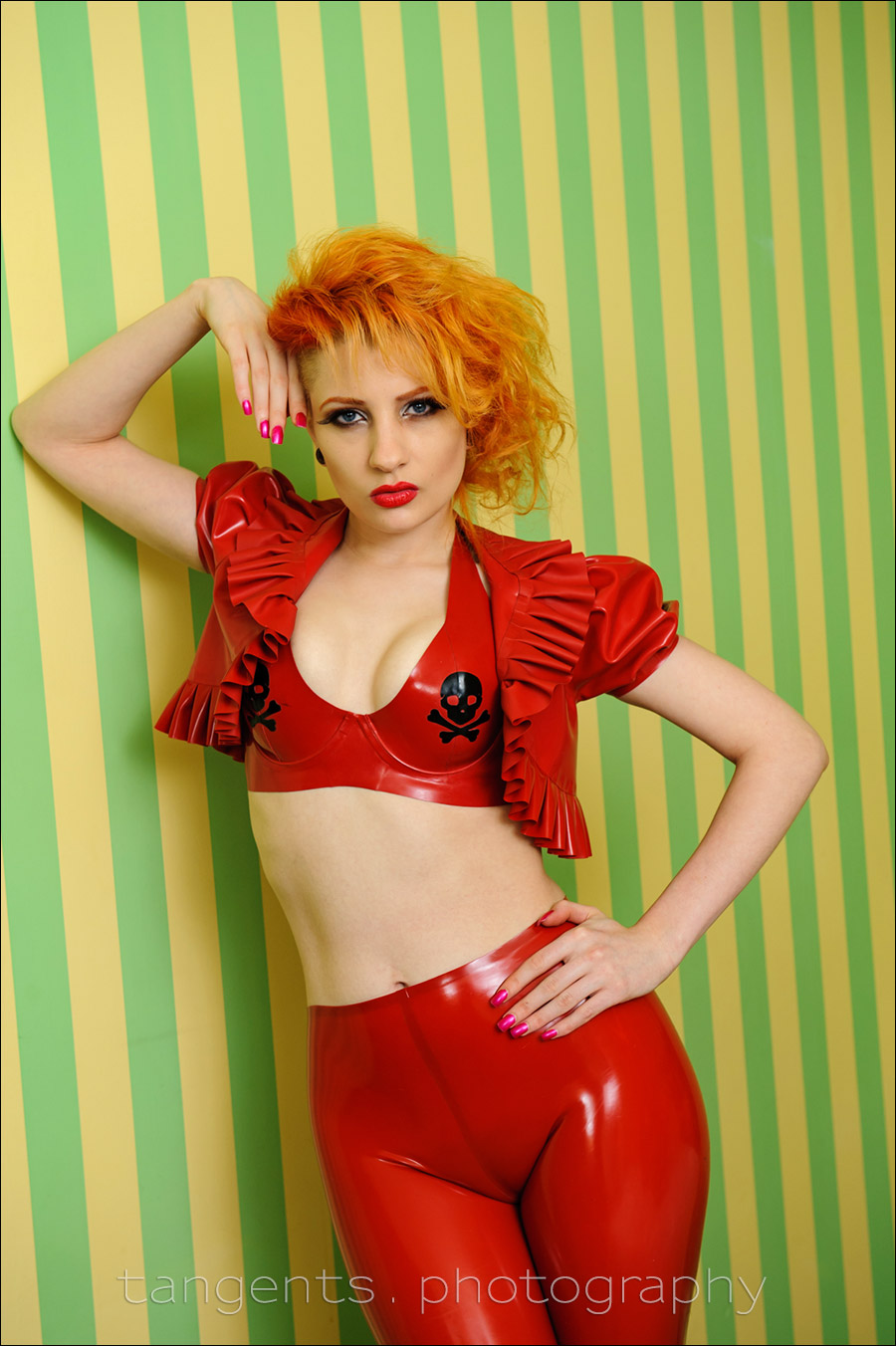 The lighting looks really good for such a simple lighting setup – bouncing flash off a large white area. It gave the soft, flattering light that I wanted in this case. It just needed a tweak along the way to control the light.