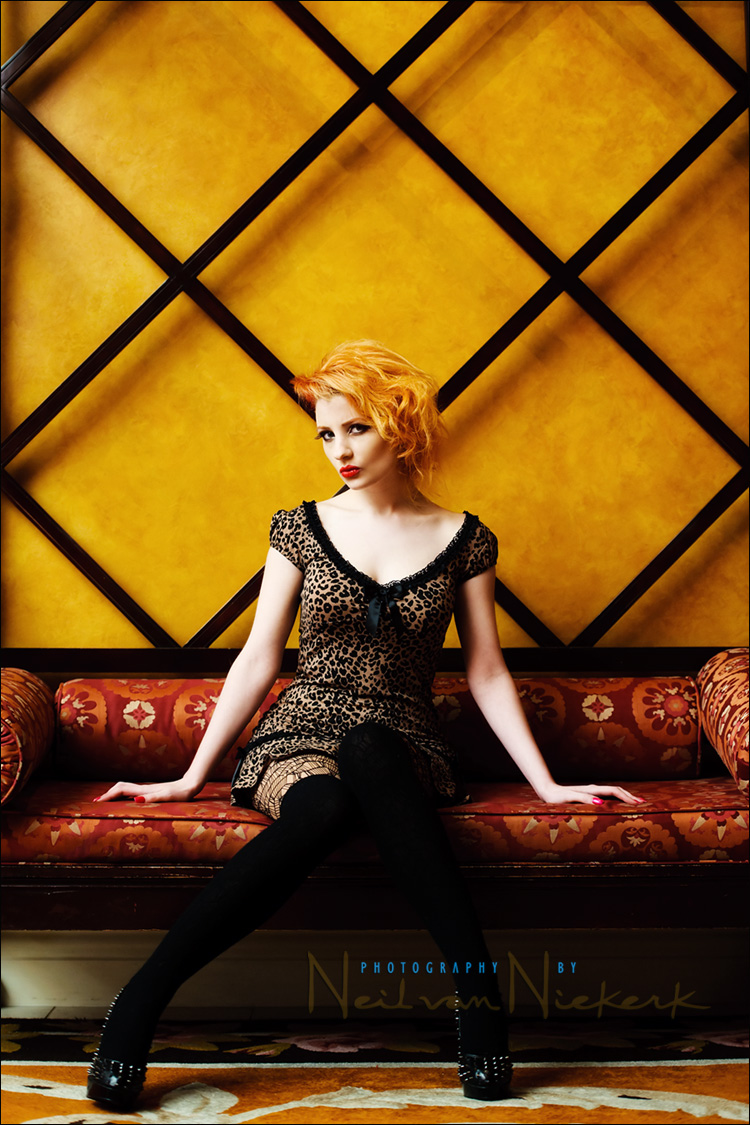 During the same afternoon that I had the opportunity to photograph Ulorin Vex, I took several other sequences of images of her in other costume. Here we worked in the foyer area of the Hotel Monaco in San Francisco. (If only all other hotels had such a diversity of immediately photogenic areas!)  With this image, I wanted a near-symmetrical image, with just Ulorin Vex’s posture slightly breaking the symmetry up. Just enough to make a stunning subject even more eye-catching. 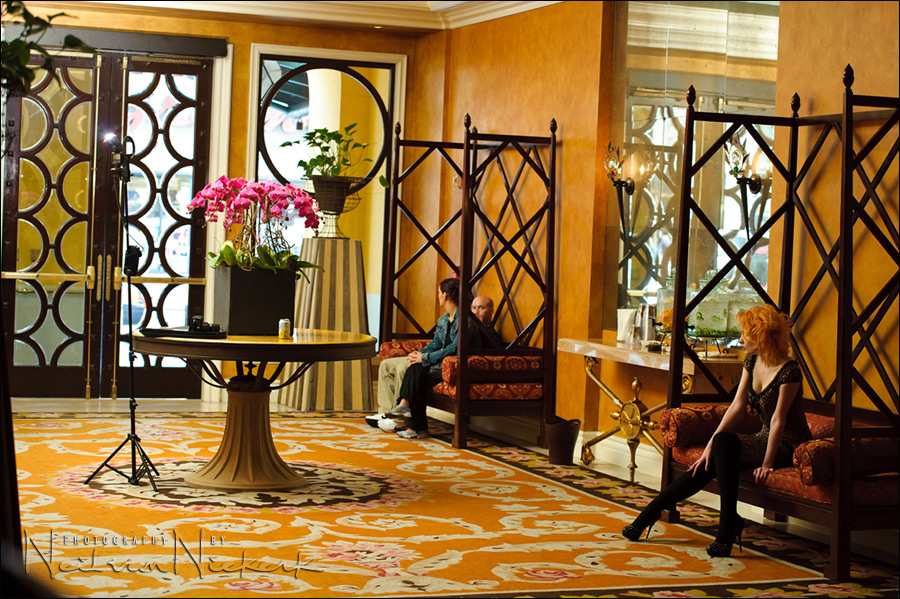 When I saw that bench in the foyer area, I knew that it would work as a simple backdrop, and that the colors would pop. The pose is mostly Ulorin Vex’s … she is supremely professional and easy to photograph, bringing so much to the photo session. Then all it needed was gentle fine-tuning of the positioning of her hands and legs by telling her how I’d like her to place her hands and feet.

In lighting this, I went for a simplistic set-up again – just bouncing an off-camera flash into the ceiling and away from her. The pull-back shot above will explain this.

The off-camera speedlight was controlled PocketWizard FlexTT5 and the AC3 Controller (affiliate), to change easily from manual flash to TTL flash, and control the power of the flash, from my camera. In the end, I shot with full manual power, since bouncing flash this way lost a lot of light.

In the larger image of that pull-back shot, you can see that I had gelled my flash. The light in there was predominantly incandescent, so I just used a gel on my flash. In the end, looking at the comparison shot without flash, so little ambient light registers, that it most likely wouldn’t have made much difference. 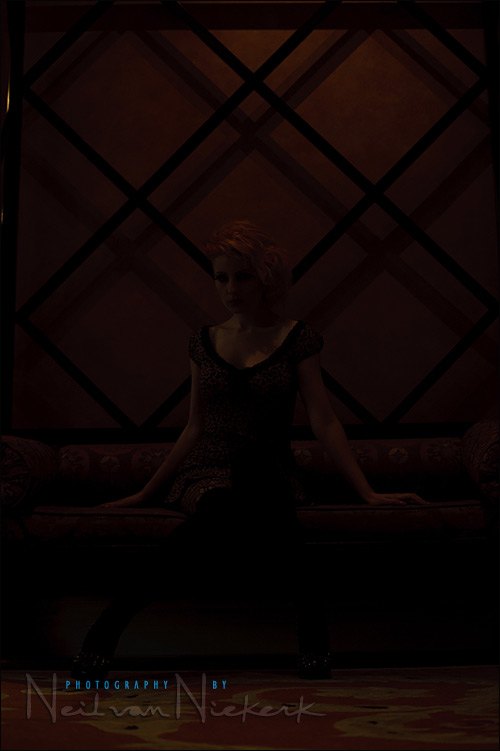 Yet, the shadows of the diagonal beams do show up in the final image. In the end, I’d gel my flash again if I had to shoot in a similar situation. It just makes more sense to have my flash be close to the color balance of the predominant ambient light source.

For the two images shown here, I took my post-processing a few steps further than I usually do. 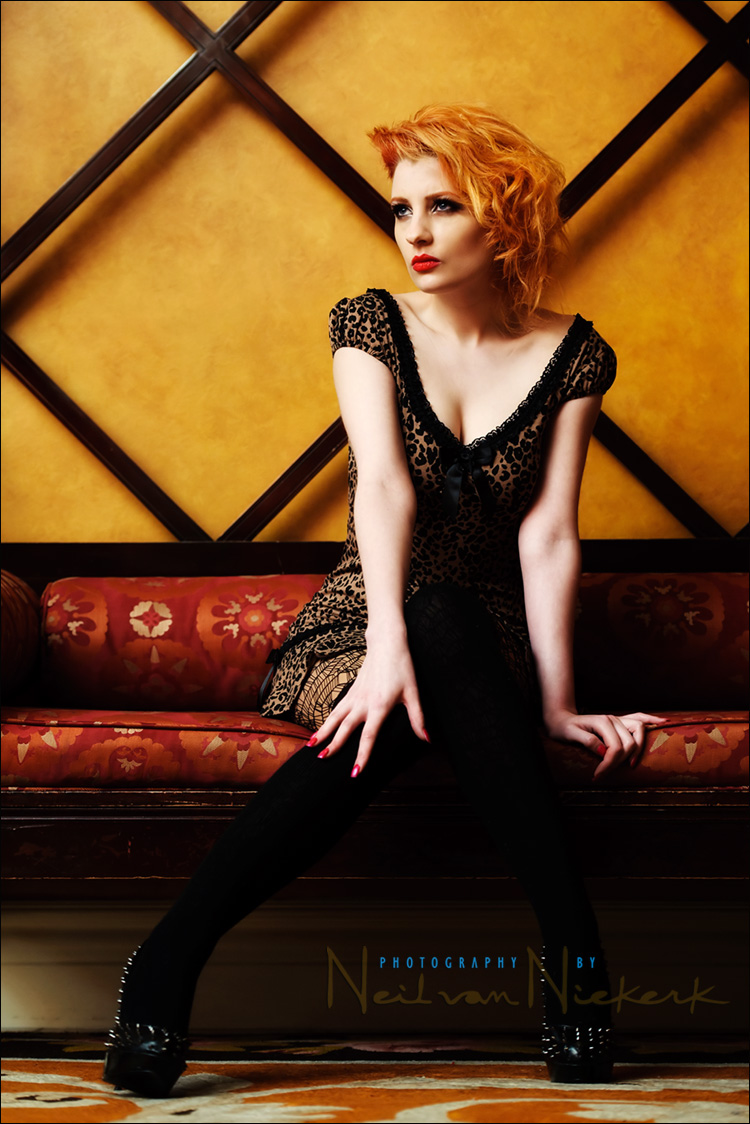 Instead of my usual post-processing workflow for retouching portraits, I changed things up a bit: 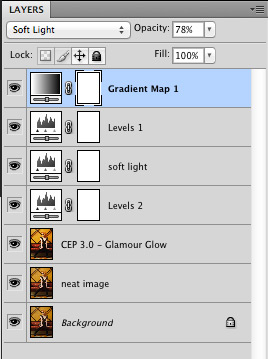 And that’s all it took – a fantastic model, a photogenic spot, simple but effective lighting and some Photoshop fairy dust. Simple really.