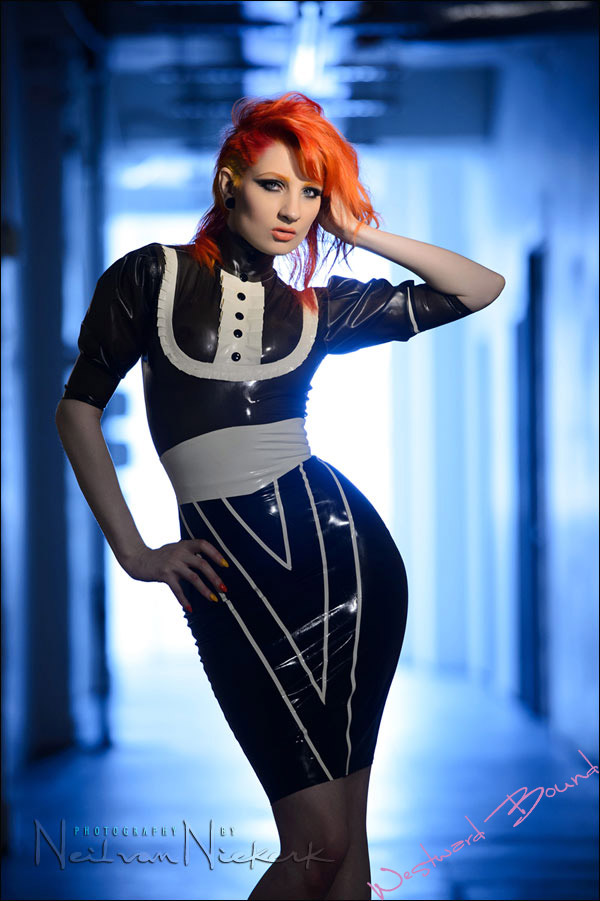 The dramatic look that video lights lend to photographs, is a regularly explored topic on Tangents. I also cover the use of video light in my book Direction and Quality of Light.

The video lights that I have been favoring, are the Lowel ID-Light (affiliate), but like other halogen video lights, it tends to run hot. LED video lights (affiliate) that are meant to be hand-held or mounted on a camera, also tend to be under-powered for some uses. And since video lights tend to be small light sources, their light is quite contrasty. So there are some limitations.

So when I got to try out the Litepanels Sola 4 LED Fresnel Lights (affiliate), I was quite keen. Especially because the arrival of these lights coincided with one of my favorite models, Ulorin Vex, visiting the East Coast for a few weeks. Ulorin Vex’s dramatic style and clothing would be very well suited to this kind of lighting. 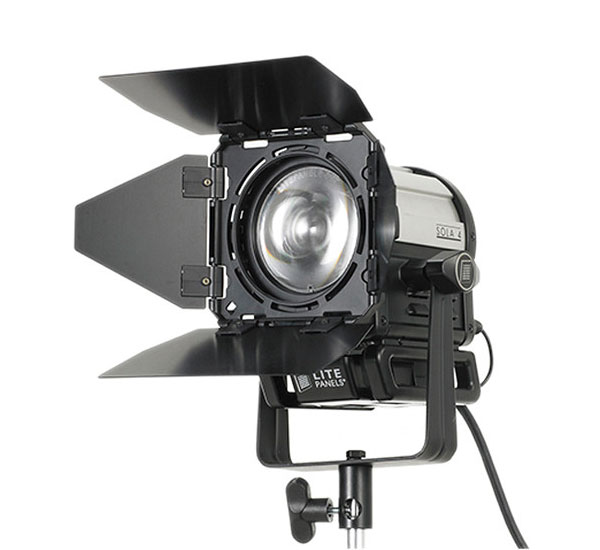 The Litepanels Sola 4 LED Fresnel Lights  (B&H / Amazon) is a lightweight 4.0″ Fresnel light that is Daylight balanced at 5,600K.

The beam can be dimmed, (ie, adjusted for brightness). It can also be focused between 72° to 13° which means the area that the light covers, can be adjusted with the one control knob on the back. The light is delivered by heat-free daylight-balanced LEDs.

According to the spec sheet, the Sola 4 uses only a small fraction of the power a conventional fixture would require to produce the same volume of light (39W, equivalent to 300W of HMI light). It definitely doesn’t produce much heat.

The spec sheet also states that the color balance doesn’t shift as the light is dimmed. This is hugely important.

Video clip: behind the scenes of this photo session 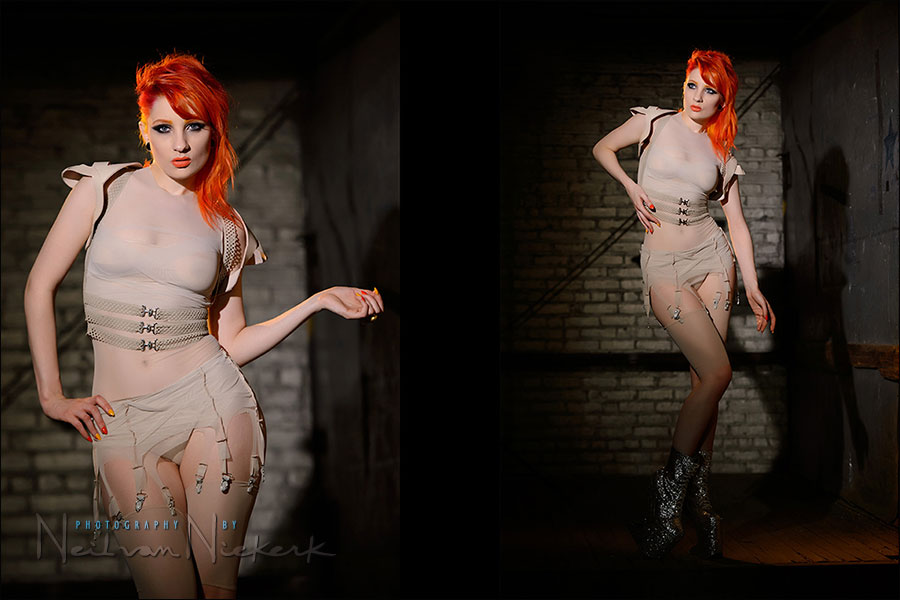 The Litepanels Sola 4 Fresnel Light in use

The Sola 4 runs on AC power (110 – 240 VAC). To work with them on location, I used the Profoto BatPac portable battery (affiliate) to effortlessly run these for the three different parts of this photo session.

There is a behind the scenes video clip of this shoot, that will be up in a few days.

Let’s run through the first setup, and see the thought-process behind the image at the top.

For this first setup, I decided to use the passage outside my studio area. With the strong backlighting, I wanted the background to blow out a bit. The initial test shot showed that we could be onto something here. 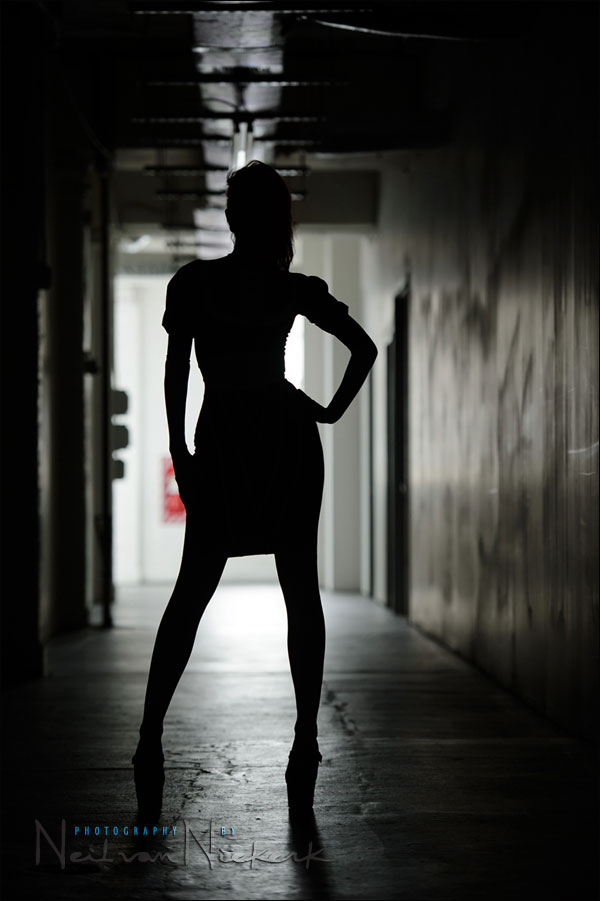 For this series of images, I used two Litepanels Sola 4 LED Fresnel Lights (affiliate) on light-stands to camera right. The one beam was set to a wide spread, and with the power down. This would be the fill light so that there was a hint of detail lower down on her body. It also made the main light slightly less contrasty.

The main light was the other Sola 4 focused more tightly on Ulorin Vex’s face. 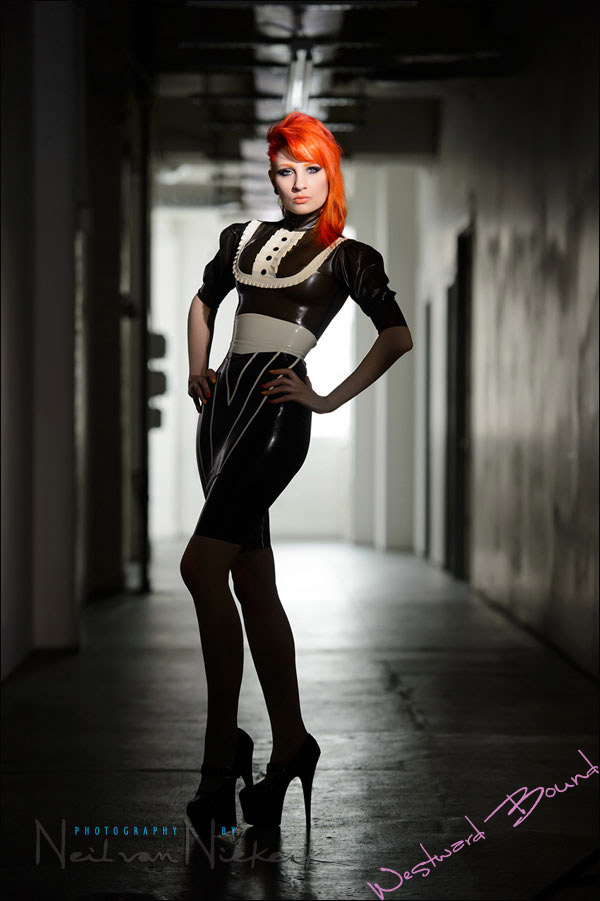 Drama! I love it. But the daylight WB image looked like it could do with something more.

With this in mind, I used two of the gels that come with each head, and gelled the lights for Tungsten / Incandescent. This turned the background blue. 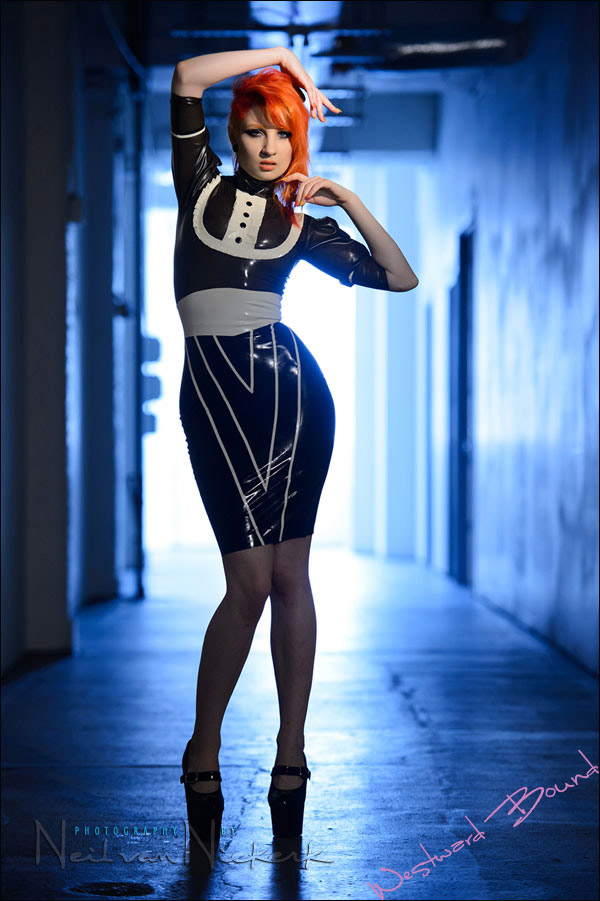 The gels cut down the amount of light, so I pulled my shutter speed lower, and the ISO a touch higher. This in turn made the background blow out even more – and I think this added an even more ethereal effect to the final image.

The behind-the-scenes video clip will show more of the specific setup. 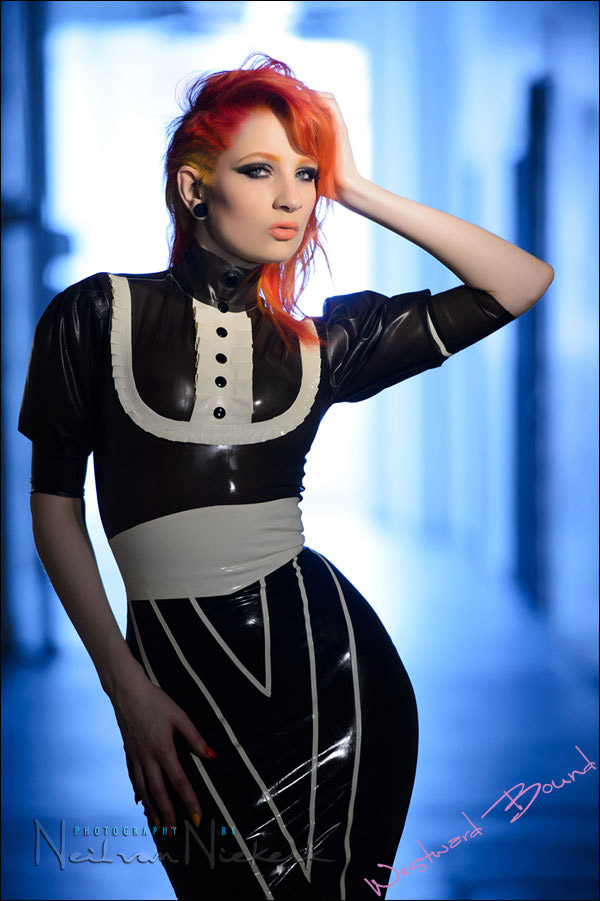 Teaser images of the other two setups we shot with Ulorin Vex, using the Litepanels Sola 4 LED Fresnel lights. More details to come in follow-up articles. 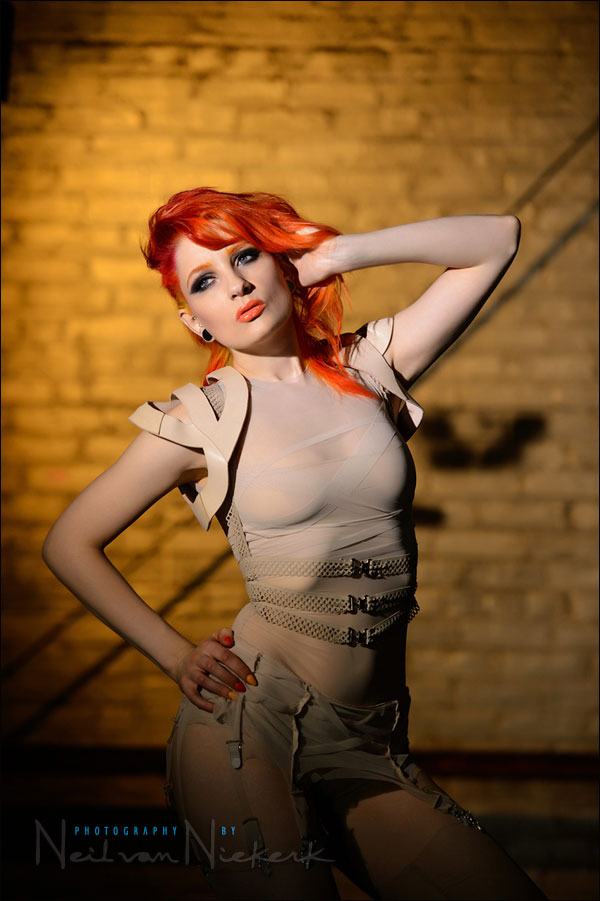 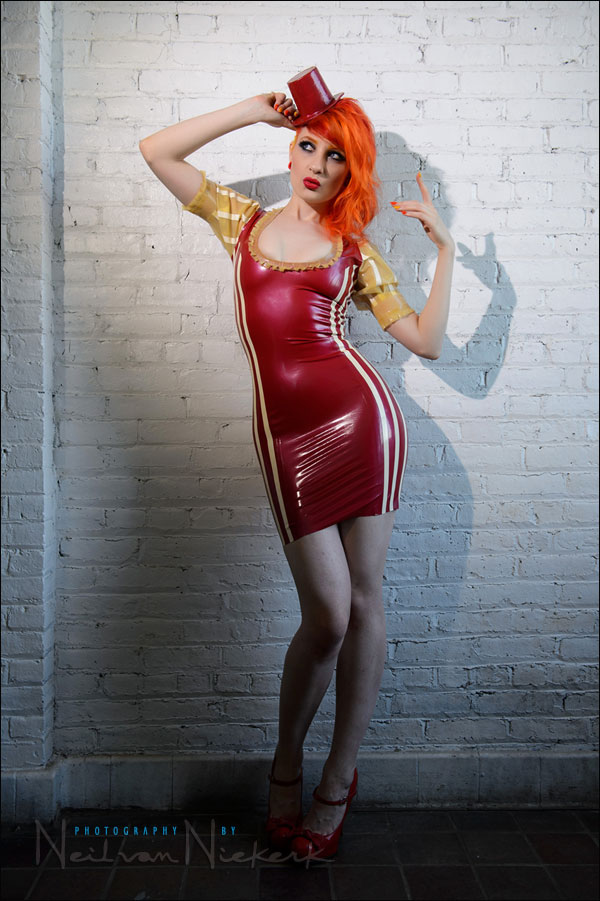 These units  are very easy to use – as video lights tend to be. The two control knobs on the back are obvious – dimmer & focus. The way to tilt the light is obvious. The barndoors are easy to clip on once you figured out they have to slide in from the top.

One quibble, when the lights are focused, there is a dull spot in the middle when the light is spread towards the very wide end. Ideally, the light could be more evenly spread then. So we tended to work with the lights focused within a certain range. The beauty of continuous lights though is that you can see the effect. The adjust-to-taste aspect of continuous lights mean that you will generally see exactly what you’re going to record with your camera.

The other disadvantage to the lights is the need for external power. If you work outside of the studio or some convenient indoor place, you’re going to have to run extension cables or bring along an external power pack that can give AC. It takes 14-28V DC (via 4-pin XLR) so you do have options. It need not be the hefty Profoto battery pack! It’s just what I have on hand.

Oh, they are spendy! You’re going to have to figure out ways to make these lights be a benefit for your photography work and business.

If you need a more powerful light with a larger front surface, there is the Litepanels Sola 6 LED Fresnel Daylight Kit (affiliate)

That said, I really do like these lights. They are powerful enough that you can move the lights back and not interfere with the composition. With the smaller LED video lights, you have to bring the light fairly close to your subject, and this can be a limit to how your frame your photos … or alternately, your camera settings. (If you move the light further away, the decrease in light will affect your camera settings.) So having a more powerful set of LED lights make a difference.

Summary – I love these lights!

There are various options to power the Sola 4 (and Sola 6) units, that would keep these lights individually mobile. One example would be Anton Bauer Dionic HC battery, which can be attached to the light-stand with the Anton QRC Gold Mount. This would then directly feed to the XLR mount. But, as I said, there are options.