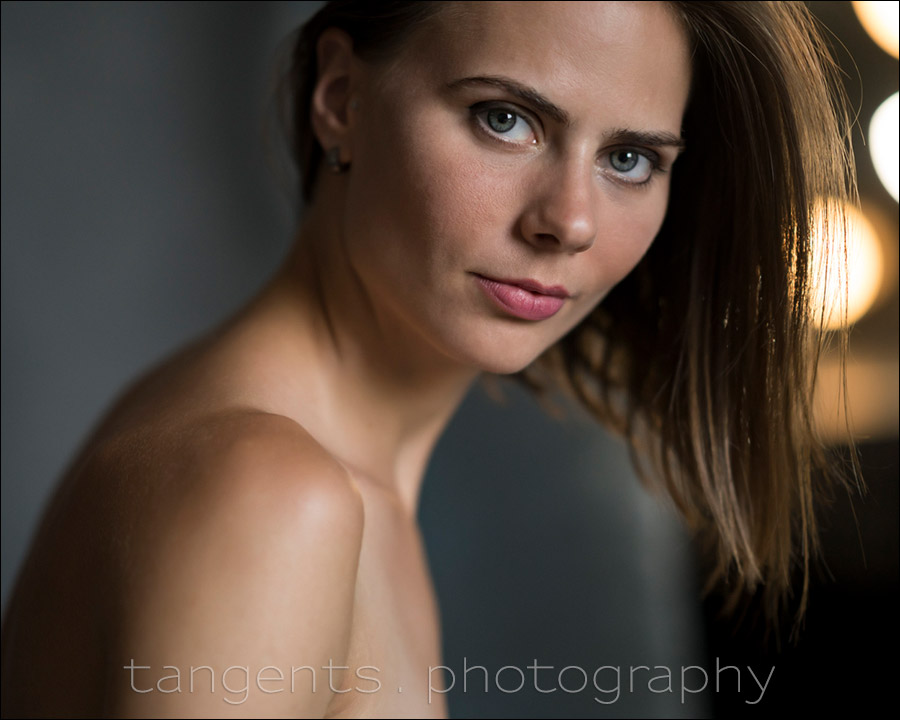 Direction of light – Using available light in the studio

This striking portrait of Rozalinda was lit by big window light in the studio. In using light – whether studio lighting or available light – you need to consider the direction of the light. You need to figure out how you want to place yourself and your subject in relation to where the light is coming from. Your own position in relation to the light and your subject, will significantly change the way the light appears on your subject. Check this article for an example: Change your position, change the direction of light.

With this photo, I was working at approximately a 45 degree angle to the light coming in. Further down there are comparative photos and a pullback photo to show the progression from the original image.

This time I used a Sony A7 iii camera  (affiliate), and the Sony FE 85mm f/1.4 GM  (affiliate). The background here is a canvas backdrop by Oliphant Studio, and the lights behind Rozalinda are from the make-up table in the studio. Oh, and here is Rozalinda’s Instagram account.

The starting point with the photo session was with the canvas parallel to the window, and me standing directly in front of it. Simple enough.

The light here is soft, because it is a massively large light source — but because I am shooting on the same axis as the light is falling, it looks flat.

Not bad in itself, but the light just isn’t that interesting. We can make this portrait more dynamic by changing the light. 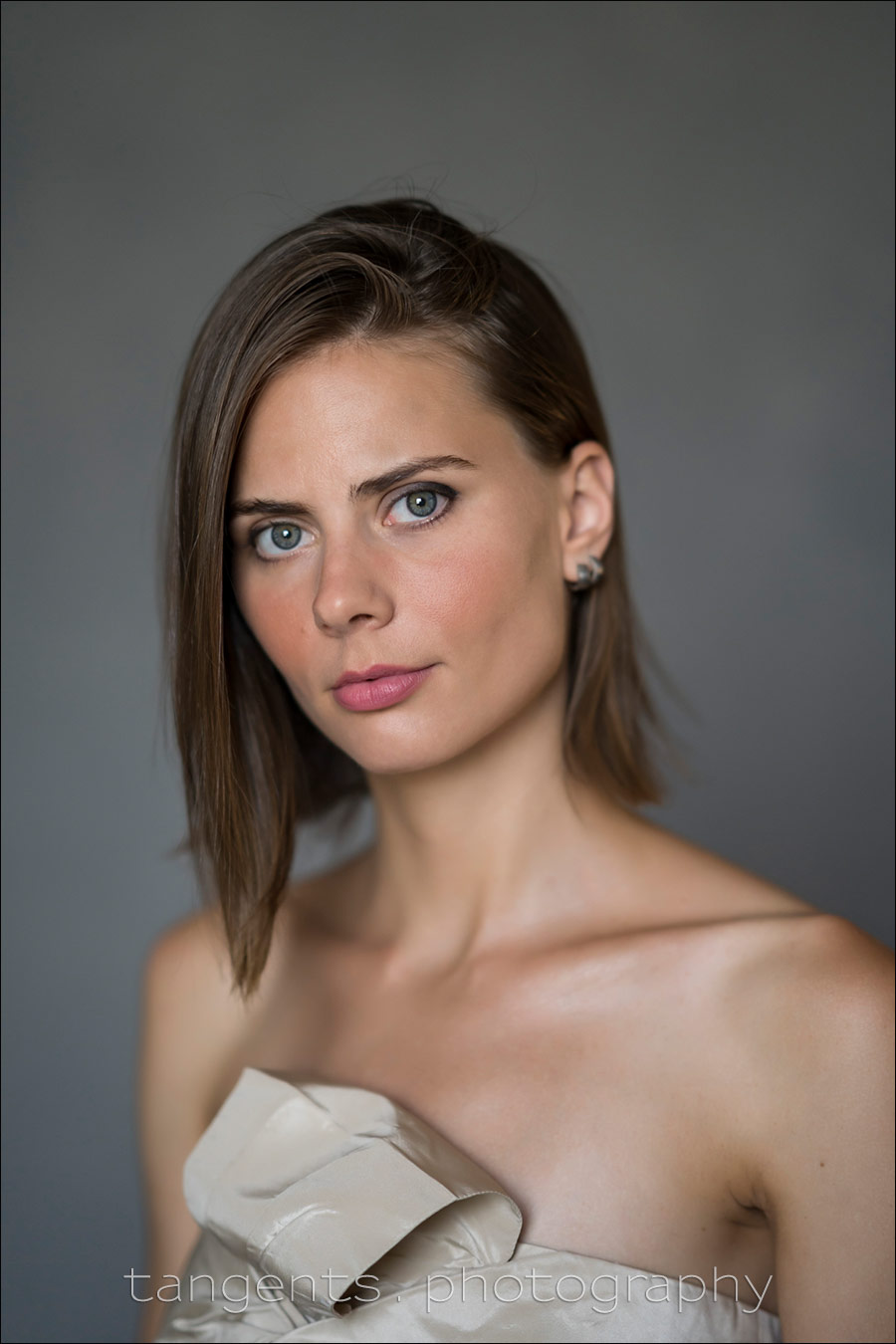 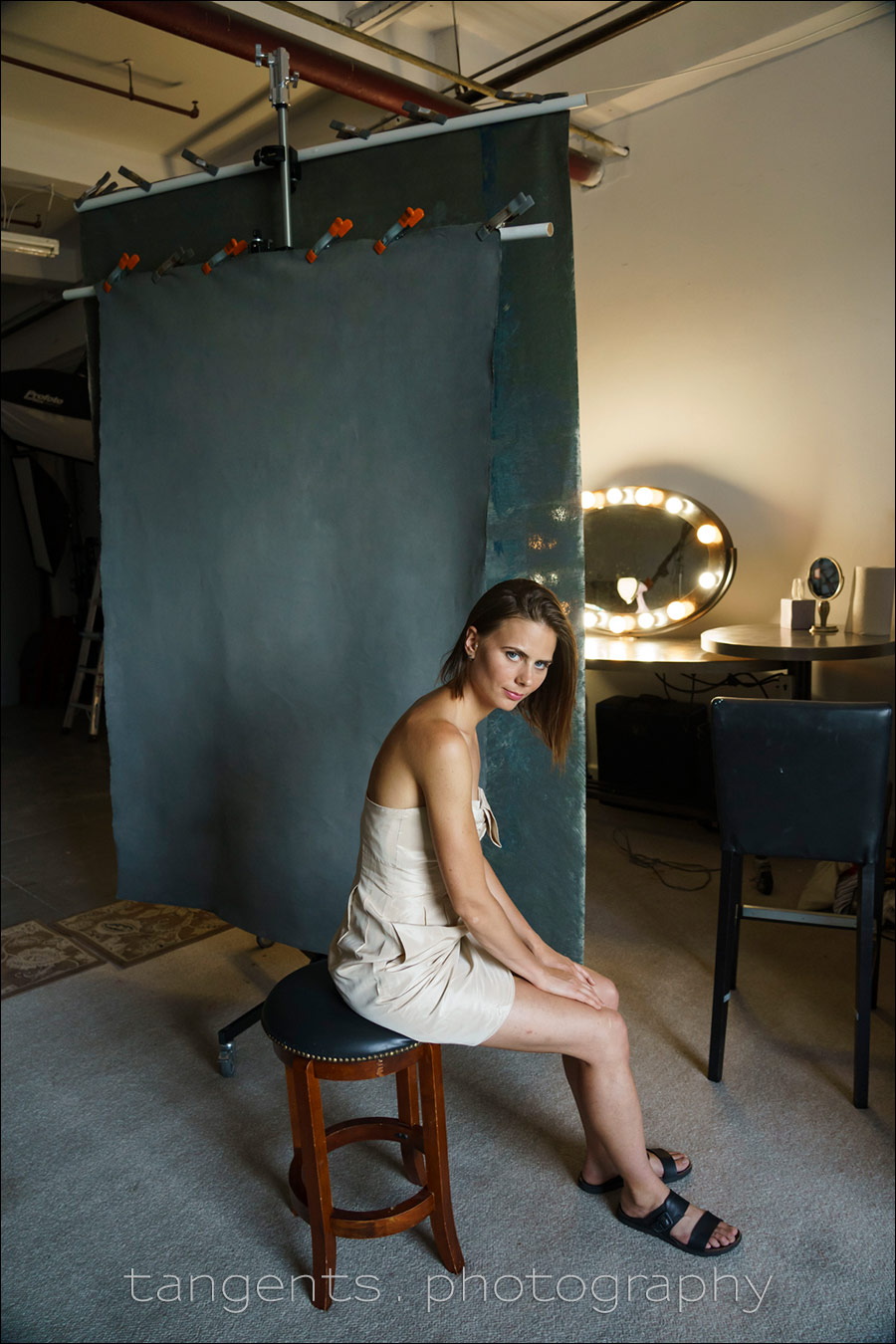 This pull-back shot will explain how we got the more dynamic lighting pattern seen in the photo at the top.

Turning the canvas at a 45 degree angle to the window, and now moving my own position, I could get a gentle, more distinct shadow on part of her face. It is that interplay between light and shade that makes light interesting.

One thing that I love about wide aperture lenses, is how the background melts. Especially with an 85mm lens – The best lens to change your portrait photography.

All the clutter disappears with the tight framing and the f/1.4 aperture. I do feel though that the sandals complete the scene here. 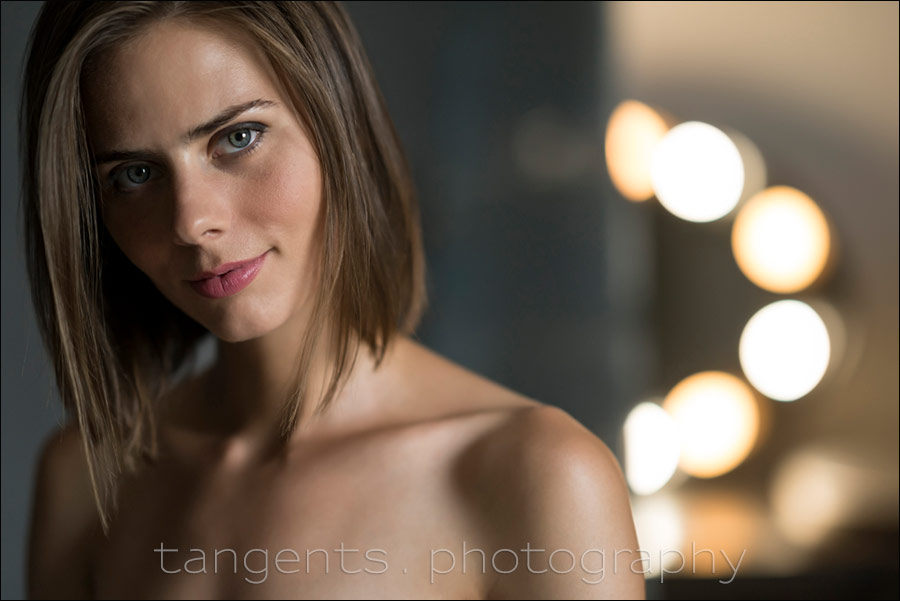 In the main photo at the top, you will recognize the lighting pattern as Short Lighting. I didn’t strictly keep to that, and found that broad lighting also worked well, depending on the mood and composition. When posing someone at an angle to the camera, I always check to make sure that the bridge of the nose isn’t partly blocking the corner of the eye. Here you can see the difference when you swipe between the image I like, and another image I took before, where I posed Rozalinda at too much of an angle. To me, it just looks better when you can see the entire eye like that.

Camera settings for the photo above