How to set up wireless flash with the pop-up flash

In starting to use off-camera flash, there are some minimum pieces of gear we need. Such as this gear list – starting out with off-camera flash. We don’t necessarily need to buy radio triggers immediately. Many new cameras with a pop-up flash, has the ability to have the pop-up flash be a master to optically trigger a slave flash. This is especially helpful if you are on a budget. Later on, when the limitations of optical slaves start to hamper us, can we look at buying radio triggers.

Radio controlled wireless triggering of a flash allows the photographer to not be concerned with line-of-sight between the camera and the remote flash. So that is the ideal. However, using the camera’s pop-up flash as an optical trigger is a useful intermediate step for us. And it also works in a pinch, even if you have radio triggers.

The camera can be set up so that the pop-up flash acts as the master controller, and through a series of light pulses that we can’t distinguish with the human eye, control a slave flash. Normally we would set the pop-up flash to not add to the overall exposure, but just trigger the slave. The slave flash then is the one illuminating our subject, whether as direct flash, or used with an umbrella or softbox.

These three tutorials for various cameras show how we do it in the menu of the camera, and in this example, the Canon 580EX II flash. If you have a different camera and flash – and you most likely do – these tutorials can still help, since the setup remains quite similar for most cameras. 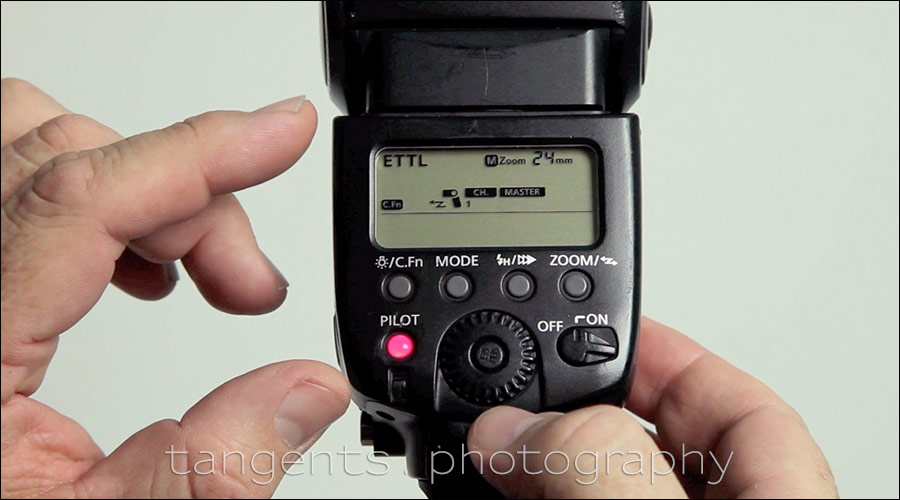 This video tutorial is one in a series that originally appeared on the Clickin’ Moms website in 2012, but licensing has now reverted back to me, and here we are – a tutorial that might be dated in terms of some of the gear used, but the principles remain the same. In conjunction with all the other articles about off-camera flash photography, these videos should make a good primer on the topic of off-camera flash. 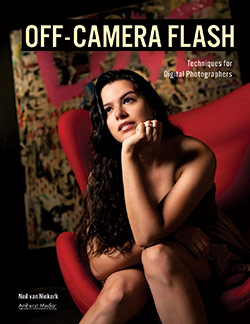 With this book, I wanted the material in the book to flow as a truly accessible introduction to off-camera flash. The techniques here are within the reach of everyone.

As always, the aim was for those aha! moments when things become clear and just makes sense. And then, hopefully, inspire the readers of the book to see how easily off-camera flash lighting can expand our photographic repertoire.

You can either purchase a copy via Amazon USA or Amazon UK. The book is available on the Apple iBook Store, and Amazon Kindle.