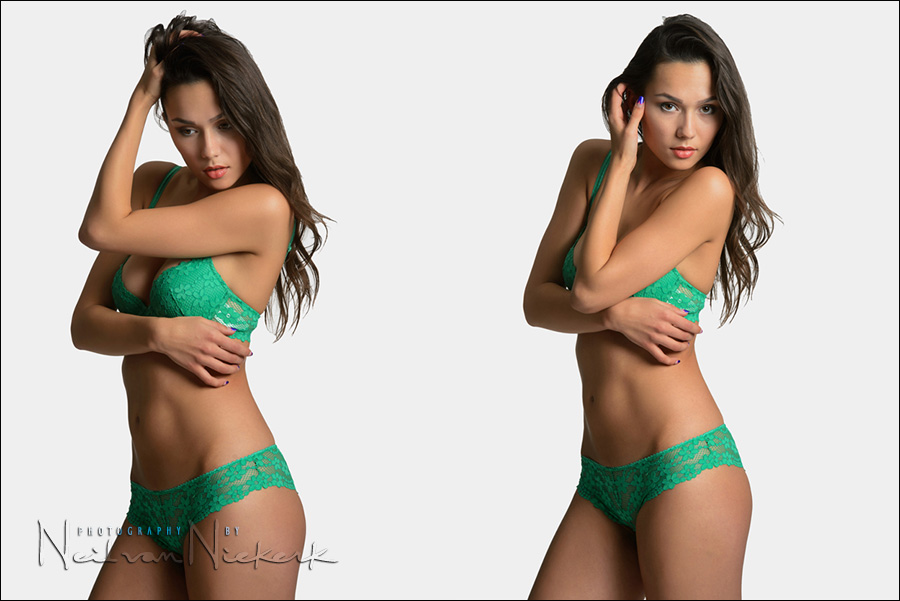 Lingerie photo session in the studio

During this same photo session with Olena – the first in my new photography studio space – we also worked with just the studio flashes. Actually, this part of the photo session was first. An easy setup just to get things rolling.

We used two lights here – the main light was a Profoto D1 head in the massive Westcott 7′ Parabolic Umbrella  (B&H / Amazon). It’s an easy light modifier to use, since it gives a wrap-around light that is very forgiving. Forgiving to how the photographer places the light, and also forgiving to the subject – not that Olena really needed that!

The background light was another Profoto D1 head with a Profoto 7″ reflector (affiliate) and a Profoto Honeycomb Grid – 10 Degrees (affiliate). 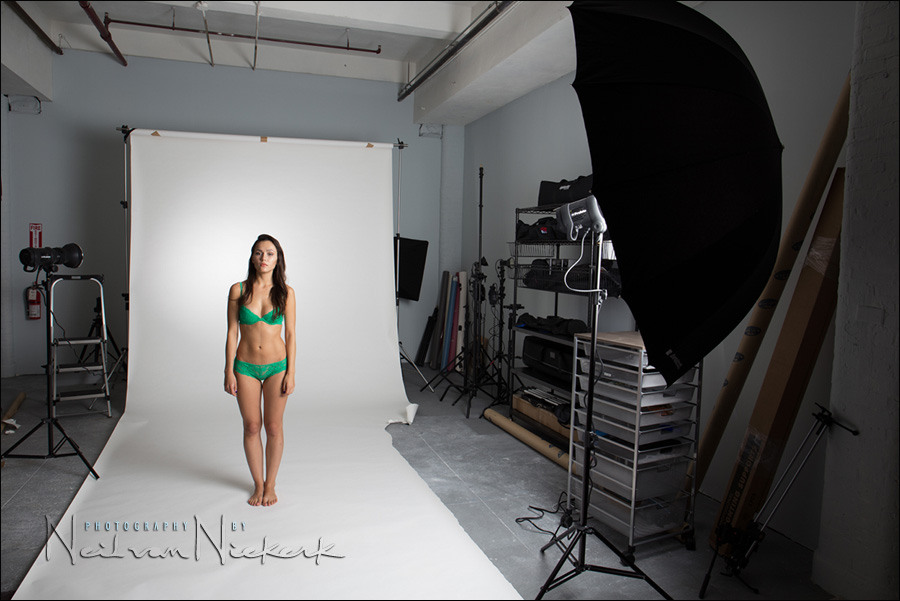 The pull-back shot to show how the Westcott 7′ Parabolic Umbrella (affiliate) was positioned.

Details for the main image at the top:

And then, to mix it up a bit, I shot directly into the huge Westcott 7′ Parabolic Umbrella (affiliate), to get a silhouette image of Olena. The image was enhanced with a Photoshop filter to give a summery warm feeling as if she might be on the beach somewhere. 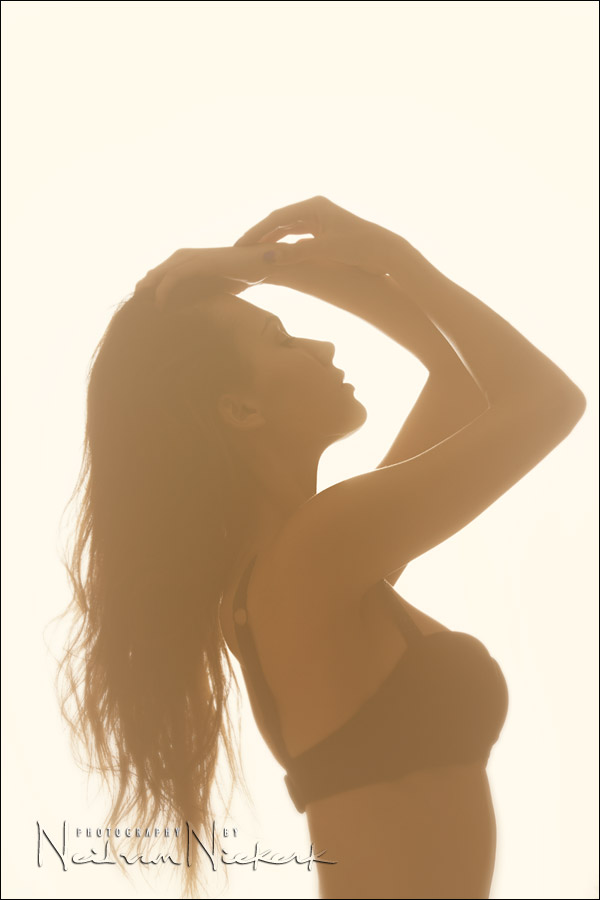 The pull-back shot shows how it actually looked, and shows how Olena was framed against the umbrella. 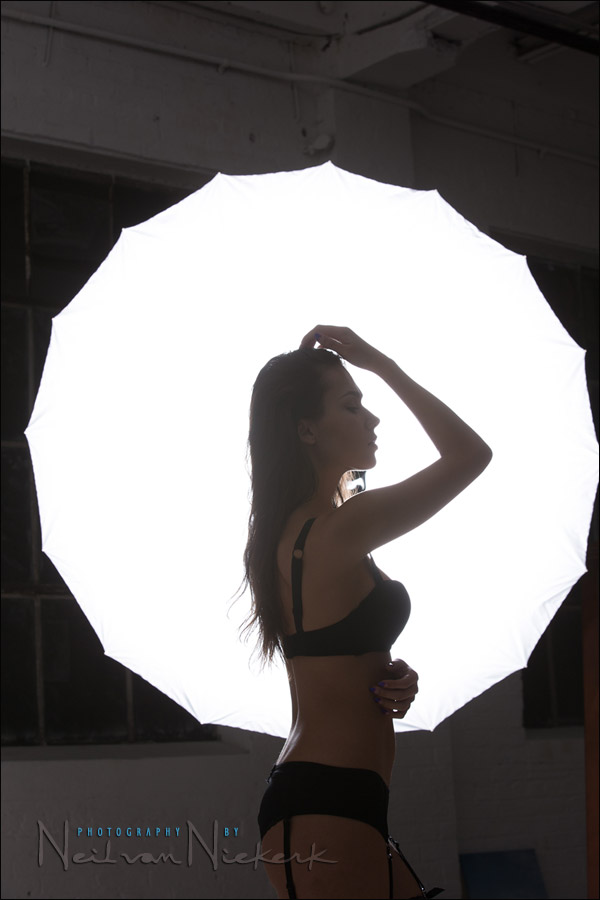