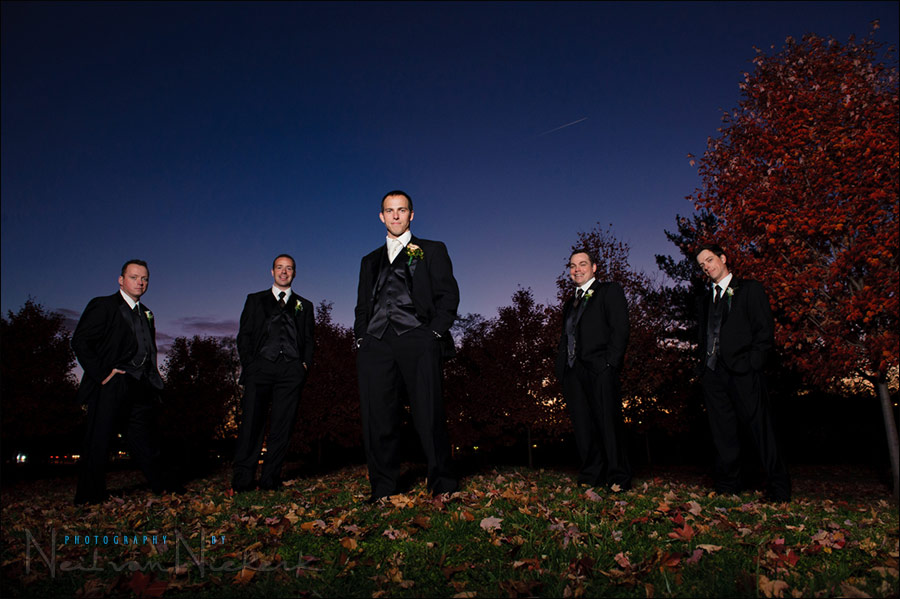 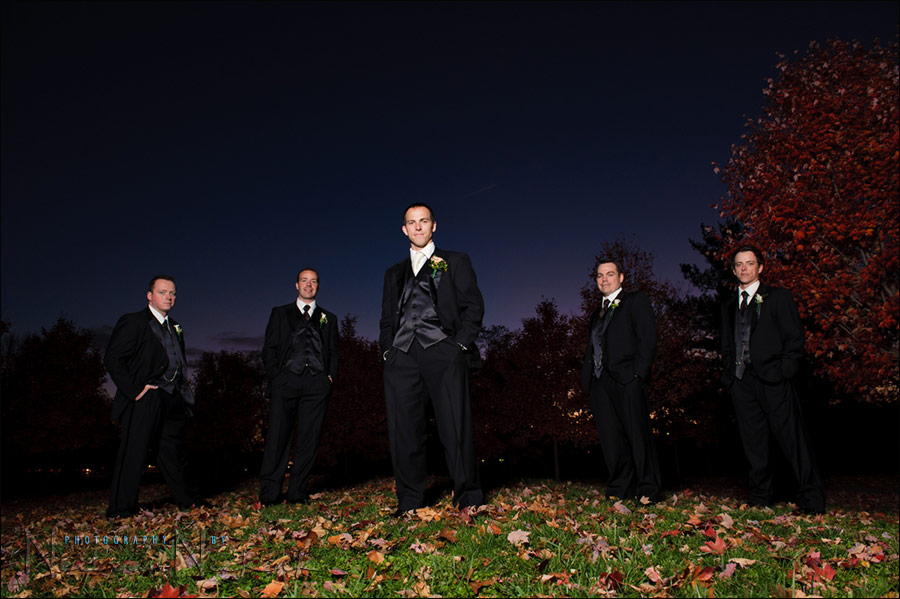 Comparing those two images, you should notice two things immediately:

– the sky is brighter in the top image.

Both images were lit by a single off-camera softbox, using a speedlight. My on-camera speedlight was set to Master, but with its output disabled. Therefore only the Slave flash (in the softbox) was lighting the group.  I liked the exposure on them after dialing down the flash exposure compensation to -2EV.  The initial test images were blown out because of the predominantly darker tones in the image, so I had to pull down the TTL flash exposure.  Since TTL flash is an automatic metering mode, the camera will try to expose for the overall scene as a mid-tone. And I had to over-ride that with my FEC.

Now, about the two comments at the top …

1. The sky is brighter in the top image because I dropped the shutter speed from 1/50 (as in the bottom image) to 1/25 for the image at the top.  I wanted more of the early evening sky to register.  This is a classic example of dragging the shutter to allow more ambient light in. You won’t see camera shake because with the camera settings chosen, the guys would’ve been completely under-exposed.  Black. Nothing.  So you simply won’t notice camera shake.  I could’ve pulled my shutter speed down even more if I wanted to.  (My aperture was f5.6 and ISO was 800 for both those images).

2.  The way the light falls off in the top image is on purpose. The image at the bottom came first.  I felt the ground was over-lit.  Too bright, and taking attention away from the guys. I therefore gave my assistant, the instruction to ‘feather the softbox upwards’.

I purposely wanted less light on the foreground. By angling the softbox upwards so that the central area is pointing up instead of directly at the guys, I had less light spill on the ground.  I still get enough light on the groomsmen, since the TTL flash exposure would give me the correct exposure still (for the FEC that I set).