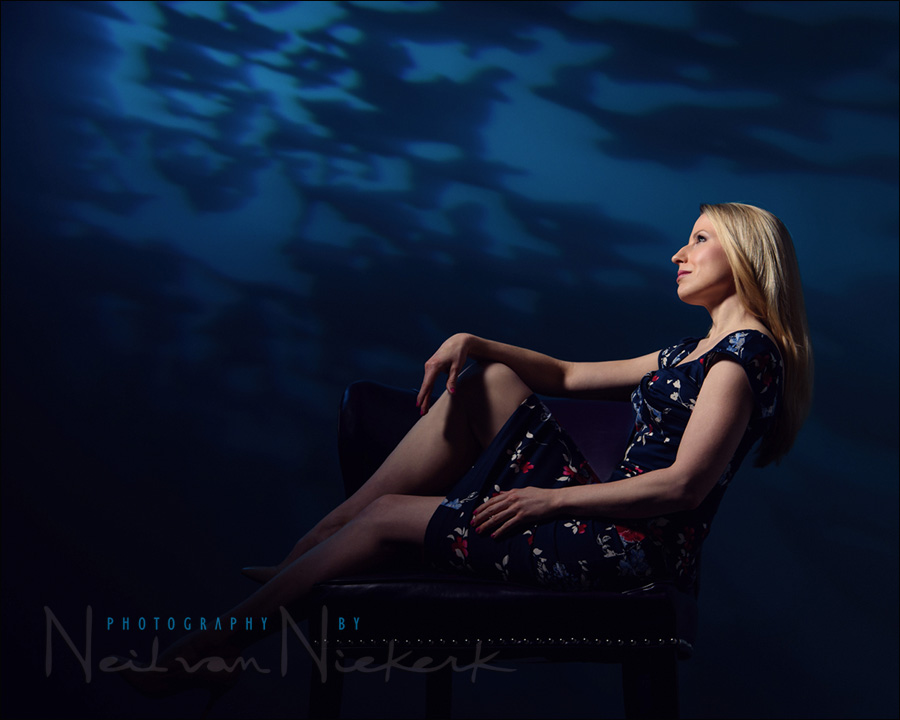 The photo that I posted of my friend Christy, lit by the lights lights surrounding the mirrored dressing table, was a co-incidental part of the photo shoot in the studio. It was a spontaneous thing. But when we got together for this photo session, I had other ideas that I actually wanted to try – something more dramatic, and using a new image projection kit that uses a gobo and a fresnel lens to focus the effect.

With a previous photo session with Jessica Joy, we had used the Light-Blaster to give an unexpected pattern to the background, and used LED fresnel lights to give dramatic lighting on her.  With this shoot with Christy, I wanted to do something similar, but using entirely different lighting gear – this time based around using speedlights only.

With a gridded stripbox as the main light, we could carefully control the lighting on Christy, and maintain the darker, more mysterious mood. The projection effect on the background was intended to add an unexpected, slightly surreal element to the final photograph. 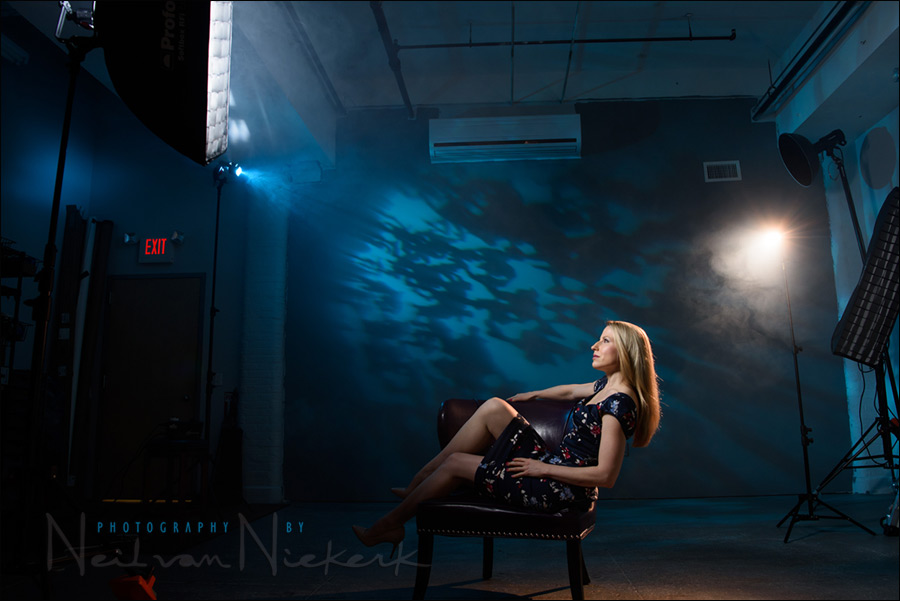 The main light is a Profoto 1’x4’ gridded strip-box with a Profoto 50 degree soft-grid (affiliate links). I mounted it on the Profoto RFi Dual Speedring (affiliate), so that I could use a speed light in it. The gridded strip box allowed me to carefully control the light fall-off on Christy, with just the slightest amount of light on her legs.

The hair-light is a gridded and gelled speed light, using the MagMod2 basic kit  (B&H / Amazon). I changed the power lower for the final sequence of photos.

To enhance the mood, we alsoused a Fog Machine (B&H / Amazon) to soften the background and the light.

The projected pattern on the background was done with a gobo in the Lastolite Strobo Gobo kit  (B&H / Amazon). I added a blue gel to it. Pointing the flash from high-up, spread the pattern across the wall like that. Ideally, I would’ve preferred the pattern to be more diffuse, but you can’t de-focus this like you can with the Light-Blaster.

I’m always keen on ways to add different effects in-camera, versus just relying on post-processing effects. I’ve been using the Light-Blaster – several examples can be seen here – and like it, but thought I’d get another option. The Lastolite Strobo Gobo kit  (B&H / Amazon) looked interesting, but has fewer gobos that can be bought. Also, you need to buy an additional accessory to mount your flash to it, or to mount it to the Lastolite lollipop that comes with the Lastolite 24×24 softbox. So this is one more option, but if you want to explore this type of effect, I would suggest giving the Light Blaster (B&H  / Amazon), a first look.

Camera settings and photo gear (or equivalents) used during this shoot. 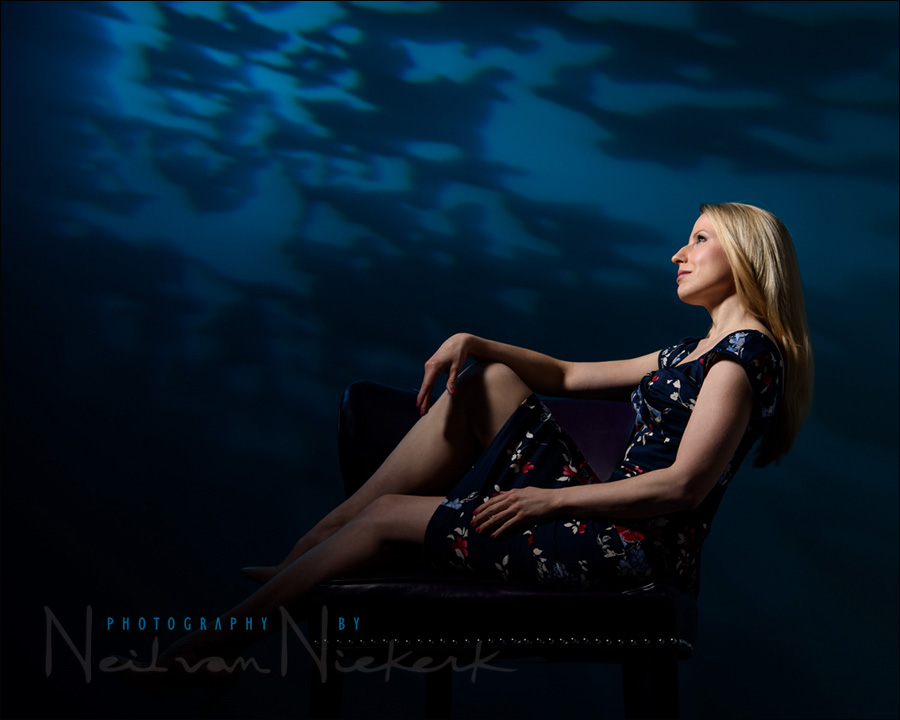 I wanted to deepen the blue tones in this image, so I used various of the cross-processing options that Alien Skin Exposure X offers. Enhancing the blue tones, did mean losing some of the warmth though. I’m still undecided about which version I prefer.

As always, I tend to favor a more subtle approach to my post-processing effects, so I usually place the effects in layers, and reduce the opacity to taste. 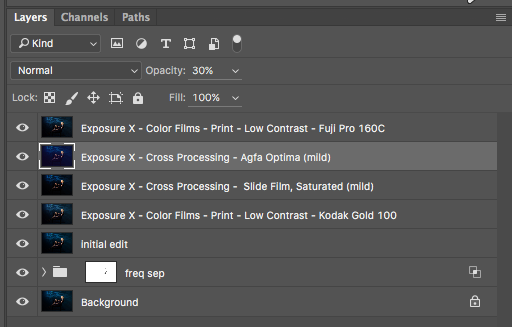