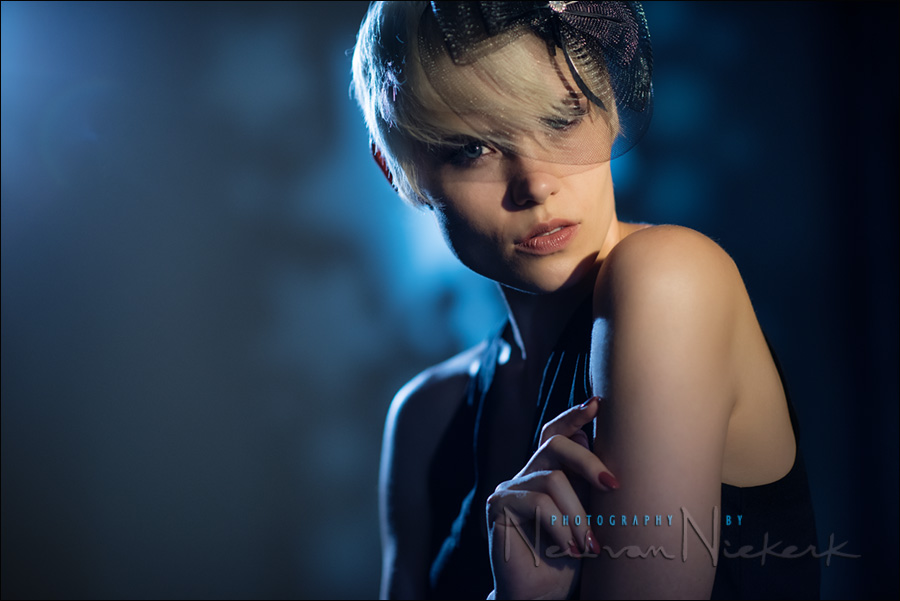 For this dramatic Hollywoord Glamor inspired portrait sequence of Jessica, I used two Litepanels Sola 4 LED Fresnel Lights  (B&H / Amazon). But there’s more that happening here with the lighting than just the main light and the rim light. There is the splash of color in the background, augmenting the blue rim-light coming from behind.

Jessica’s reaction to the first test shot was amusing – a surprised,”where did that come from?”, when she saw the image on the back of my camera. The blue tones and the pattern in the background were an unexpected dramatic effect. It didn’t look like that until I fired the shutter.

While Jessica was finishing up her with her make-up and hair, I had set up the lights. The two Litepanels Sola 4 LED Fresnel Lights (affiliate), and a Light Blaster (affiliate) with a star pattern gobo on the background. When I positioned her in the middle of the studio floor, the two fresnel lights were shining … and that’s all that it looked like at the time. But then the magic happened.

The lighting for these photographs need to be considered as two layers – the continuous light (via the LED fresnel light), and the the flash via the Light Blaster on the background. And that’s how we’ll break it down: 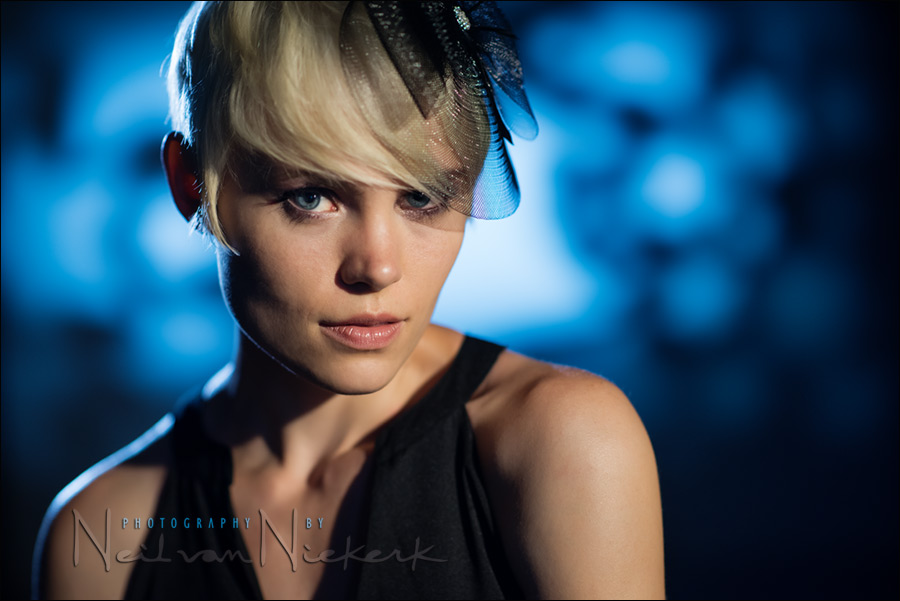 Continuous lighting is easier to work with than flash – the WYSWIG aspect of these video lights (and other continuous light sources), is that you can make careful adjustments to the lights’  position, and to the pose. With such a small light source, it really does need careful positioning of the lights, and careful posing. You can closely observe exactly how the light falls across your model’s features. Even as much as I like the top-most photograph, it can be said that I should’ve angled her shoulder better so that there isn’t a shadow cast across Jessica’s chin. I tried, but then the pose fell apart slightly – so that is the image that I liked the most, even with that small flaw.

These LED fresnel lights have made other appearances on the Tangents blog, for a similar reason – they are awesome!

The reason for the blue color in the background and the rim-light – I gelled the main LED light with an Incandescent balanced gel. With my camera set to an appropriate white balance, the Daylight balanced light in the background (and the flash), turned to blue. We did it with that photo shoot with Ulorin Vex, and also flash photography workshop with Anelisa: gelling your flash for effect – blue background 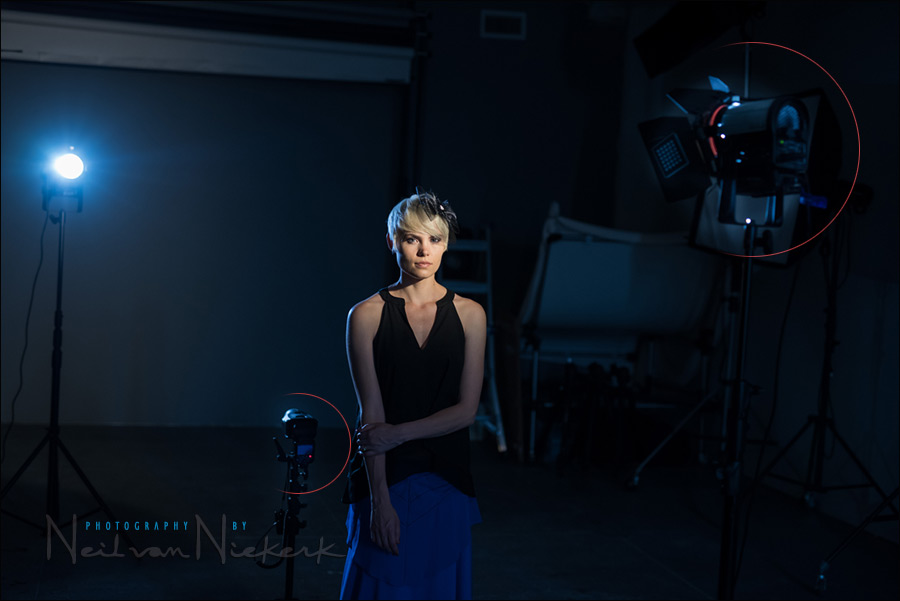 Showing the position of the lights, and the result without the Light Blaster (affiliate), lighting up the background … and again with the Light Blaster switched on. And this will explain Jessica’s surprise when I showed her the photo. The pattern wasn’t there when I positioned her! It appears as a momentary blitz of light – obviously so, since this is flash. 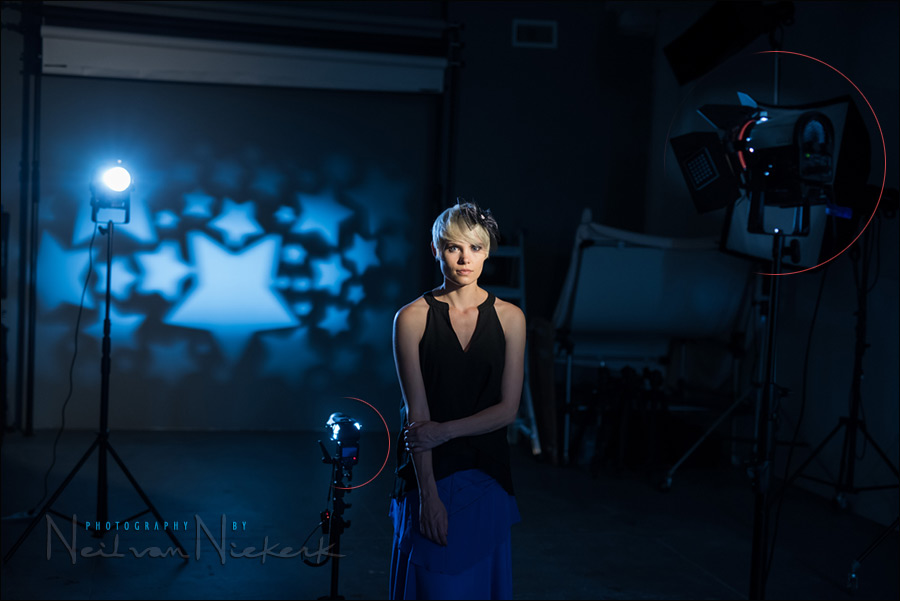 The pull-back shot above shows the lighting setup. The two LED fresnel lights, and where the Lightblaster was positioned behind her. I prefer the metal gobos with the Light Blaster, instead of the filter effects. Here I defocused the pattern by defocusing the lens that I use on the Light Blaster.

I’ve used the Light Blaster before, but here it was more for a splash of color and pattern in the background, rather than specifically for the singular effect. I like this.

Again, it is clear that a successful portrait doesn’t just hinge on good lighting or a cool effect – but it comes together on that intersect between lighting, posing and how you interact with your subject. All these elements have to come into play.