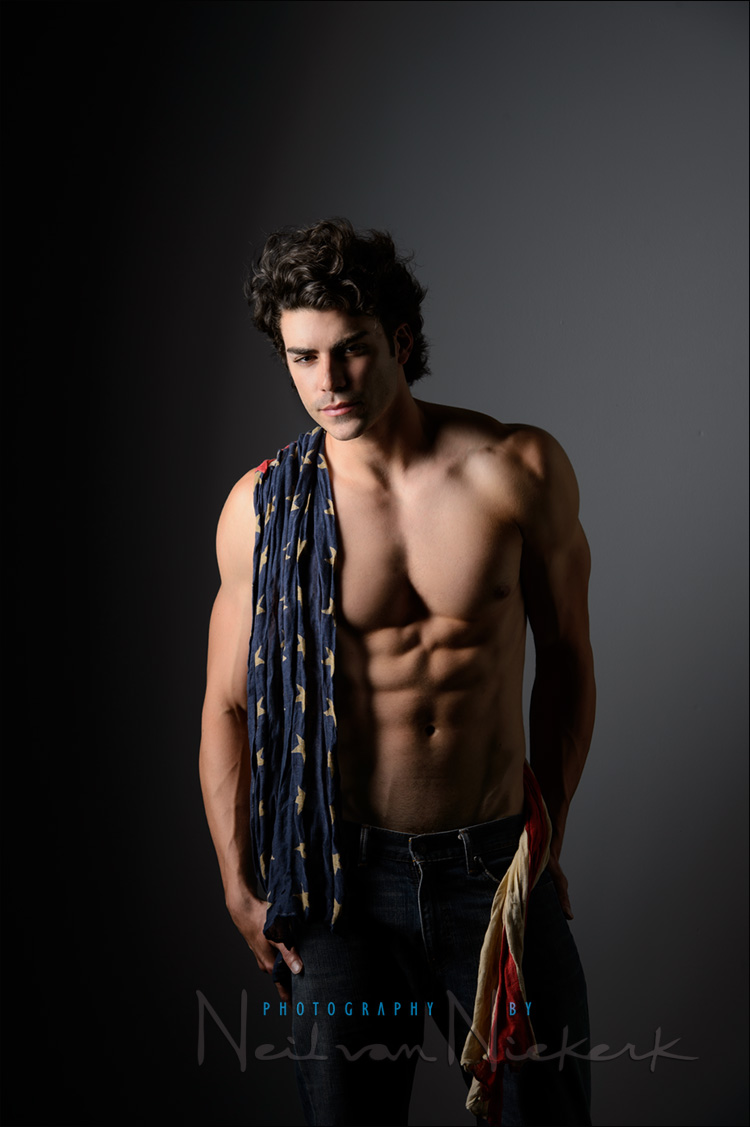 Chiaroscuro is defined as the use of strong contrasts between light and dark – bold contrasts affecting a whole composition. Chiaroscuro in an Italian phrase meaning Light and Dark. Chiaro = Light; Scuro = Dark.

In Film Noir, there are many examples of the use of Chiaroscuro, enhancing the mood. Here though, we’re going to look at a straight-forward way of using Chiaroscuro as a lighting technique. This then becomes an easy starting point to experiment further.

By adding planes that have a gradient between light and dark, you can enhance the idea of dimension and depth in your photographs.

The photograph above will explain the essence of it – the planes of light and dark. This dramatic photo of Frankie, was lit by one light – a gridded strip-box. The grid helps contain the spill of light. The counterpoint to “containing the spill of light” is that the grid directs the light.

This single light source, the gridded stripbox, lights both our model and the background. 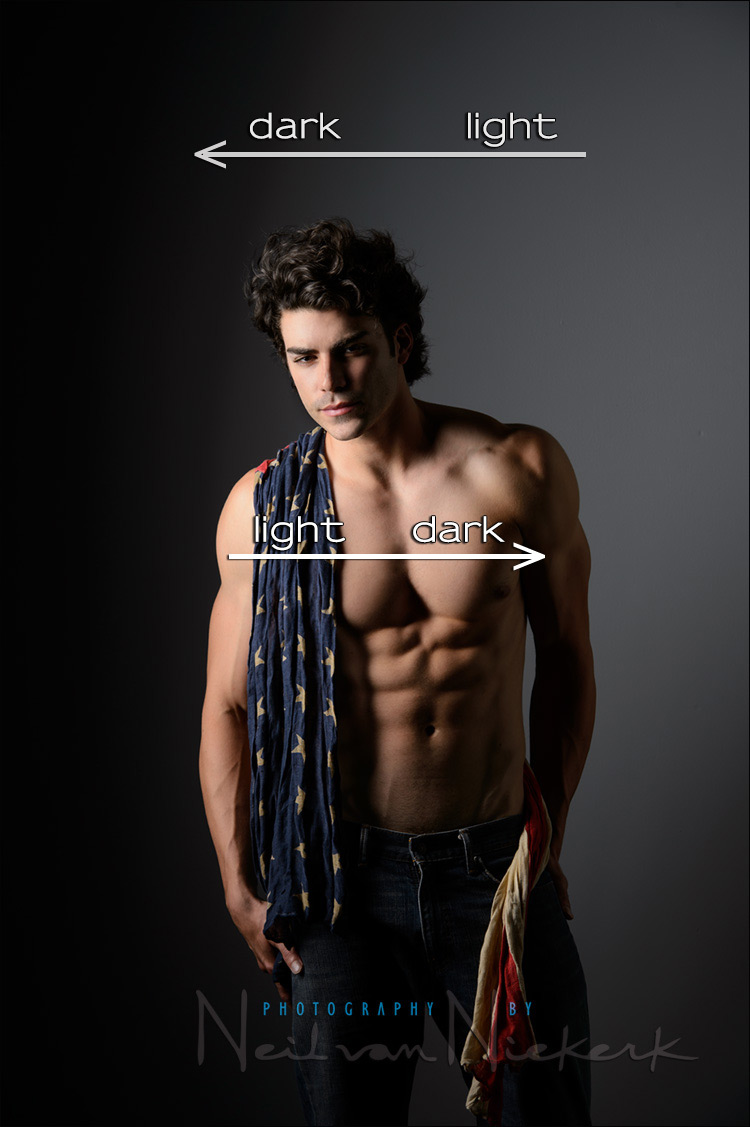 If the background had been uniformly dark – i.e., without the light falling on the background – his left shoulder shoulder would’ve blended in with the dark background. That wouldn’t necessarily be wrong. In fact, that would still fall within the definition of Chiaroscuro. And it would also fall within the realm of what we see in lighting with Film Noir. However, the gradient of light in the background (going in the opposite direction as the gradient of light on him), helps etch him against the simple background. The visual representation of form and dimension is better this way. You see his shape. And the final image is dramatic, without being overly dark.

For me, this is a good starting point for dramatic portraits with a single light. I aim for the light to look good on my subject – and then the light spilling on the background is controlled, to help define our subject. We saw the same effect in the portrait of my friend Brian, using the beauty dish as a single light source. 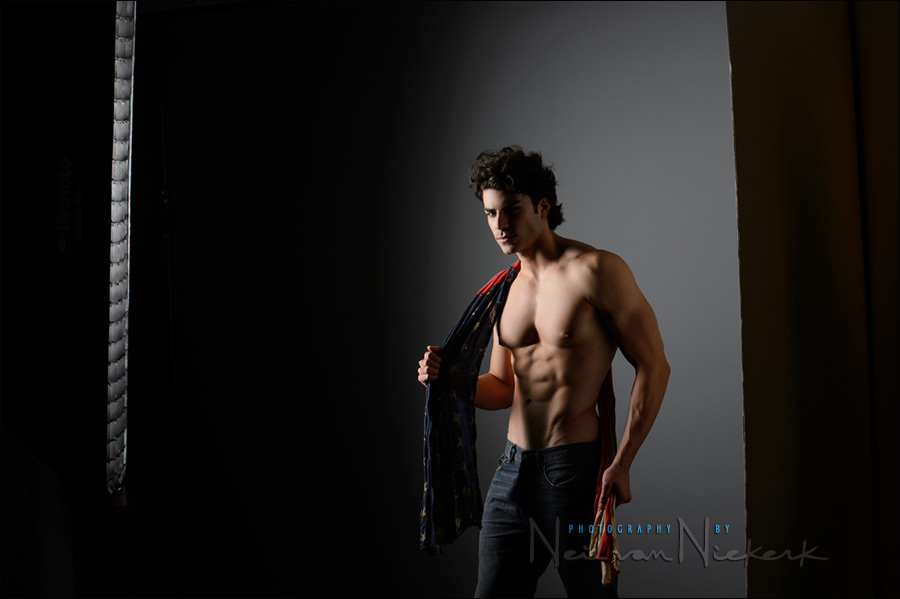 The lighting is simplicity itself. A 1×6 ft gridded stripbox to camera left, with a white V-flat to camera right as a reflector to give some fill-light.

A smaller gridded stripbox would’ve worked as well. Even a 3 ft gridded Octabox. The actual light modifier is less important than the fact that it is gridded. The grid is what controls the way the light falls on our model and the background.