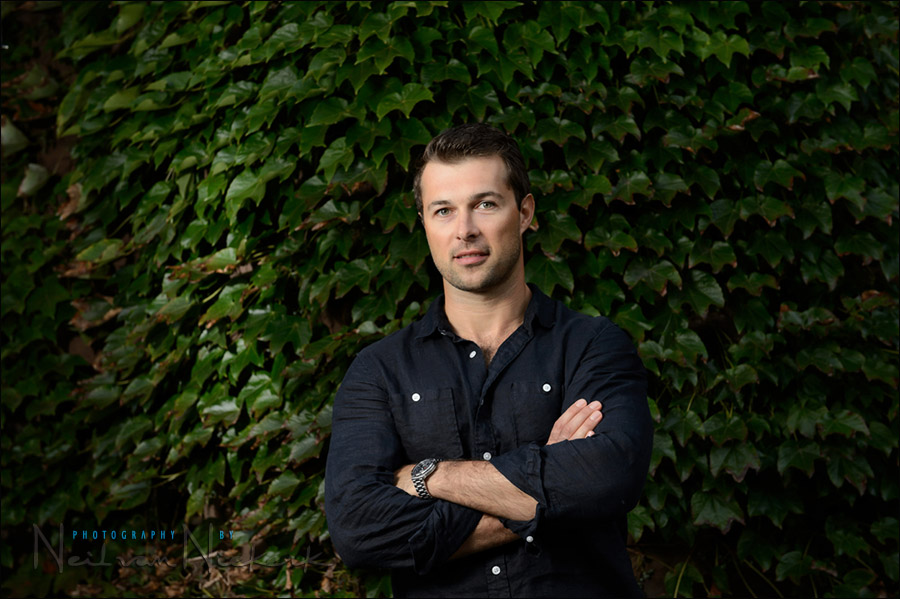 Thoughts on using a beauty dish as a single light source

Quite a few of the softbox options for speedlights offer a way to create a beauty dish-like effect. An example is the Westcott Rapidbox – 26″ Octa Softbox (affiliate), as mentioned in the review: Westcott Rapid Box 26″ Octa Softbox. You can take the front diffuser off and add the Westcott 2030-DP Deflector Plate (affiliate), turning it into a beauty dish of sorts. But the same limitations appear.

Looking at the portrait of David above, you’ll notice a semi-circular band of light to the left. This is because, even though the light from the beauty-dish-ified softbox focuses light on him, there is light that spills from the edge of the speedlight. The detail photo of the Westcott RapidBox will explain it better … 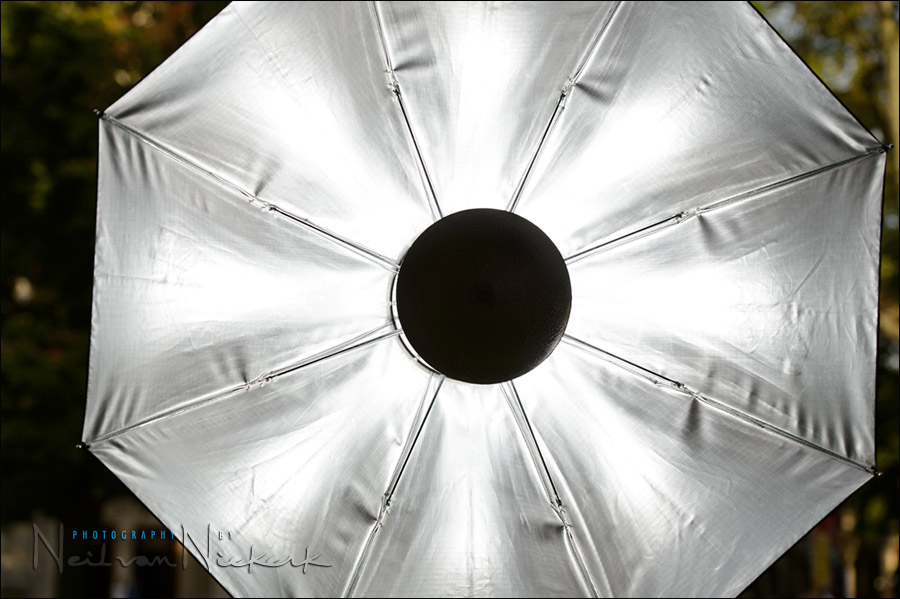 This is how the light is spread with the deflector plate in the middle. The light is now bounced into the octa-box, giving nearly a beauty dish type of light. 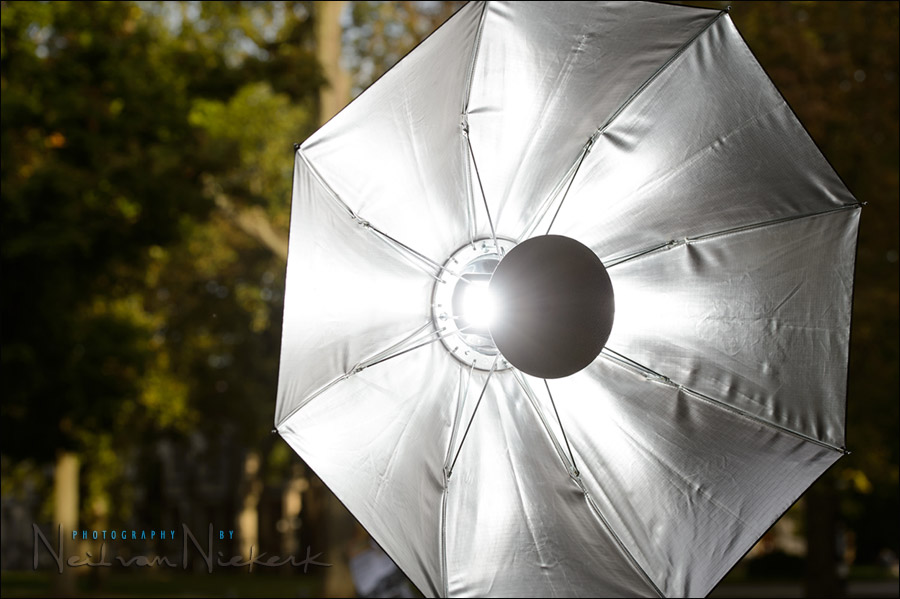 However, when you move to the side, you’ll see there is direct light spilling from the speedlight. This is what caused that semi-circular band of light. Hard direct flash.

This pull-back shot will show the circular spill light better. And there is also a comparison photo of the available light, with the aperture opened up to f/4 instead of the f/5.6 used in the final images with the softbox. 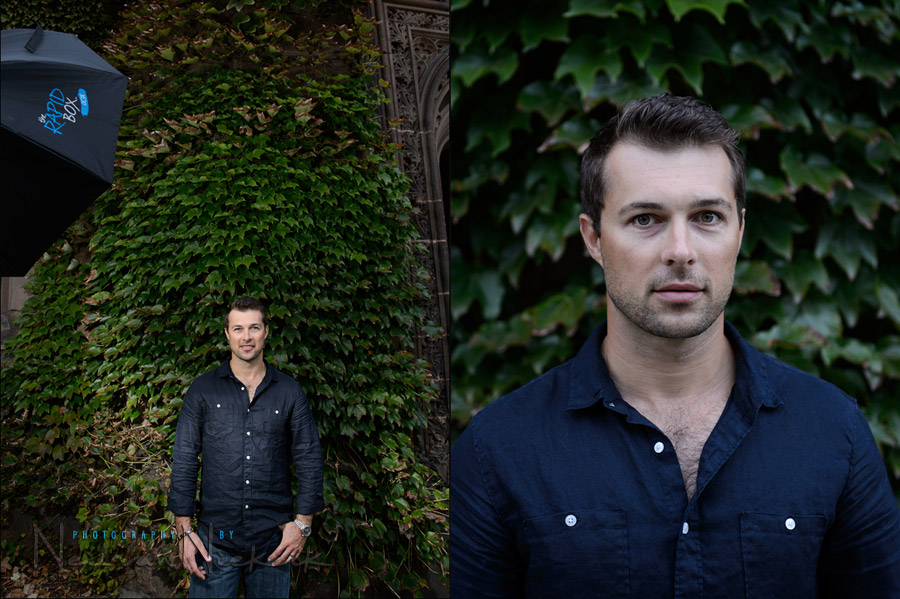 With the final images of David, I was able to use that spill light for effect, by controlling the composition.

While the above example was shot with a speedlight softbox that was adapted, let’s have a look at what a beauty dish does in the studio when used as a single light source.

In this first example, it was just the Profoto beauty dish on Anelisa, with no grid or sock on it. The pull-back shot shows the placement relative to her. The light on her face has the typical light of a beauty dish (for that distance) … but if  you look at her hands, you’ll notice a much harder light. 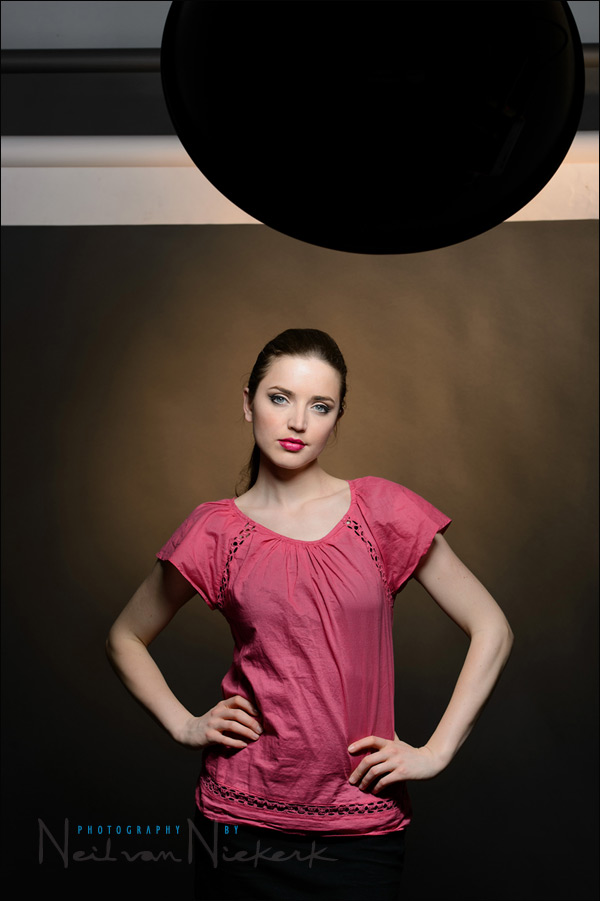 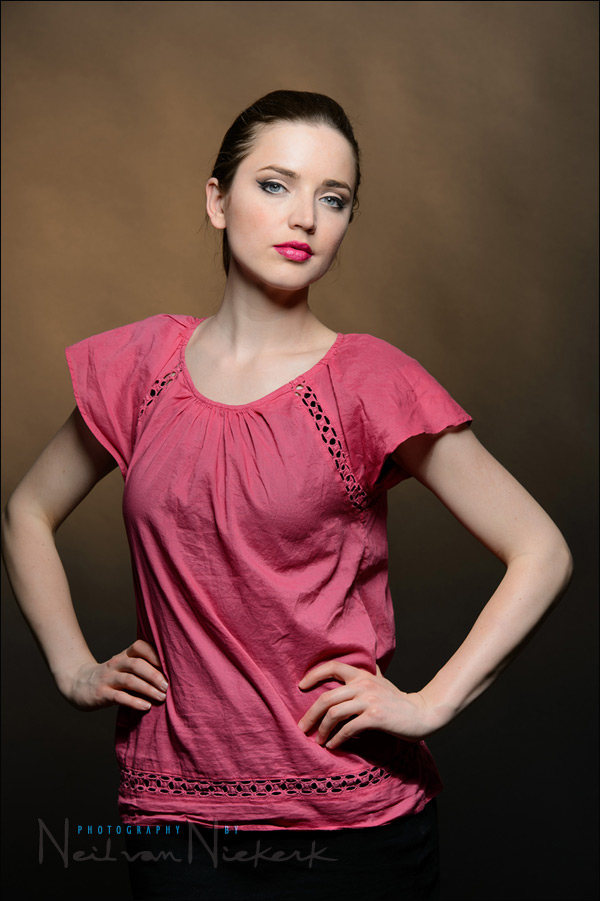 On the closer portrait here, you’ll notice how the light on her face is different than on her hands … which was the direct flash from the flash-head in the beauty dish.

The next example shows the effect of the beauty dish with a sock over it. Now the light is much more even, and there is none of the direct flash spilling from the edge. 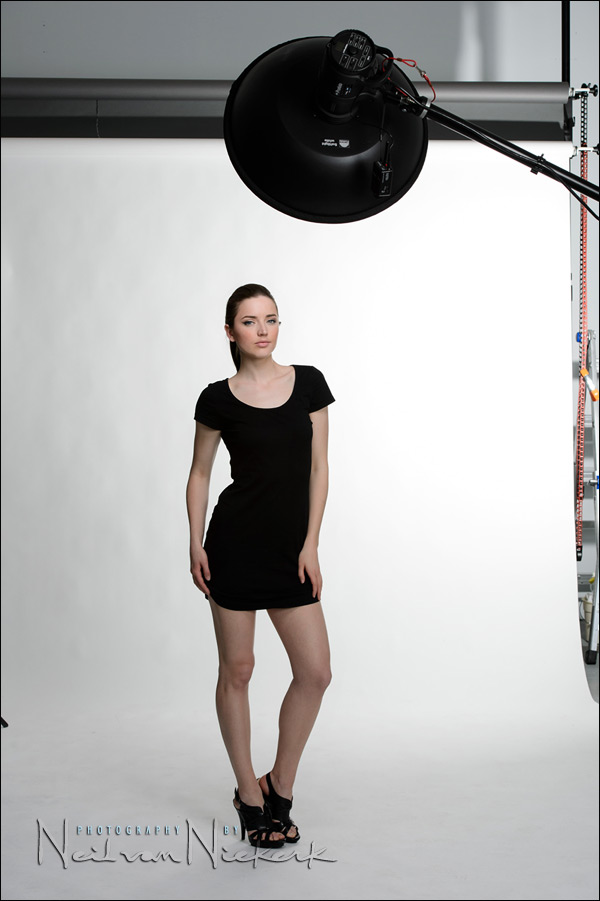 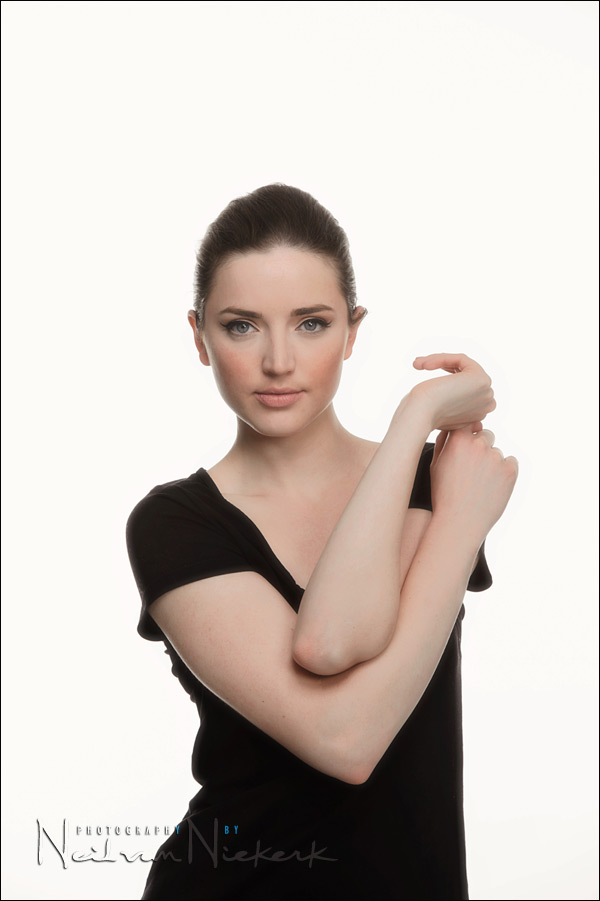 To avoid this effect of the direct flash spilling from the edge, you need to shoot a tight portrait with the Profoto beauty dish (affiliate) … or use a diffuser sock (affiliate) for the beauty dish; or use a grid, such as the honeycomb grid (25 degrees) (affiliate). The grid will contain that light, but still keep the essential look of the beauty dish.

Then of course, a beauty dish makes a lot of sense used in a multiple-light setup in the studio, adding an accent to the light on your subject’s face. And we’ll come back to that in follow-up articles in the future.