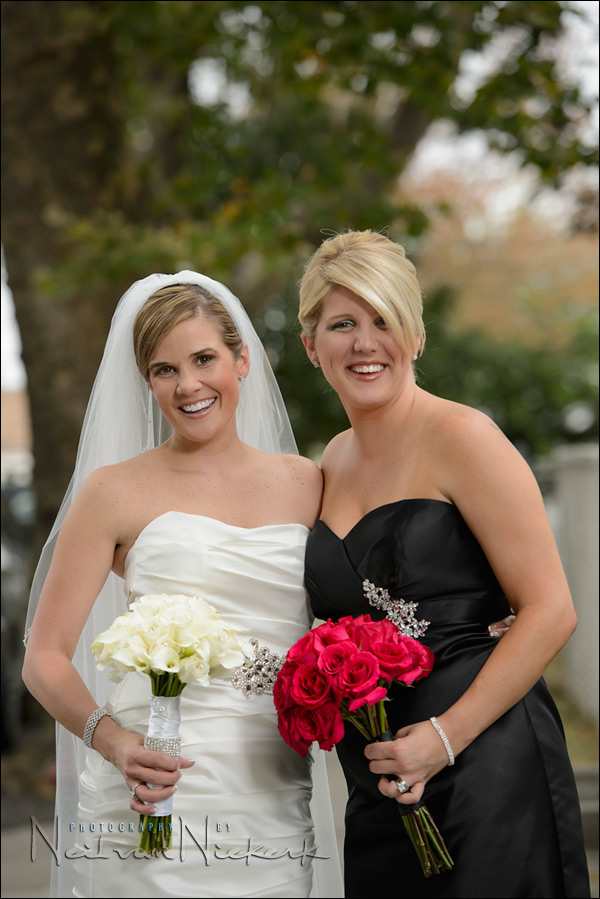 Continuing with the theme of photographing great portraits on a wedding day when there aren’t beautiful surroundings: when I have the time at the bride’s house, I will always try to get individual portraits of the bride with each bridesmaid.

I like doing this early in the day already at the bride’s house, because everyone’s energy levels are still up. Everyone is still excited, and emotions are still high. No one is hungry; with shoes that hurt them. So, with that idea in mind, I like getting as many of these portraits “in my pocket” while I can. We may not have the time again later on in the day when the schedule starts to run tight.

This time I remembered to take a pull-back shot as well, to show where we were: 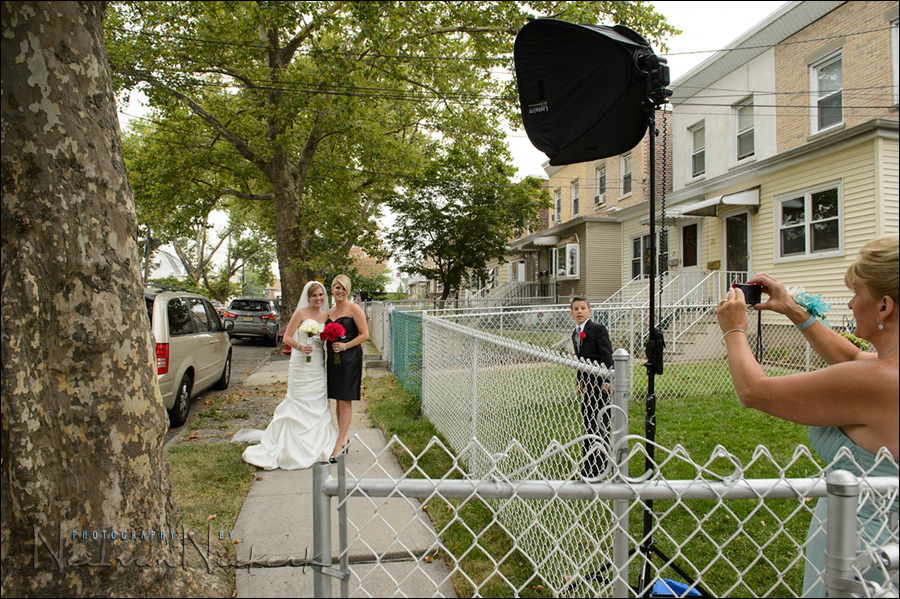 By shooting tightly, the background is not intrusive and is pleasantly out of focus.

The idea here is that you can make this type of portrait nearly anywhere, by finding the correct angle to shoot from. Specifically placing yourself and your subject in relation to the background is the key. Yup, it needs some shuffling to the left and right, and some crouching, to find that shot.

While I try to bring some spontaneity to the portraits, I do direct a bit.

I start off with fairly straightforward photos of the bride with the bridesmaid.

Then I ask them to turn to each other and talk to each other. Sometimes there is an emotional reaction, or laughter. Even if they think it is silly and goofily over-act, there is still a photograph there. If they think it is a silly idea, a look at the camera’s preview usually is convincing that the photos do indeed look great.

Then, as a third part of the sequence with the bride and bridesmaid, I ask them to give a big hug for the camera, with both facing the camera. This is usually the preferred shot over the first one where we started.

It’s a formulaic sequence perhaps, but in there, I nearly always get a photo with some expression that will make a nice memory of the day for them. Sometimes that spontaneity needs a bit of a nudge.

I used off-camera flash here to give me control over the light.

Because of the fence, I couldn’t quite place it in an ideal position and distance from them. I would’ve liked the softbox closer, and less at an angle from them. But this is a small compromise, since the final images look great. I used the flash in manual mode to keep exposures consistent.