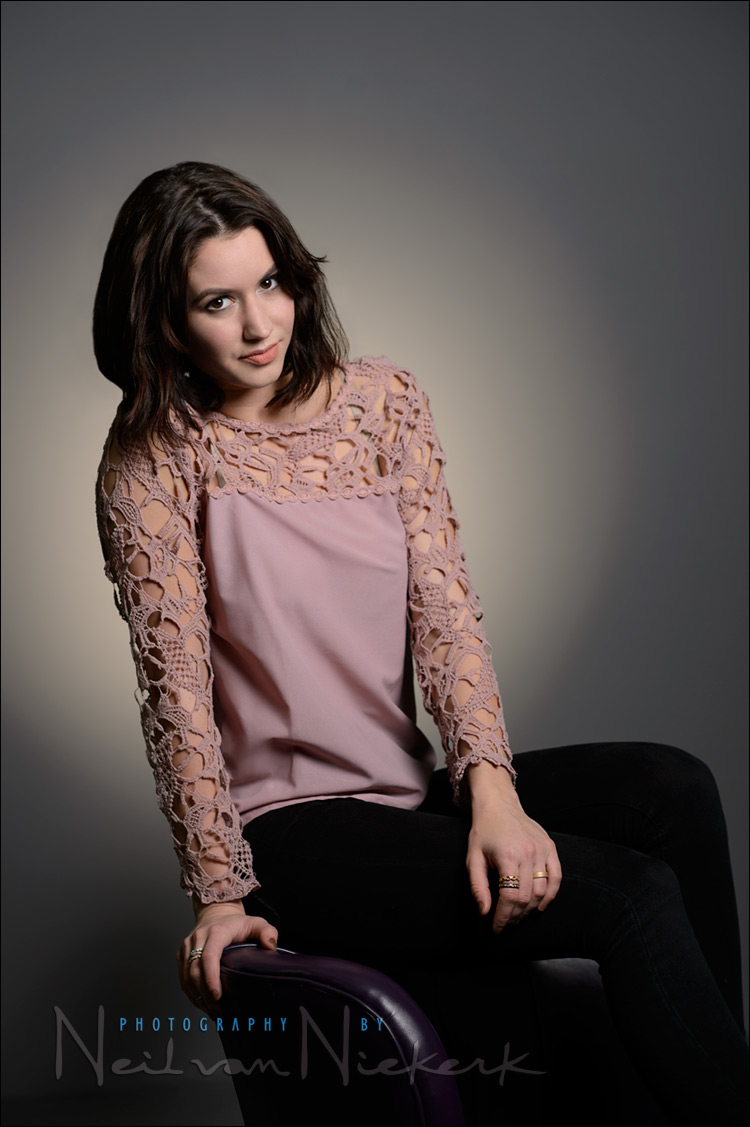 Throughout the numerous articles on the Tangents blog, I’m often asked about how I go about posing people. I’ve described some of it in the article, adjusting a pose with incremental changes. Instead of a traditional way of posing, it’s mostly a “feel” thing, looking at my subject and seeing if there are elements that could be better balanced. This studio portrait of a model, Adrienne, doesn’t follow rigid guidelines of formal portraiture. Her shoulder is a little scrunched up, and her head is tilted to the side. Yet, to my eyes, this works. There’s a “looseness” to it. Yet, I did adjust a few things before firing the shutter.

That is a constant for me – I wouldn’t just fire off frames without being at least partially satisfied how my subject appears in the frame. It’s that delicate balance between maintaining spontaneity (and capturing some of the real personality of your subject), and controlling what you see in your frame. Just firing off frames will rarely give you many successful images.

For all that though, the moment and expression trumps technical perfection. It’s not an excuse to not put in the effort to excel — it’s permission to be okay with a photograph that is awesome despite what might technically be seen as flaws.

In posing someone, there are a few things I immediately look out for: 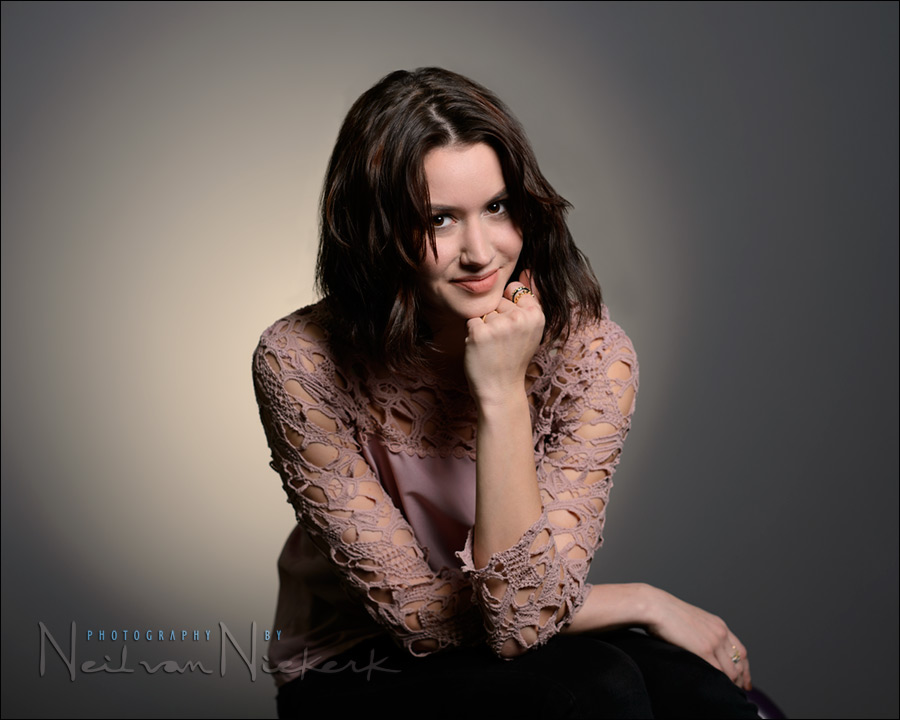 This photograph shows a few of the things I try to avoid when posing people:

Then there are other things I avoid as well:

Note here in this following image how her arms and legs are parallel to the camera, to avoid fore-shortening. I then had her rotate her shoulders more open to the camera. 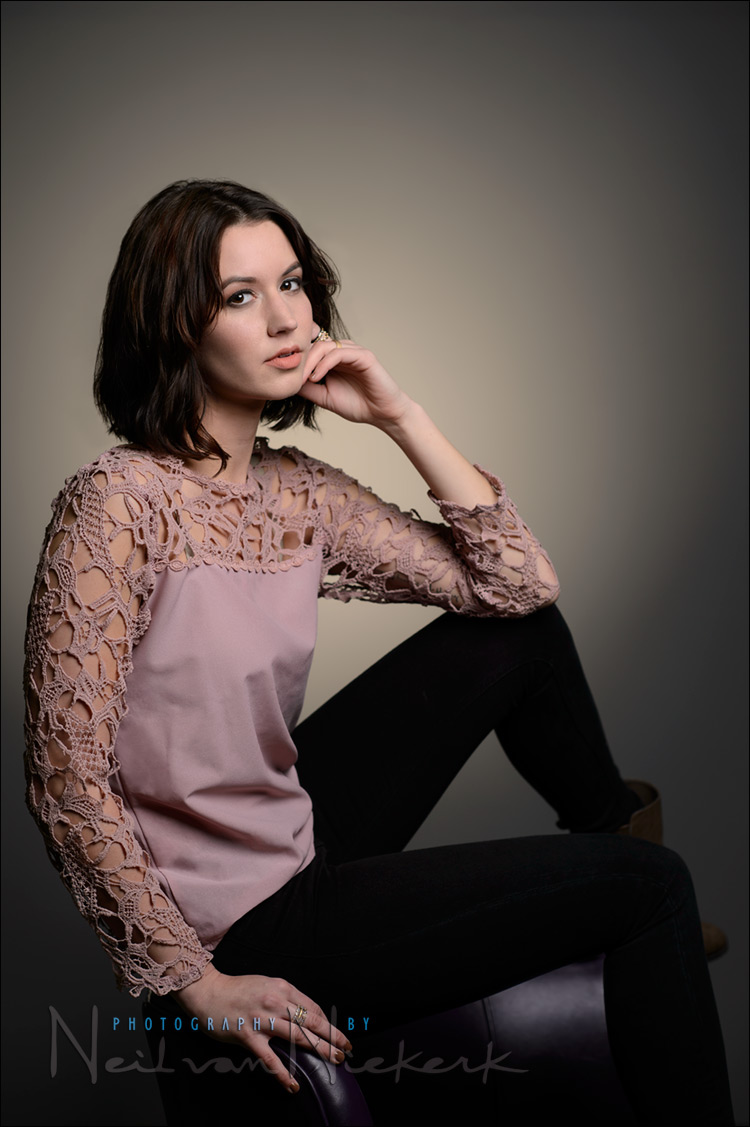 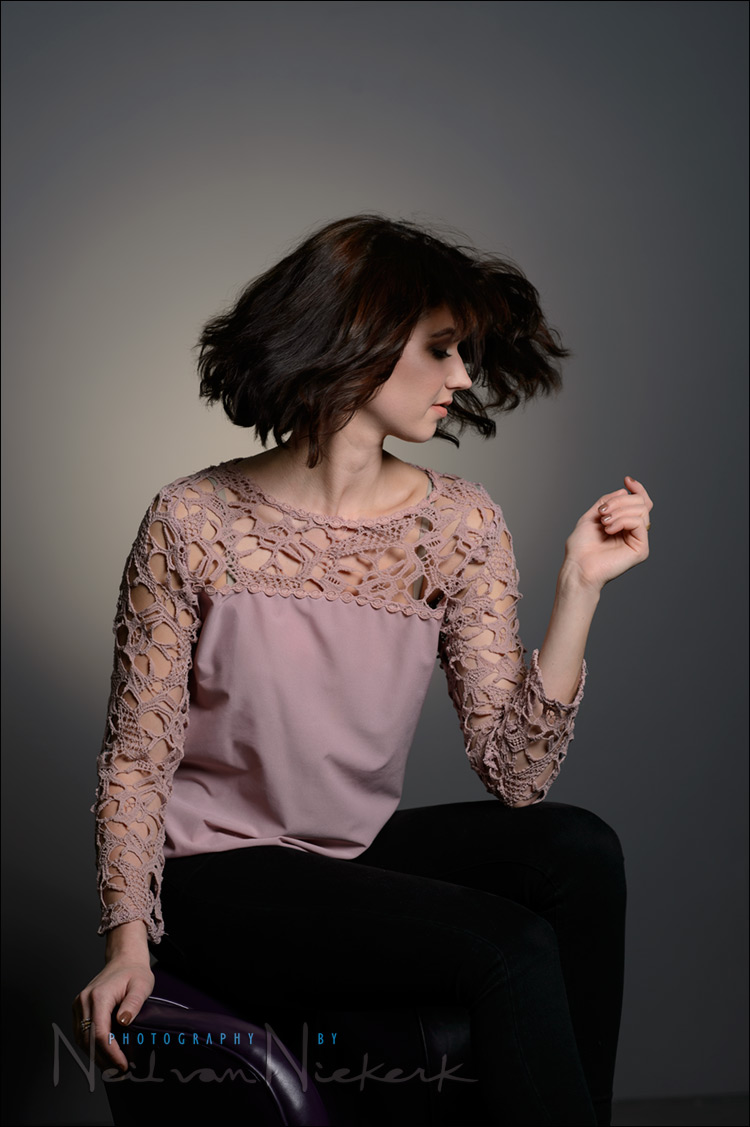 Adrienne, swinging her head to swirl her hair for a few photos. 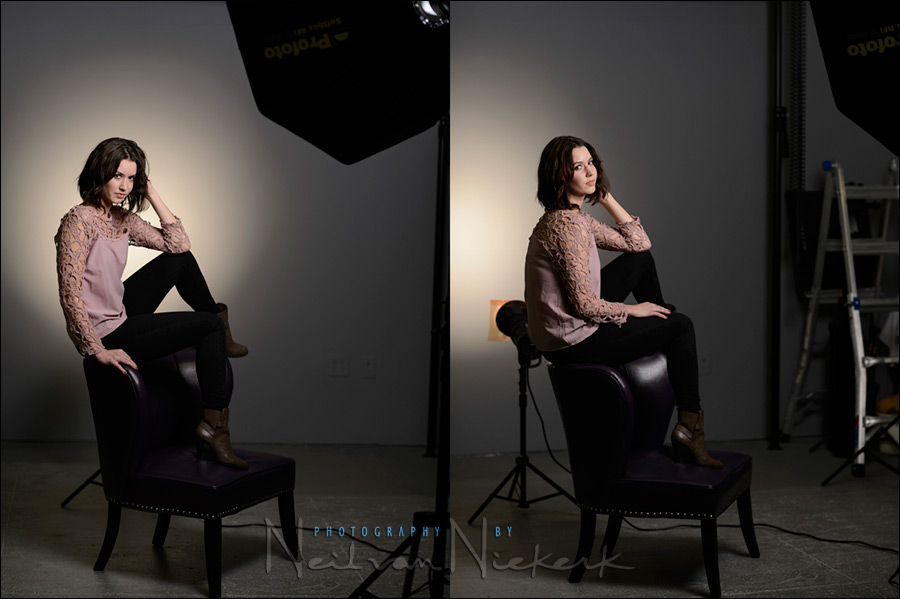 The main light on Adrienne is the 3′ Octa. For on-location work, I have the Westcott Rapid Box 36″ Octabox  (B&H / Amazon) which opens up (and collapses) very quickly. It’s definitely worthy of consideration if you want a fairly large on-location light modifier that is easy to carry, and easy to set up. The Westcott Rapid Box comes in all kinds of mounts, including Profoto, AlienBees, Bowens and Elinchrom.