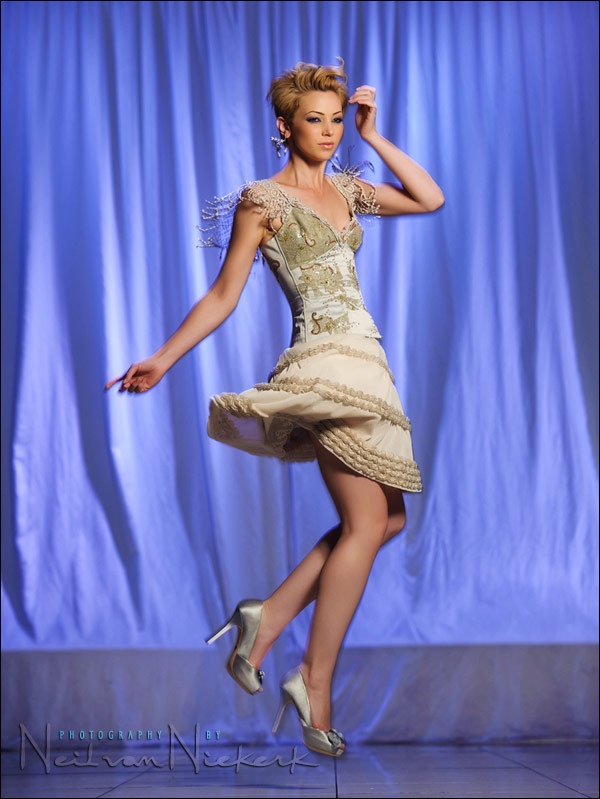 While we would do well to gel our flash when working in a very warm or incandescent spectrum, (such as when shooting at a venue bathed in Tungsten light), the last few articles showed how we can use it to our advantage when using different light sources with different color balance. The effect can be quite dramatic.

The examples shown have been varied:

In the first example (with Bethany as our model), we looked at using random found available light as portrait lighting. With the next example, the effect was purposely sought by gelling our flash for effect. A similar contrast in white balance can also be found by using a Tungsten-gelled LED video light in a non-tungsten environment, forcing all the daylight colors to go toward a bold blue tone. The most recent example showed how we could use the modeling light in the studio with additional flash as rim light, to give a punchy image with warm colors.

Those four examples all had entirely different scenarios, but the same idea was used in all  of them to get punchy colorful images – using light sources with different white / color balance.

With this first image, both the foreground flash and the background flash were ungelled, and shot at Cloudy WB. The blue tint of the drapes in the background, were from lights in the ceiling. This is exactly the same light that gave the strong blue background in the other article on random found available light as portrait lighting. 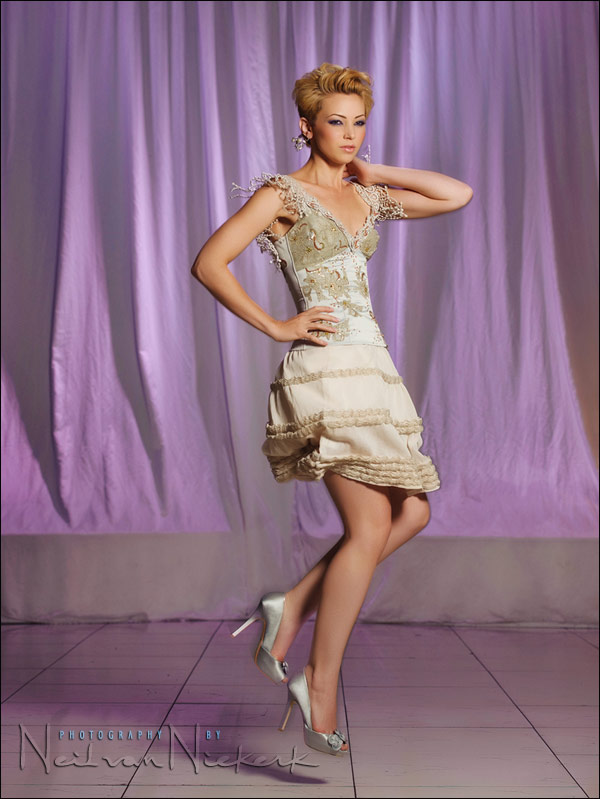 With this image which is the starting point, I decided we could make the background far more bold by once again gelling our main flash (in the Lastolite Ezyboz softbox), with two 1/2 CTS gels.

And this is how we ended up with the final image shown at the top, where the background goes to a neon blue. Quite striking.

The main flash on her was a speedlight in a Lastolite Ezybox softbox, set to camera right. The background light was a speedlight bounced straight up into the ceiling to the left here of our model, and further back than our model’s position.

The motion blur seen there was purposely done by shooting at a relatively slow shutter speed while there was such movement.

Finally, all this is to bring home again the idea that we could use the same thought-process in a variety of situations. While each situation was different with different light sources used, there was a similarity in the approach to the lighting (or even recognizing the lighting). This gives us a method and thought-process to come up with striking images under a variety of conditions – by creating and using light in our images which have divergent color balance.

Photo gear (or equivalents) used with this photo session: